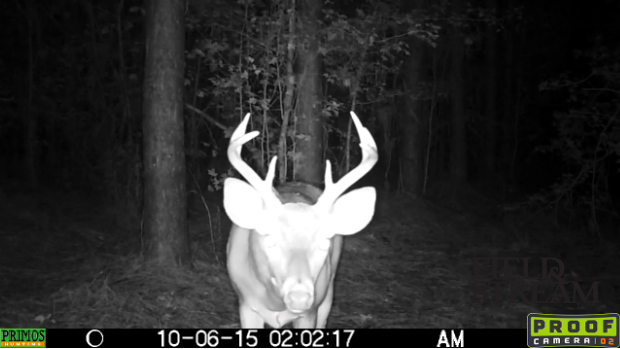 I’ve hunted the Midwest, the mid-south, and the South. I’ve hunted the open prairies of Kansas, to the rolling hills of Kentucky, to the pine thickets of South Carolina, where I now live. Many of the tactics and woodsmanship skills I used in each of these locations were different. Various terrains and food sources, and a host of other reasons demand different styles and approaches. But one tactic applies no matter where you pursue deer: hunting edges.

An edge is anywhere two terrain types meet. Think of them as dividing lines. An edge could be where a CRP field meets a treeline, or where a stand of cedar or pine meets hardwoods. The common denominator is a significant change in the landscape.

Deer are naturally drawn to edges—which is exactly why you should be hunting in these areas. These changes in terrain have played a huge role in how I hunt mature bucks (and deer, in general). Seven of my eight biggest bucks were killed within 30 yards of an edge.

The above video taken in South Carolina is a prime example of a buck working an edge. This trail camera is set where a stand of pine meets a clear-cut. The pines are near maturity. The clear-cut is about a year old; you can imagine how thick and nasty it’s become this year.

I put that camera up to catch bucks that might be dwelling in or near this clear-cut. Deer are spending much of their time within it, but they’re using these open stands of pine to navigate around the edges. This camera is only five yards from the edge.

Grant it, this buck came through at 2 a.m., so he’s not huntable at that location right now. But he’s using this edge, and having a camera there allowed me to lay eyes on him. Now, if someone were to hunt him, they’d have to pin down his daylight dwelling place.

Hunting edges that have an abundance of buck sign is a great way to spend the pre-rut period. If you don’t believe me, take a second look at the rubs you’ve found this fall. I guarantee that more than half of them are within 50 yards of an edge.