In These States, It’s a Great Time to Be Out in the Deer Woods

Overall Activity Status: By most accounts, activity is very high and hunters are seeing deer in the woods. Cooler weather... 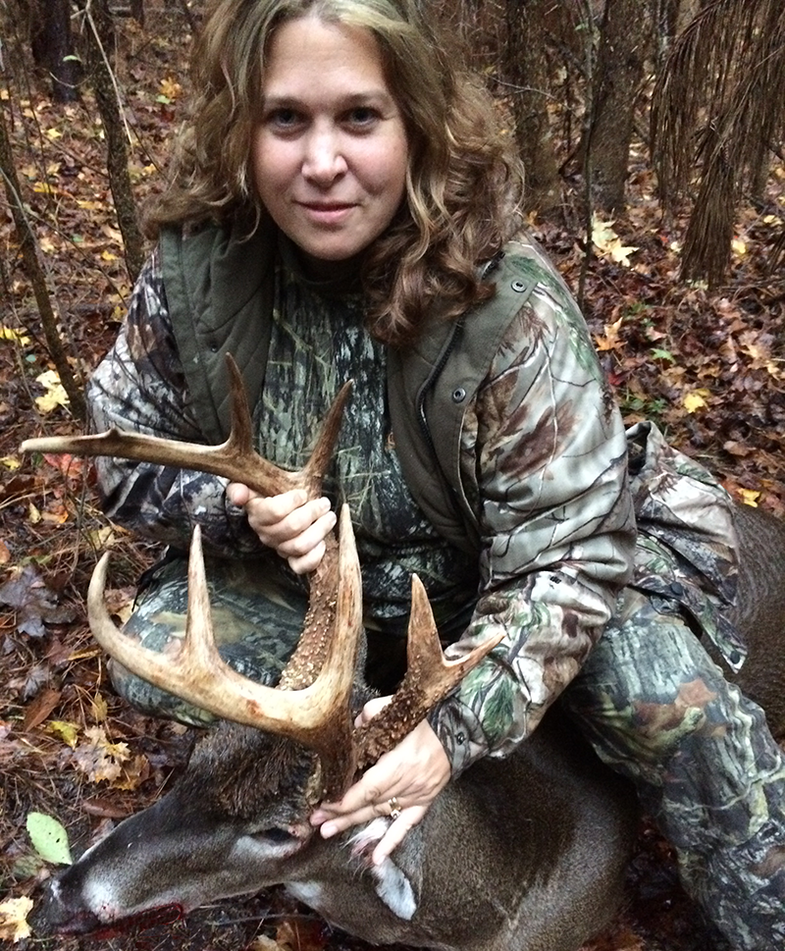 Overall Activity Status: By most accounts, activity is very high and hunters are seeing deer in the woods. Cooler weather along with pre-rut and rut conditions are stimulating excellent movement across the South. The rut is here in South Carolina, Arkansas, and Georgia with numerous reports of mature bucks chasing does. Same with the younger bucks, which have been after the does for several weeks now.

Alabama, Mississippi, and portions of Louisiana are still a few weeks away from their rut, but expect buck sign to be peppering the woods soon if not already.

Fighting: There are likely to be some scraps over estrous does in South Carolina, Arkansas, and Georgia now. Bucks hearing the sounds of bucks fighting may bring them in to investigate, participate, or try to steal away the doe. Stacey Koonce took advantage of such behavior on a recent hunt in middle Georgia.

Koonce’s mother needed him to take her to the doctor, so he modified his plans to do a quick hunt behind his house. “I knew Monday night that I wouldn’t have a long time to hunt, so I just planned to go to a stand behind my house and see what was coming through,” Koonce says. “I had decided also that I was going to try to rattle. I haven’t done this in a long time and only had limited success at best, but I had read somewhere that it was good to rattle at daybreak, so I thought, why not? I was running late on Tuesday but I was seated in my stand at 6:40 a.m., and even though it was beginning to lighten up I had decided to wait a few more minutes before I tried rattling. According to all of the shows I’d seen on TV, when you rattle, the bucks come barreling in wide open looking for a fight.

“At 6:50 I picked up my rattling horns, an old set of Tink Nathan horns, and began my first sequence. I didn’t get extremely aggressive but I didn’t tickle them either. I scratched the tree with the antlers during the sequence and I grunted a couple of times. I did this for about 30-45 seconds, stopped, and then did the same thing about 30 seconds later. I laid my antlers down and waited. At 7:05 I heard footsteps off to my left and saw a good buck come out of the connecting clearcut into the hardwoods, He wasn’t running or looking to fight, but he also wasn’t stopping to feed. He came in with a curious nature, steadily walking with nose to the ground. He stopped 20 yards away broadside with his nose in the air and a split second later my hunt was over.”

Koonce’s buck was a wide eight-pointer that most hunters would be happy to bag, and provided an additional thrill by coming in to rattling. “I couldn’t tell that the buck’s neck was swollen much, or that his tarsals were all black and fluffed but they were dripping wet. I’m convinced enough that I will be trying it again this weekend. I also feel that rattling at daybreak vs. 8-9 a.m. made a difference,” Koonce said.

Rub making: There is still some rubbing going on, but it’s mainly by bucks that haven’t found a doe yet to follow or chase. Most bucks are out looking for or chasing does now and don’t stop to rub much.

Scrape making: Same as rubs: Not a lot of scrape-making going on because bucks are looking for does. But they still will visit and freshen them up if they come by a spot. I placed a trail camera on a scrape and got multiple visits by a variety of deer in three days. Numerous does and buck visited the scrape, including two eight-pointers during daylight hours. It is obviously a community scrape in a high travel area. The most encouraging signs were the many daylight visits by bucks.

Chasing: Chasing is rampant in Georgia, Arkansas, and South Carolina. It’s rut time in these states and the bucks are actively looking for and pursuing does.

Daytime movement: The whitetails are moving during daylight now as much as they will any time of the year. With the rut wide open in South Carolina, Arkansas, and Georgia, mature bucks are on their feet at all hours, including daytime.

Shannel Blewer of South Carolina found this out when she scored on her second buck of the year last Saturday. She was posted near a food plot when an eleven-point 205-pound buck (above) showed up in the afternoon. A yearling arrived first, then the buck. “I saw the yearling looking hard, and I saw three-quarters of the deer’s body walking between the plot I was sitting and another adjacent to it. When I saw the size of the body I knew it had to be a buck. I picked up my rifle and put the sights on the brush that he was behind. I watched him rub the branches as he walked through. When he walked out in the open I looked at his body to make sure that he was a mature buck and then took a look at his rack. I shot, he jumped, and ran about 40 yards into the woods,” Blewer recalls.

Estrous signs: Does are coming into estrus now in Georgia, South Carolina and Arkansas. The active chasing proves this, as does the fact that mature bucks have come out of hiding to do so. The action can be frantic and now is the time to be out there.

X-Factor: When the rut is hot and the bucks are running, a good hunting tactic is to post on open fields and travel corridors to see as much action and real estate as possible. Bucks can show up anywhere in pursuit, and you’re just as likely to see them in open areas as the thickets now.