Is the Rut Over? Not Just Yet.

Overall Activity Status: I spent the first part of this week elbow-deep in ground venison. I finished up the last... 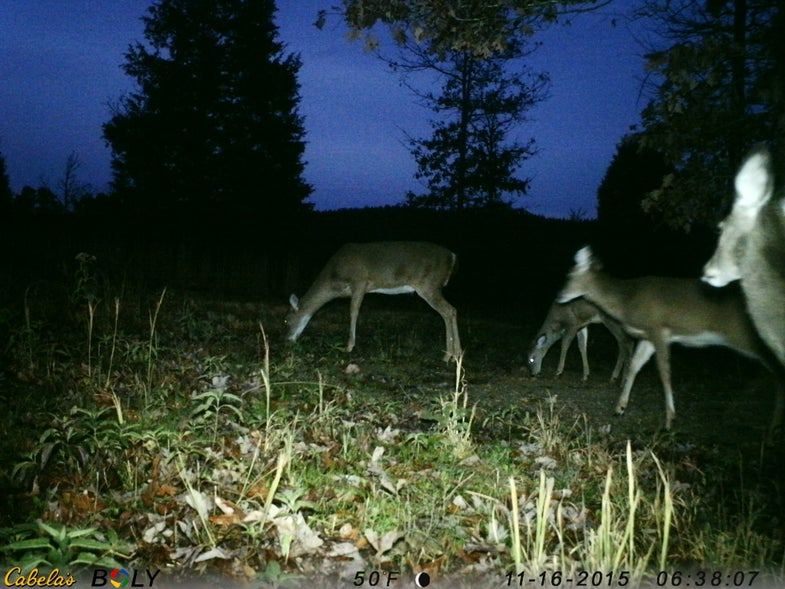 Overall Activity Status: I spent the first part of this week elbow-deep in ground venison. I finished up the last of a big batch of jerky and snack sticks Wednesday afternoon. With a chore like that at hand, it’s difficult to complain about deer season and keep a straight face.

Still, by most accounts, it’s been a tough rut in the Mid-South. Gun season has been open for a week in Kentucky, and while I’ve been seeing some great bucks in my Facebook newsfeed, just as many buddies have reported slow activity. Our gun opener was a little later than normal this year, and I think quite a few bucks—at least the big ones—were locked down with hot does by last weekend. Historically, peak fawn conception dates in Kentucky are around November 15.

I did finally make it back into the woods this morning, for a few hours in a Tennessee treestand. Though it was cold and clear, deer movement was pretty slow. I did catch a glimpse of a good buck, though, scent-checking along the edge of a thicket. We’re definitely on the downside of the best rut activity, but it ain’t over just yet.

Fighting: The buck I killed in Kentucky on Sunday had an antler-tine gouge in his rear-end. My neighbor shot a buck this morning, also in Kentucky, that had a bad front leg, though he couldn’t find a bullet or arrow wound. I’ve seen several bucks with broken tines—even main beams—on my cameras the past few weeks, but I think the bulk of the serious fighting is about over.

Rub Making: I saw a ton of fresh rubs in Tennessee this morning.

Scraping: I haven’t seen a fresh scrape in a couple weeks now. I expect, as bucks begin to cruise a bit more for late-estrus does—often called pickup breeding—some of those scrapes will open back up.

Estrous Signs: It seems the bulk of the breeding has already taken place. Two weeks ago, I couldn’t buy a mature doe sighting over a food plot or corn pile. I pulled trail cameras yesterday, and the girls are back—and already grouping together with last year’s fawns in some cases. See the photo above for exhibit A.

X-Factor: Modern gun season opens tomorrow (Nov. 21) in Tennessee, and though the peak of the chasing action has probably come and gone in most parts of the Mid-South, the pickup breeding phase is a favored one among serious whitetail hunters for killing a true bruiser of a buck. Not only that, down in southwest Tennessee, peak conception dates run a little later, around the first of December. Hunters in the Memphis area probably haven’t yet seen the best of the 2015 rut. Finally, another cold front is forecast to move through tomorrow, bringing with it the coldest weather of the season. There’s still plenty of time to get out there and shoot a big old buck.