Overall Activity Status: Daylight deer activity has been slow to fair this week. It’s been relatively hot and extremely dry—my... 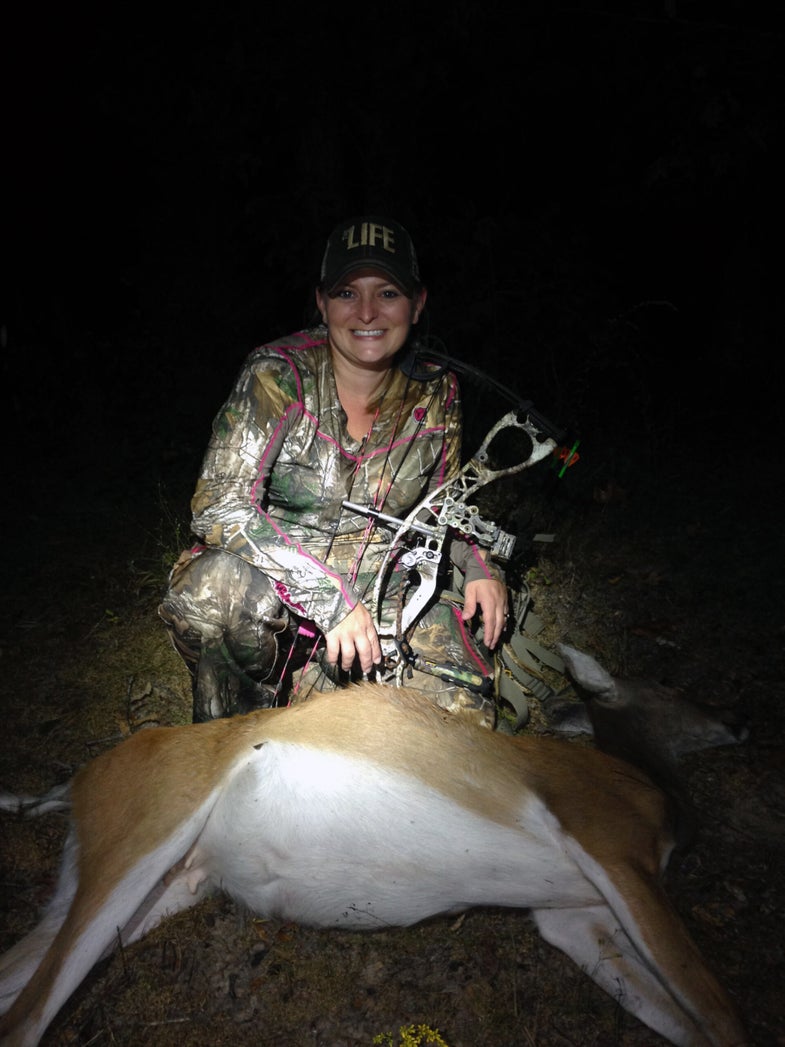 Overall Activity Status: Daylight deer activity has been slow to fair this week. It’s been relatively hot and extremely dry—my food plots are withering up fast, and if we don’t get some rain soon, I’m afraid they won’t last. I’ve hunted three evenings since Sunday, and have seen deer every sit. Aside from a couple spikes, it’s been all does and fawns. Most of the activity has been during the last hour and a half of daylight, and mostly on open food sources like cut cornfields. Michelle, my wife, shot this young doe in a clover plot at around 6:15 p.m. last Sunday.

I saw several does stop to feed under a tall red oak Tuesday afternoon, but that’s about the most I can report in the mast department, at least here in western Kentucky. Yesterday, I spent a full two hours slipping through some of my favorite white oak stands at midday, checking for deer sign and acorns on the ground. While a scattered few (and I mean very few) red oaks were falling and littered with tracks and droppings underneath, the white oaks seem non-existent.

A little farther south, my buddy and pro photographer Kerry B. Wix had a different story to tell. “There are acorns everywhere here,” he said. Kerry is on to a big buck that’s hitting an oak flat, and the guy’s a killer. Tennessee’s archery season opens Saturday, and I expect Kerry has a good chance of tagging that buck.

Fighting: Nothing to report yet, although I’d guess there’s some light sparring taking place. Velvet is shed now, and bachelor groups should be breaking or broken up.

Rub Making: I found my first rub of the season up in the hardwoods yesterday. 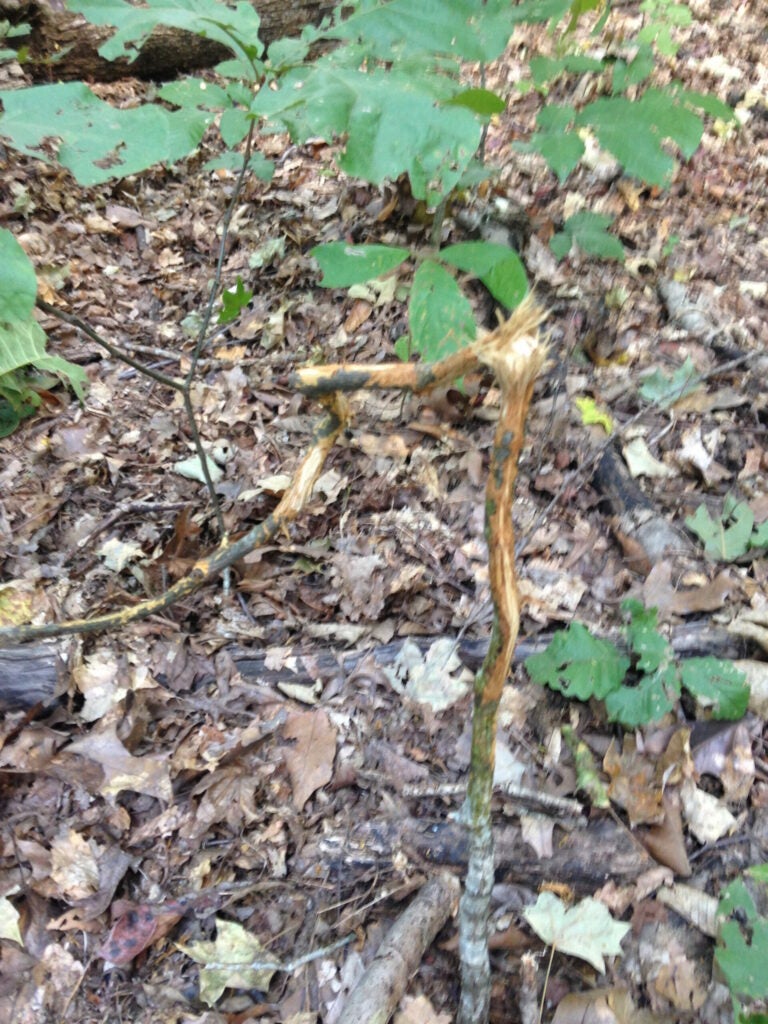 X-Factor: Drought combined with a poor mast crop seems to be prevalent across much of the Mid-South. It’s a double-edged sword. It makes life a little more difficult for the deer herd. They won’t starve, but much of the green browse around field edges is drying up and going dormant a little earlier than normal. Combine that with a lack of acorns, and you’re looking at a fairly substantial shortage of food at a time of year when deer are both shedding their summer coats (a huge energy drain) and trying to pack on pounds for the rut ahead.

Yet, all of that is advantageous to a hunter. As West Virginia’s Chris Ryan reported earlier this week, deer are likely to congregate around whatever good food sources exist under these conditions. If you have access to a cornfield, a bean field that’s still green, a food plot that’s hanging on, or—perhaps best of all—a magic white oak tree that’s raining acorns, you have an outstanding chance of seeing lots of deer right now.