While the rut is coming to an end in much of the nation, it’s yet to even start in South... 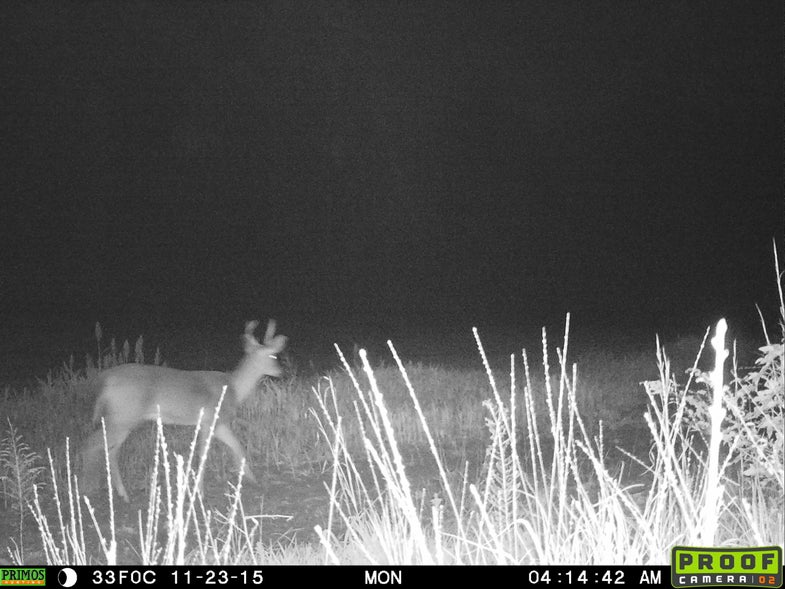 While the rut is coming to an end in much of the nation, it’s yet to even start in South Alabama. Frank Carr of Blackwell Bend Hunting Lodge helps guide about 40 hunters each year, and he says the deer in his part of the world are still in early season patterns. “They are definitely in their pre-rut patterns still,” he said. “Bucks are still in bunches. Does are still doing their thing.”

Don’t expect any sign of rutting activity for several weeks.

“They should start territorial type stuff the last week of December,” Carr continued. “Does should start coming into estrus pretty heavy between the end of January and first of February. We usually kill our biggest deer the last five days of January.”

Fighting: Only sparring for now.

Scraping: He’s only seen one scrape so far, and he attributed that one to a young buck.

Chasing: No chasing to report on yet.

Estrus Signs: A handful of early does may have been bred, but the vast majority haven’t. That action is still a long ways away.

X-Factor: A front will move in around the third or fourth day of December, and that could spark a flurry of pre-rut action. Don’t expect big bucks to do much cruising, but the weather change may be just enough to put a buck on his feet during shooting light.