It’s The Pre-Rut, and Scrapes Are Where the Action Is

Overall Activity Status: We’re into the pre-rut now. Scrapes and rubs are easy to find in about any travel corridor,... 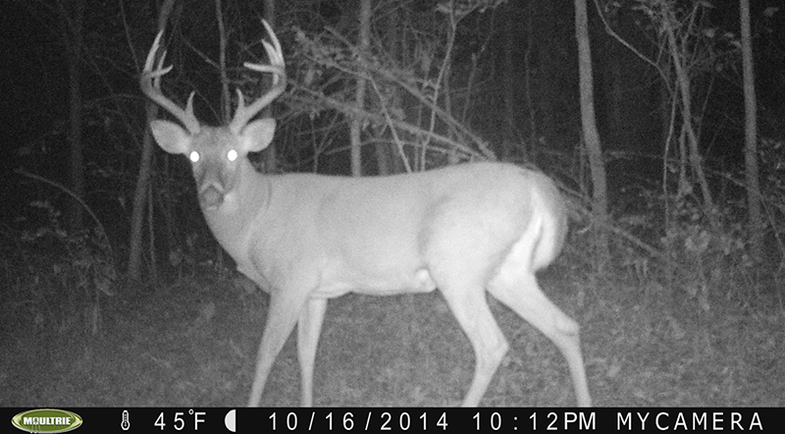 Overall Activity Status: We’re into the pre-rut now. Scrapes and rubs are easy to find in about any travel corridor, but daylight buck activity near food sources has become pretty hit-and-miss. That’s going to change very soon.

Fighting: I’ve referenced it in past years’ Rut Reports, but one of the largest bucks I’ve ever seen shot stormed in to an aggressive rattling sequence that I made during Kentucky’s early two-day muzzleloader season, which usually falls somewhere between Oct. 15 and Oct. 20 (it was this past weekend this year). My buddy and I were in high school at the time, and he shot that buck at 35 steps.
Fights are fairly rare to actually see in the wild, but they are happening right now. And we’re at that tipping point, when bucks are switching from playful sparring to more vicious brawling.

Scrape making: Scrapes are everywhere, and they’re excellent places to hang cameras right now. I had placed a camera over a small scrape for a little more than a week, and captured photos of six or seven different bucks in that time, including the one in the photo above. Most of the activity was at night, but it gives me a good handle on how many bucks are roaming that immediate area.

Daytime movement: Although some days have been better than others, deer movement has been pretty steady all month. I saw deer every sit last week, and managed to arrow a fat doe last Thursday afternoon that strolled into a food plot well before dark.

Estrous signs: Nothing yet.

X Factor: I think we’re about a week away from the season’s first seeking and chasing activity. The enormous mast crop has the Mid-South deer herd in prime shape, and that should mean a few does will come into heat a little earlier than normal this year. If we can get a stout cold front—the kind that drops daytime highs into the 50s—we could see some excellent deer hunting by the end of next week. Rattling, grunting, and all-day treestand sits will be ideal strategies very soon.