Overall activity status: Bucks in Mississippi, Alabama, and eastern Louisiana are rutting now. Local conditions vary, but bucks in these... 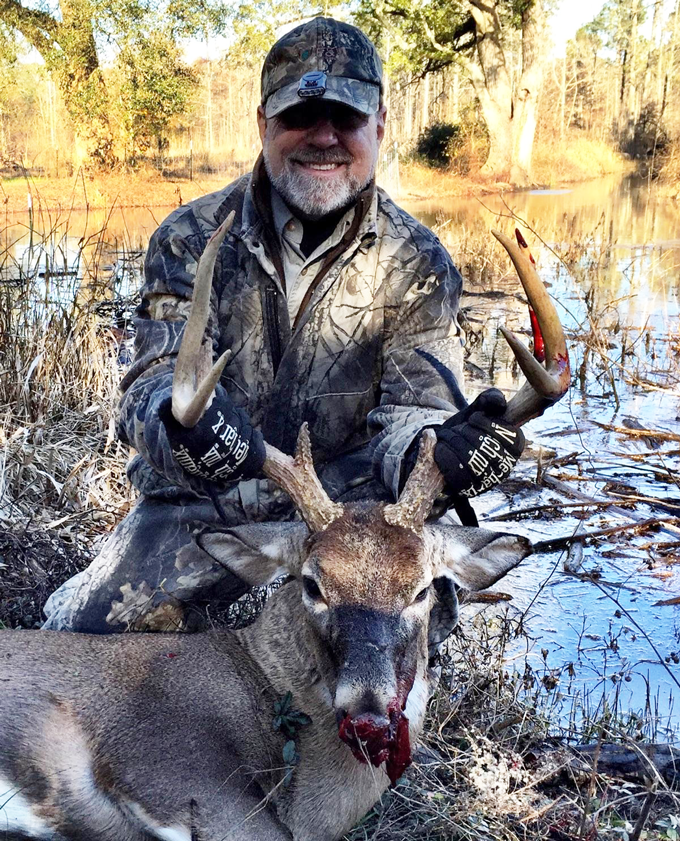 Overall activity status: Bucks in Mississippi, Alabama, and eastern Louisiana are rutting now. Local conditions vary, but bucks in these areas should be on the move cruising and searching for does. The full moon on January 5 may hamper overall activity, but not much will stop a buck from following an estrous doe day or night.

Fighting: No reports, but there’s no doubt that bucks now competing for does in rut states may end up fighting.

Rub making: There is still rubbing going on, but bucks in Mississippi, Alabama, and Louisiana are spending more time looking for and chasing does than they are rubbing trees. A freshly rubbed tree indicates a buck was there, but during the rut he may be some distance away, cruising for does.

Scrape making: Bucks that haven’t found a doe yet will be making scrapes. If you can find a “community scrape,” it may be a good place to catch a buck that’s finished with one doe and looking for another.

Chasing: Hunters in rut states are starting to observe chasing. Typically younger bucks begin chasing first, with mature bucks running after does when the action really heats up. In northern Alabama, Shane Dempsey is starting to see things warming up. “The rut is kicking in. I have seen several young bucks chasing does,” Demspey said. “The upcoming full moon should flip the switch for the rut. The next two to three weeks should be great hunting.”

Daytime movement: Bucks in Mississippi, Alabama, Louisiana, and southwestern Georgia are moving as they search for mates. John Kerr was hunting in southwest Georgia recently and reports good activity. “Hunting was pretty good, with lots of deer and pig movement,” said Kerr. “Several deer were seen chasing, but only my father-in-law Marshall Thomas was lucky enough to catch a mature buck moving. He killed this eight-pointer on Christmas morning at 9:30 a.m. He watched it work a scrape before shooting him. The deer weighed 210 pounds and has five-inch bases. The taxidermist aged him at 5 years old.” That’s Thomas above with his late-rut trophy.

Estrous signs: The increase in chasing in rut states indicate that some does are in estrus or are close to it.

X-Factor: Some hunters believe that the full moon on January 5 will spark the onset of the rut in some areas. There are varying opinions on this, but the rut is close in many late-rut areas, and it advisable to be in the woods during the next few weeks.