Late Rut Has Mature Bucks on the Move

My buddy Kerry B. Wix has already appeared in the Mid-South Rut Report once this season. Back in late September,... 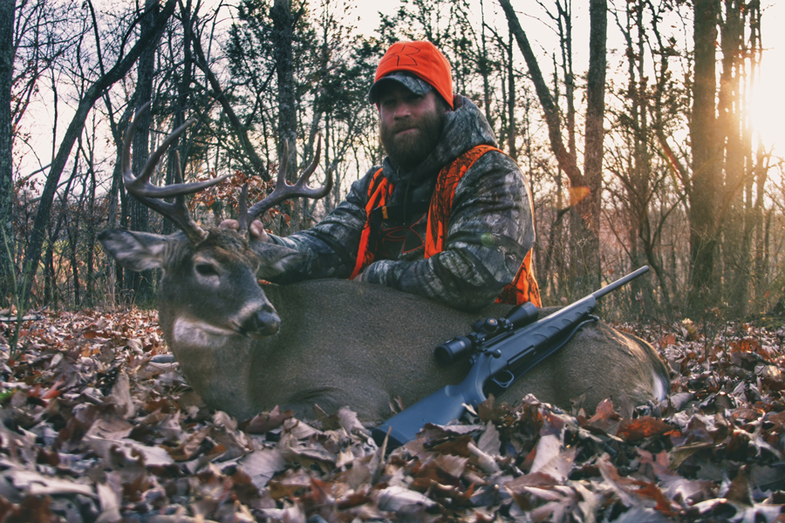 My buddy Kerry B. Wix has already appeared in the Mid-South Rut Report once this season. Back in late September, on opening weekend of Tennessee’s bow season, Kerry shot a big 9-pointer that he’d been scouting all summer. On Thanksgiving Day, he was carrying a camera when his buddy, Nate Smith, shot this gorgeous Tennessee 8-pointer.

“The bigger bucks had been locked down with does for quite a while,” Kerry says. “In fact, we saw this same buck a week or so before Nate killed him, and he had five does with him then. Nate never could get a shot at him that day.”

Kerry and Nate decided to give it another try on Thanksgiving afternoon. They settled into the stand fairly early. That was fortunate, because the buck was up and on his feet well before dark. “We were hunting some timber that bordered a clear-cut, and this buck came walking out of the cut at 3 in the afternoon. We hadn’t been in the stand 45 minutes before Nate shot him,” Kerry says. “The buck was all by himself, and I know he was out looking for does.”

The immediate post-rut can produce action akin to the late, seeking phase of the pre-rut, when bucks are on patrol for a very limited number of receptive does. The difference between now and early November, many veteran hunters would attest, is that young bucks run amok early in the game. But this late-season action is notoriously productive for bigger, older bucks, like the one Nate Smith killed.

Every state in the Mid-South has weeks of available hunting still ahead. But the last, best part of it might be happening right now. Get out there while you can.