Lessons Learned from the 2015 Rut

Photograph courtesy of Kevin Kelley/Flickr It’s mid-December—the seventh day of Kentucky’s late muzzleloader season—and although there are several weeks’ worth... 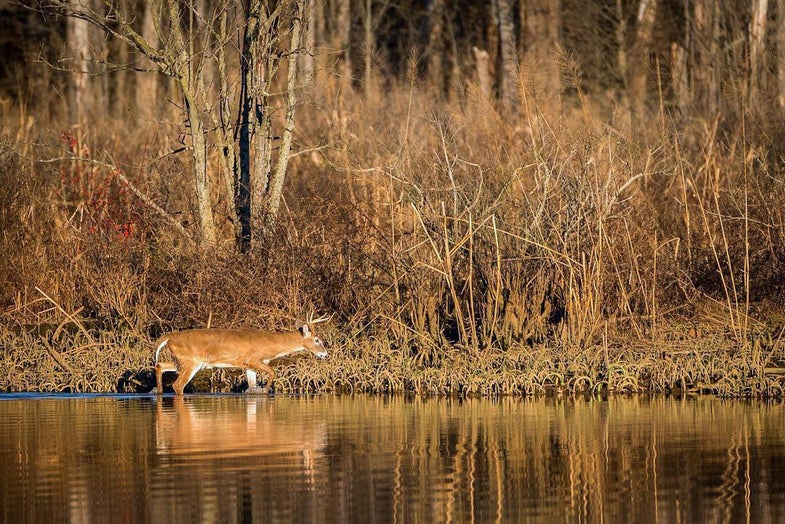 It’s mid-December—the seventh day of Kentucky’s late muzzleloader season—and although there are several weeks’ worth of deer hunting left in the Mid-South, this is my final Rut Report for 2015. To the casual reader, it may seem that one year of talking about rubs, scrapes, and chasing would be about the same as any other. Serious deer hunters know that’s not true at all. The 2015 season, like all the seasons before it, taught its own lessons and stood out for its own reasons. This is what I learned.

1. Trickle ruts are predictable. Since my first year as a Rut Reporter, Chris Ryan with the West Virginia DNR has been telling me that a bumper mast crop equals an earlier, more intense rut, especially when paired with favorable weather. In 2014, we had acorns aplenty, extended cold weather, and indeed, an early, action-packed rut. This year was just the opposite. With a few exceptions, the Mid-South mast crop was a near failure in 2015. The season kicked off with a 100-degree bow opener in Kentucky, and unseasonable warmth was the rule throughout the season. As I write this, it’s nearly 70 degrees outside. Hunters across the region complained of a slow rut this year, and many of my contacts agree that the best of the action was much later than normal this year. In other words, warm weather and few acorns mean you can safely predict a trickle rut.

2. Harvests are up. Maybe the rut wasn’t great, but we still killed the hell out of deer in the Mid-South. In fact, Kentucky is on track for a record harvest. Though there are scattered EHD reports in this region every summer, it’s been a few years since we’ve had any devastating outbreaks. Winterkill isn’t an issue here, and so our herd was in good shape. The sparse mast crop generally concentrated deer around open food sources where they are more vulnerable to hunters. And what good weather conditions we did have came during peak firearms hunting times. Add all that up, and you can expect high success.

3. You rarely regret passing. On the evening of October 18, I set up in the timber hoping to get a look at a big 8-point that was a regular on my trail camera. He stepped out 30 minutes before dark, and I watched him through the scope of my muzzleloader at 40 yards. I let him go because I suspected he was 3 ½. He’s the biggest buck I’ve ever passed in my life, and he would’ve been a full 20 inches larger than the buck I ultimately killed a few weeks later. I got a picture of him last weekend, and so I know he made it through gun season. Several friends have asked me if I wish I’d have killed him instead of the smaller one. Not at all.

4. Keep them close. I had the bow season from hell in 2014. To be blunt, I took some shots that I shouldn’t have and lost some deer. I vowed to never let that happen again. Though I routinely practice at 80 yards, this year, I kept all my shots inside 25 yards and waited for absolute, perfect shot angles. I killed three does with three arrows. I let a big buck get away from me because I passed up a pretty good shot in hopes of a perfect one. Oh well. I’ve all but forgotten that deer. I’ll never forget the ones I lost in 2014. That’s a lesson every bowhunter should learn.

5. Quit worrying and have fun. Your neighbors are going to shoot some bucks. So is the new outfitter that set up shop down the road. On days when it seems like there isn’t a deer in your whole dang county, your buddy on Facebook will kill yet another giant—and gladly share his advice as to what you’re doing wrong. Worrying about that stuff will not increase your deer-hunting success in the slightest, and it’s the surest way I know to make you miserable. Try to remember why you’re out there.

If you’re still deer hunting this season—in the Mid-South or anywhere else—be safe and good luck. Until next year….