Madness Ahead in the Mid-South Deer Woods

Deer have been moving like crazy this week. It was warm and breezy yesterday afternoon, so I took advantage of … Continued 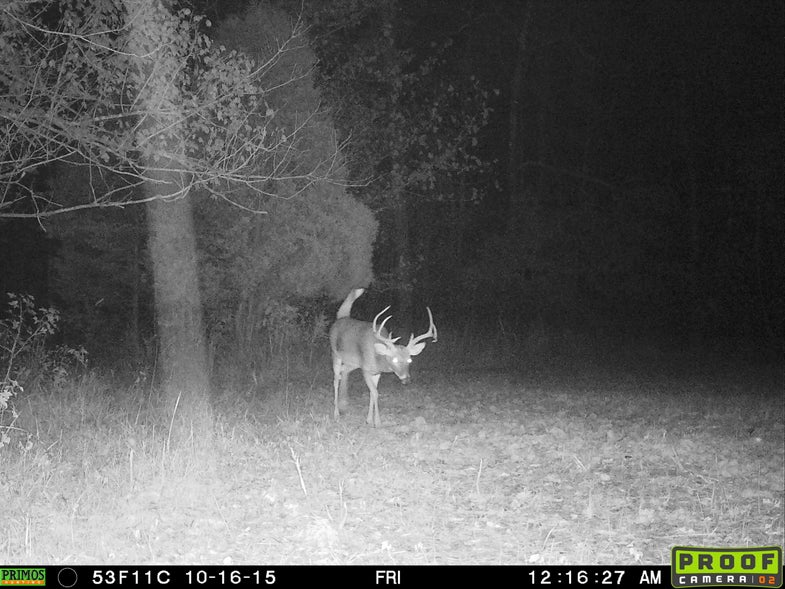 Deer have been moving like crazy this week. It was warm and breezy yesterday afternoon, so I took advantage of what I thought would be a slow evening by moving a lock-on stand. Once it was set, I decided, “might as well change my clothes and hunt.” I climbed into the stand at around 3:30. The first deer—a young buck—stepped out 30 minutes later. I was hunting a large food plot sown with rye grass, and there was a constant parade of does and young bucks all afternoon.

This morning at 11, a hunting buddy called me to say “little bucks are out moving everywhere.” I think he and I will head down across the border, into northern Tennessee, to try our luck this afternoon.

Yet, for all the excitement, the larger deer remain elusive—at least for now. I was speaking with another buddy (and F&S contributor) Kerry B. Wix earlier today. Kerry lives in central Tennessee, and there are times when I swear he has a Volunteer State buck magnet in his back pocket. Yet, when I asked him how the hunting had been lately, he’d barely been in the woods.

“All the mature deer I have on my areas are moving between midnight and 2 a.m. right now,” he said. “This weather’s been crazy. It’s 80 degrees one day, and then there’s frost the next night.”

Although I did lay eyes on a couple good bucks during last weekend’s cold snap, my trail cameras are telling much of the same story. Does and young bucks are on their feet early and often, but the larger deer like the one in the above photo seem to be hanging tight to their beds until after dark.

This is nothing to cause frustration, however, and is in fact a predictable progression of things. It happens every year just ahead of the madness of the seeking and chasing phase of the rut. And that phase is the very best time of all to be in the woods.