Mature Bucks Are on the Chase

The most definitive proof of the rut’s arrival is when a doe stands for a buck, and while hunters occasionally... 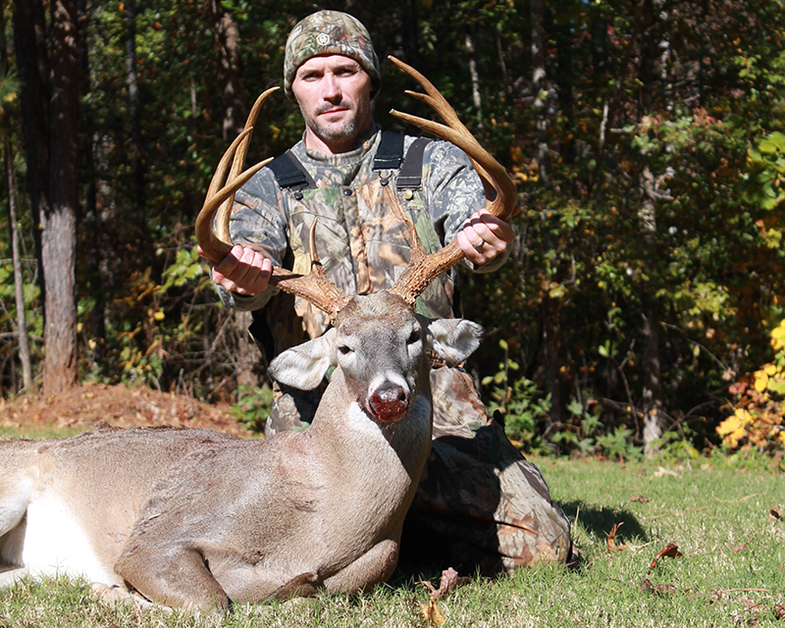 The most definitive proof of the rut’s arrival is when a doe stands for a buck, and while hunters occasionally observe this, it’s rare to see. Another indicator is when bucks are chasing does.

Hunters have been seeing bucks chasing does for a few weeks, particularly in Arkansas, South Carolina, and Georgia, where the pre-rut phase has already moved into the primary rut. But for the most part, the smaller younger bucks have been after the does. The young eager bucks are following and hassling the does that are not yet in estrus, but they’re after them anyway.

Older mature bucks don’t chase does that are not ready. It’s a waste of energy and risks exposure. So when you do see the mature bucks out chasing, the rut is indeed here.

It’s here–and we have the proof.

This past weekend brought cold blustery weather that chilled the South. Numerous times Saturday morning I had to grab the tree I was in because the fierce wind gusts were rocking it. It was not ideal hunting weather, and movement was way down.

But I kept thinking that windy conditions would not stop a doe from coming into estrus or a buck from chasing her, so I kept in my stand. About 10 a.m. I got a text from a friend with a picture of a giant buck.

Jarrod Daniel, who was hunting in the central Georgia county of Walton that morning, decided to get down at 9:30 and trim some branches around a stand. “I continued walking for about 50-60 yards when I saw a doe running,” said Daniel. “I dropped to one knee. When I saw him behind her, he was about 60-70 yards away. I knew he was a shooter.

“I raised my gun, found an opening, and waited. Luckily he had slowed up when he came through the next opening. I found his shoulder and squeezed the trigger. He ran and quickly disappeared in the thicket,” Daniel said.

Jarrod texted his brother-in-law Jeff, who was hunting nearby, that he’d shot a buck but was not sure if he got him. “I waited about ten minutes and started walking towards the spot I had shot him. When I got about halfway there I saw his white belly off to the right about 30-40 yards. I walked over slowly and when I saw his rack, I let out a yell.”

The 150-class 8-pointer shown here weighed 200 pounds field-dressed and was at least 5 ½ years old. Jeff had seen the buck feeding in a kudzu field the last three summers, and they knew about the buck but had never seen him during the season. A hot doe brought him out and into Daniel’s sights.

When mature bucks such as this one get out of their hiding places during daylight and chase does—during extremely windy conditions–you know it’s the real thing. The rut is on now in Georgia, as well as in Arkansas, South Carolina, and portions of Louisiana, and it’s time to be out there.