The glory days of early-season velvet bucks are coming to an end in the Mid-South. As the this video from... 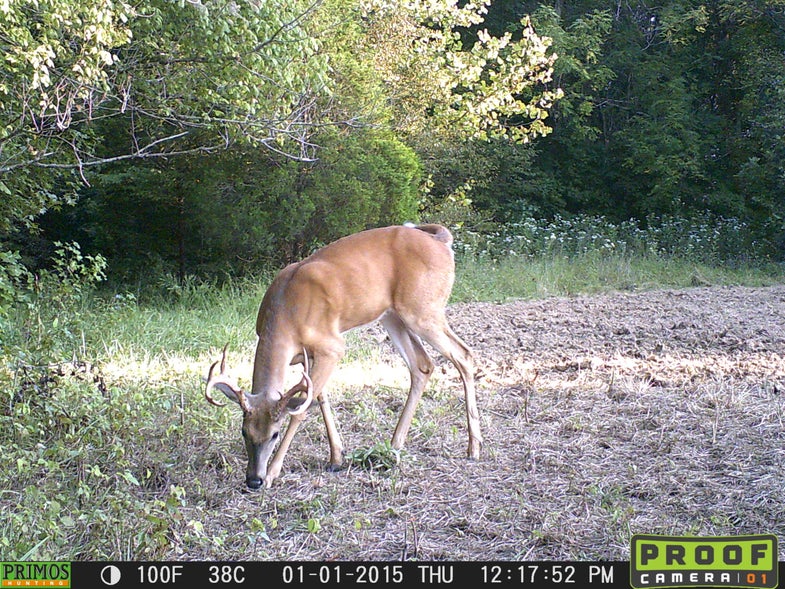 The glory days of early-season velvet bucks are coming to an end in the Mid-South. As the this video from Sept. 9 shows, some bucks—like the larger deer in the foreground—are still holding their velvet, but at this point, more of them look like the smaller guy in the background. I had pictures of him in velvet on September 6. Three days later, as you can see, his antlers are slick. The teaser photo I used for this post also shows a hard-horned buck. I had a glitch with the timestamp on that camera, but the photo was taken late last week.

Bucks tend to go into a period of seclusion after shedding their velvet, but, left undisturbed, they frequently revert back to their summer patterns after a few days. While they rarely again become as visible as they were in late July and August, I’ve gotten on several bucks over the years that were “killable” in late September through the first of October. They start laying down sign—early rubs and scrapes—as soon as that velvet’s gone, too, and can be relatively easy to find.

If you’re like me and missed out on killing your buck during the first days of bow season—or if you live in a state where bow season isn’t open yet—don’t despair. There’s still time to pattern a buck coming to food. And if you can’t, it’s not a bad feeling at all to go into the pre-rut knowing you still have a buck tag in your pocket. That action will be here before you know it.