I must have four dozen assorted arrows around the house, and yet I just sprung for a dozen new ones.... 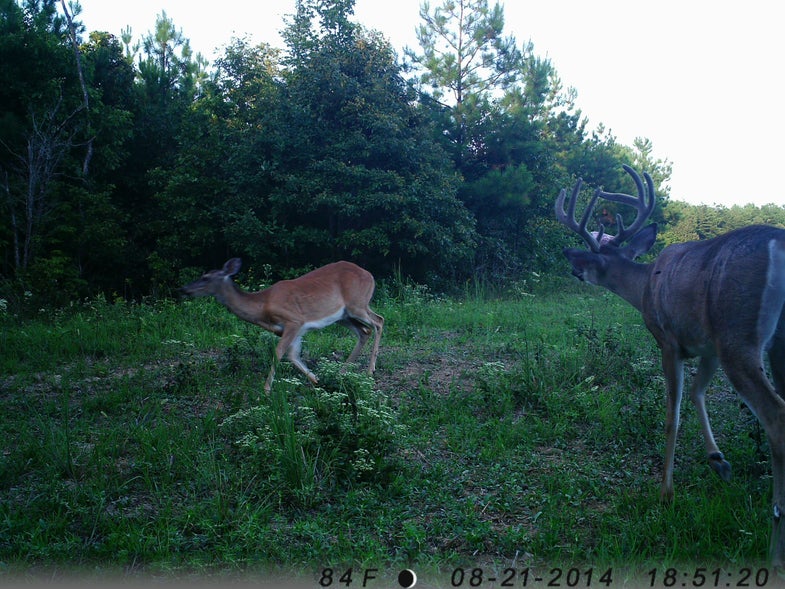 I must have four dozen assorted arrows around the house, and yet I just sprung for a dozen new ones. I’m looking at them from my desk, and I know that before this blog entry is complete, I’ll have to take a break, step outside, and shoot my bow a bit. Archery season opens in mere days here in Kentucky, and I’m ready for it more than ever. August has been miserably hot as usual, but we’ve enjoyed a relatively cool, rainy summer overall – one that has my expectations especially high for a new season. I’ve been getting numerous trail camera photos since late May over food plots, salt licks, and bait sites. There’ve been a few good bucks in the mix, too (for an example, see the photo here, taken just last week). After months of prep work and scouting, I’m excited to finally get to hunt them.

The Mid-South region has had a colder-than-normal winter last year. But winter deer kills aren’t a factor in the Mid-South. Brutally hot summers, droughts, and EHD are. We have some EHD occurrence about every year in this region, and I’ve already gotten a few reports of it in northern Kentucky this year. But so far, there’s been nothing drastic, and we can thank the regular rains for it. EHD is spread by a biting insect that thrives in mud-flat habitat. When deer congregate around limited water sources surrounded by those exposed mud flats, they’re very susceptible to the disease. Regular rains keep the mud holes, ponds, and creeks full, and that prevents deer from clustering around a few water sources.

But the rain brings other good news, too. Lush crop fields full of corn and beans abound in the region. Food plots are thriving. And the early reports I’ve gotten seem to indicate an outstanding mast crop. I’ve made a few trips to the woods to squirrel hunt in the past couple weeks, and I don’t remember ever seeing more hickory nuts and early acorns on the ground. That can spell tough hunting, of course, but for the overall health of the deer herd, particularly during the rut, it’s great news.

Of course, making any predictions about this year’s rut right now are tough. At the very least, the deer herd seems healthy, and there’s plenty of food. The rut will happen – but the degree to which we get to see it, and when it’ll be at its peak, depends on a variety of localized factors.

But despite all the trail cameras and food plots and resources we have these days, it’s the “you never know” feeling that makes a sit in the deer woods so worth your time. Welcome back.