More and More Bucks Are Leaving Their Marks

Overall activity status: Activity is slowly increasing overall. The cooler weather last weekend produced a spike in activity, but the... 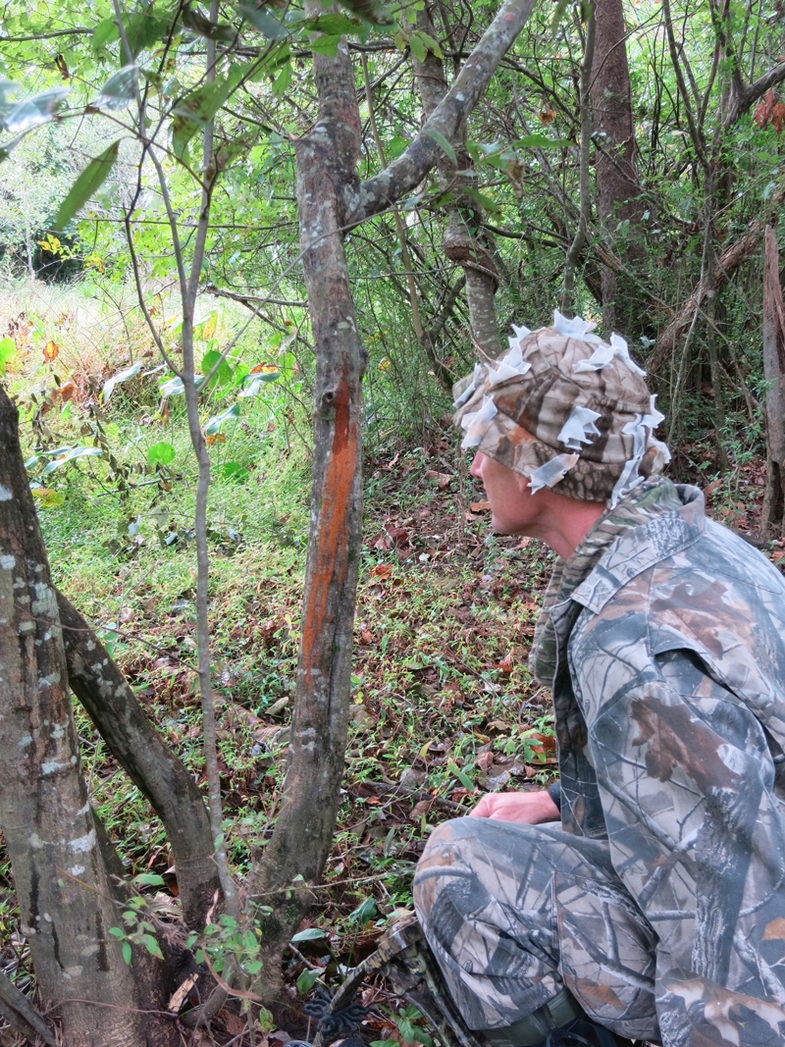 Overall activity status: Activity is slowly increasing overall. The cooler weather last weekend produced a spike in activity, but the current warmer temperatures and full moon have slowed things somewhat. As we edge closer to the rut in South Carolina, Arkansas, and Georgia, expect to see more movement.

Fighting: Jeff Callaway hunts in Morgan County, Georgia and was recently hunting over an acorn-dropping red oak that deer were visiting frequently. As the day dawned he spotted two bucks butting heads down in the creek bottom. “They were young bucks sparring, just pushing each other around,” Callaway said. Most serious fighting is yet to come, but bucks of all ages will be doing some practice sparring.

Rub making: Rubs are becoming more common in the woods as bucks are polishing their racks for some serious fighting around the corner. I spotted a decent-sized rub (shown above) near a swamp this week.

Scrape making: I have only seen a few scrapes, but other hunters are seeing an increase. Bert Crosson is transitioning his hunting efforts in southern Georgia from crop fields that are being harvested to oaks that are dropping acorns He says he has seen a step up in both scrapes and rubs during the past two weeks. It depends on where you’re hunting. Areas with lots of bucks or a hot feeding area will have more scrapes.

Chasing: No serious chasing to report yet, but there are instances of bucks harassing does that aren’t ready yet. Alexander Marshall of Arkansas reports some recent activity. “I did have a buck chasing does two days ago (Oct. 5), one buck with five does, and he was just playing with them, and chasing them in circles around dark.”

Daytime movement: Callaway reports that the deer he is seeing at the popular red oak tree, which includes a couple of nice bucks, show up in in the morning and evening. Most activity is during the first and last hour. Deer may move anytime depending on the weather, but count on most movement still occurring during the first and last hour of the day.

Estrous signs: Still none being reported, but some bucks are anxious for it to happen.

“In Louisiana, deer breed from September to February, depending on area of the state. Deer likely evolved late breeding dates along the Mississippi and Atchafalaya Rivers in response to spring floods, and early breeding dates in the southwestern coastal zone in response to hurricanes. Cold weather increases deer activity, so if a hunter knows the general breeding dates for his hunting area, he can pick the colder days within those date ranges and increase his success,” said Durham.

“Louisiana has received abundant spring and summer rainfall this year. Vegetation (browse) conditions have been excellent. This should result in increased fawn survival and recruitment, and good deer body conditions. Many hunters are managing for older buck age structures and maintaining balanced herds through adequate female harvest. The deer harvest estimate increased 8 percent in 2013-14, and predictions are for 2014-15 to be another stable or slightly better season, given normal or colder than average temperatures. Trophy deer are being harvested in good numbers and the trend for this is up, especially in the hardwood and agricultural habitats and areas where hunters are managing for older aged bucks.”