Peak Breeding in the Mid-South

Overall Activity Status: Last week, I reported that up to this point, the rut has sucked. Judging by the heavy... 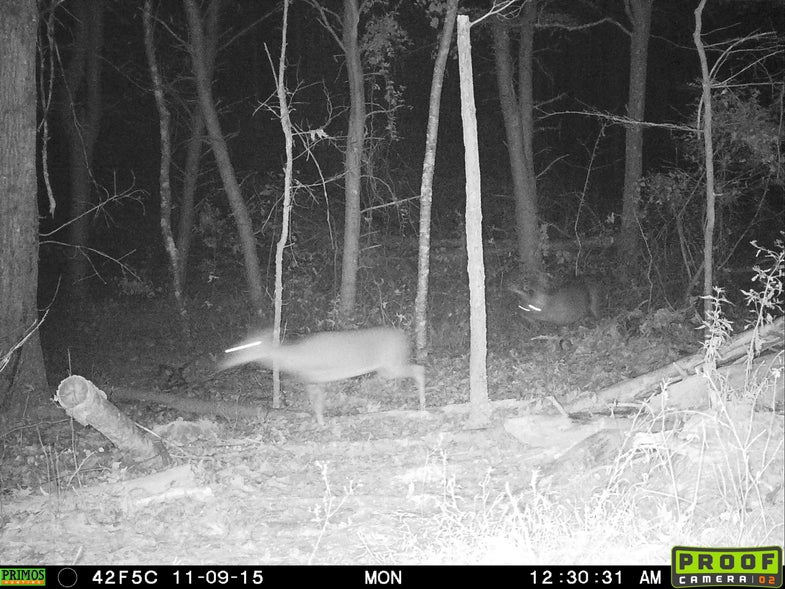 Overall Activity Status: Last week, I reported that up to this point, the rut has sucked. Judging by the heavy response I got from readers, that’s been the case for a lot of Mid-South hunters. Most years, in most of this region, the first week of November is alive with chasing and seeking bucks. Aside from the first few days of September, it’s my favorite time to be in a bow stand.

But it’s as if that action never happened this year. It was hot all last week, and I wasn’t even seeing much buck sign in the traditional areas of my hunting haunts. Several Mid-South hunters have told me the same thing. This year, for whatever reason, the rubs and scrapes just weren’t as plentiful as they usually are in early November.

The action started picking up the end of last week, though. I finally saw a good buck chasing a doe at first light on Friday, and I dang-near killed him. Hunting from a pop-up ground blind is a great way to get close to deer with a bow, but when they’re on the move, getting a shot can be tricky. That’s all I have to say about that sad story.

A cold front then blew through over the weekend, and it’s been more seasonal all this week. Still, the action has been relatively slow. I’m seeing lone fawns nearly every sit, but very few mature does. That’s a sure sign that breeding—and the “lockdown” behavior that goes with it—is happening right now.

Fighting: We’ve been getting photos of a nice 2 ½-year-old buck with a sticker point on our west Kentucky farm since early this summer. I’ve shared some of them here, and Michelle has even passed on that buck a couple times. The most recent photos that I got of him last week showed that his G2 with the sticker point is snapped off at the base. It takes a hard fight to break antler tines.

Rub Making: I’m seeing rubs, but as mentioned, they haven’t been as widespread this year as they usually are.

Scraping: I saw a slight uptick in scraping activity the end of last week, but most scrapes seem to have gone cold since, as bucks are more focused on finding estrus does.

Estrous Signs: We’re only a day or two away from peak breeding.

X-Factor: The front that swept through yesterday is forecast to bring the coldest weather of the season this weekend—just in time for Kentucky’s modern gun opener. It’ll be time to load the rifle, pack a lunch, and sit all day.