Peak Breeding Is Just Days Away

Overall Activity Status: For many Mid-South deer hunters, this past week has been indicative of just how good the rut... 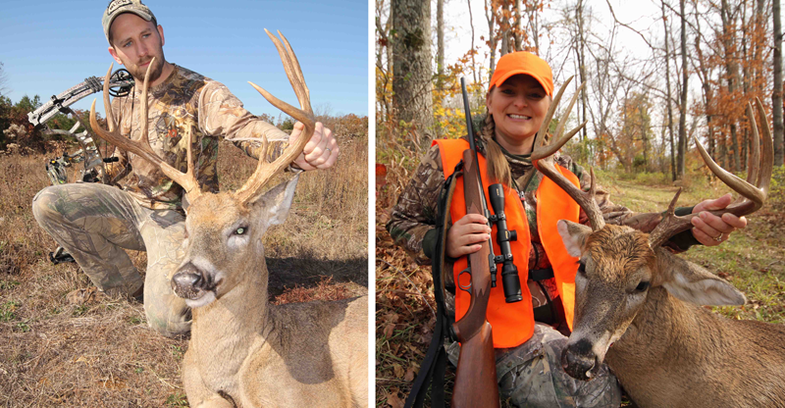 Overall Activity Status: For many Mid-South deer hunters, this past week has been indicative of just how good the rut can be. For me, it’s also been a stark reminder of just how difficult deer hunting—particularly bowhunting for mature bucks—can be. I shot the 8-pointer in the photo above—one of my biggest bow bucks ever—last Wednesday evening, just before dark. He stepped into a food plot and squared off with a young buck that was harassing a doe and a fawn. Unfortunately, my shot was terrible, and I didn’t get my hands on him until Friday morning, after my neighbor found him for me. Though my Kentucky buck tag is filled, I lost the meat and learned some agonizing lessons.

Seeking and chasing seemed to begin almost immediately when the calendar flipped over to November. It reached a fevered pitch over the weekend, just in time for the Kentucky gun season. Carl Doron, owner of Snipe Creek Lodge in Calloway County, reported a record opener for his camp, with several giant bucks hitting the ground.

I sat with Michelle Saturday morning, and she shot this beautiful 8-pointer not 20 minutes into the day. He crossed a food plot 35 yards from our box blind, nose-down on a scent drag I’d made before daylight.

Fighting: Bucks are more focused on finding does than fighting right now, but they aim to kill each other when they cross paths, too. A friend of mine in Christian County, Kentucky, killed a giant 4-pointer on Saturday that began the season as a 10-pointer.

Scrape making: Quite a few scrapes seem to have gone cold, which is typical now. But my brother, Matt, took a huge buck Saturday morning in Caldwell County, Kentucky, while hunting over an active primary scrape. I’ll have more details on that deer in my next report.

Chasing: I haven’t seen but a handful of does in the past week, but I can honestly say that every single one I’ve seen has had a buck of some sort not far behind.

Daytime movement: Overall it’s been excellent, but still locally dependent on weather. Though Michelle killed her buck first thing Saturday morning, the conditions were turbulent for the rest of the day, and that stifled deer activity. Doron keeps a keen eye on hourly NOAA weather trends, and he said the wind shifted numerous times on Saturday, resulting in less-than-stellar sits for his hunters.

“Swirling winds not only makes it difficult to pick a good stand, but it kills the deer movement,” he says. “When they don’t have a constant wind, their number one defense is gone. So they just bed down and wait it out. Good deer activity often depends on stable weather.”

Matt Brantley saw a single deer all day on Saturday (and nearly hunted all day), but saw numerous animals from Sunday morning on, when the conditions stabilized. Doron reported a night-and-day difference in his hunters’ reported sightings between Saturday and Sunday.

Estrous signs: I think peak breeding is just days away.

X Factor: Lock-down and winter storms. The peak breeding phase of the rut is perhaps the most difficult to hunt of all phases. A buck that’s tending a hot doe simply isn’t going to walk around much, especially in the open. Based on all the signs, I think we’re just days away from that phase. Chris Ryan, who works for the West Virginia Department of Natural Resources, agrees. “I hunted Monday and saw several bucks chasing does, and recent reports from area hunters have all said the same thing, ” he says. “Groups of does and fawns seem to still be together for the most part around here, but I would expect bucks to be locked down with individual does over the next couple days. When you start seeing lone fawns wandering around, that’s a sure sign that actual breeding is taking place.”

But this massive winter cold front is bearing down fast, and lock-down or not, it’s likely to produce some good hunting. Today’s temperatures are 20 degrees colder than yesterday’s, and overnight lows are predicted to drop into the 20s by the end of the week. “With the cold weather setting in, I would expect deer to get up and move around in the daylight a little more,” Ryan adds.