Archery seasons are either open or about to open throughout the Mid-South. Kentucky bowhunters have been in the woods since... 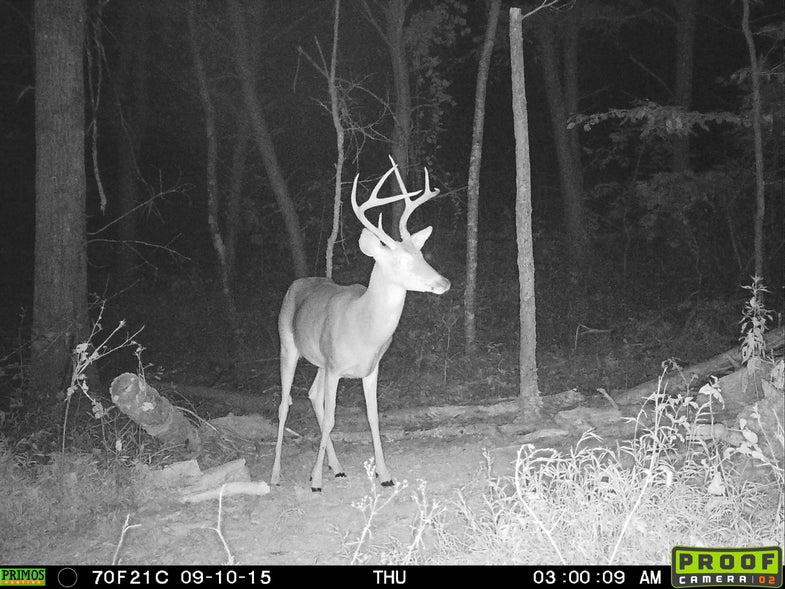 Archery seasons are either open or about to open throughout the Mid-South. Kentucky bowhunters have been in the woods since Sept. 5. Season opened on the 12th in North Carolina. The statewide archery seasons open this Saturday in both West Virginia and Tennessee, and Virginia will open statewide Oct. 3.

Though I’ve heard of a couple decent bucks being killed recently, the flurry of fallen velvet-clad monsters has slowed around here since opening week. Most mature bucks in this region have now shed their velvet and are moving mostly at night (like that guy in the photo above). Though most reports are anecdotal at this point, it seems that we’re set to have a fair to poor mast crop in much of the region this year.

“Last year was a record-setting year (for mast) in North Carolina, so I wouldn’t expect this year to be quite as good,” says John Shaw, a deer biologist with the North Carolina Wildlife Resources Commission.

Chris Ryan with the West Virginia DNR says the results of their annual mast survey were just compiled, and it’s a “very poor year for oaks.”

“I expect people to have pretty good hunting early this season,” Ryan says. “Without a heavy mast crop, deer should be more concentrated around top food sources.”

It seems we have a little of that going on here in Kentucky as well. Though I predicted another good mast crop for this year a few weeks ago, I haven’t yet seen the proof in acorns on the ground—the earliest of which should be falling by now. I can say without absolute certainty that deer are still hammering green food plots, soybean fields, cut corn, and bait piles around here right now. Although mature buck sightings have been zilch for me thus far this season, I’m seeing numerous does and fawns almost every evening sit. Michelle, my wife, and I have been trying to make the most of that opportunity, too. She shot a young doe Sunday evening, and I killed a big, old doe myself about a week ago. Both does were feeding in clover / chicory food plots (and only about 200 yards from one another).

The weather has at least become more tolerable and fall-like in this region, and now that bucks have been shed of their velvet for a few days, I expect to see some more predictable, early-season type movement. I expect to find the first serious rubs of the year about any day, too. Plenty of Mid-South bowhunters should be set for a good opening weekend.