Overall activity status: Activity remains decent, although the current-rut states of South Carolina, Georgia, and Arkansas may be experiencing a... 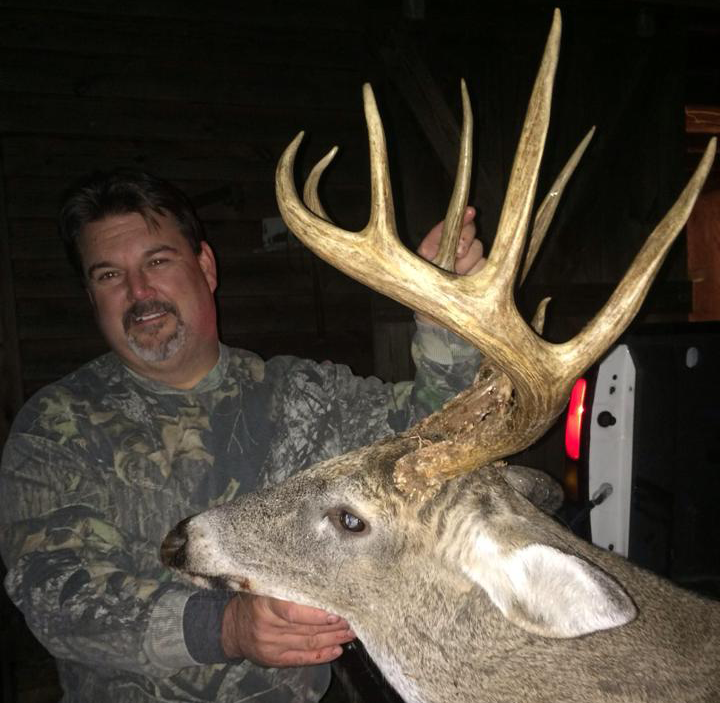 Overall activity status: Activity remains decent, although the current-rut states of South Carolina, Georgia, and Arkansas may be experiencing a slowdown due to a waning rut and weeks of hunting pressure.

Hunters in Louisiana, Alabama, and Mississippi are just gearing up for pre-rut, however, and deer activity is on the upswing. Jimmy Riley of Giles Island, Mississippi said that bucks there are in transition. “They are still in a feeding pattern and in groups, but not the slow pattern they were in a month ago,” said Giles. “Food sources have changed, and now, after having several killing frosts, have decreased. This causes deer to travel farther when feeding. Also, the cold weather has caused the younger bucks to start trying to force themselves on the does. The older bucks that have been around the block a couple a few times just sit back and watch.”

Fighting: Riley also noted some head-banging going on his property. “Sparring has been going on since they lost velvet back in early October. With our one-to-one ratio of bucks to does, this sparring turns into serious fights as the older bucks know they need to establish their territory early before the pre-rut gets here the first week in December. We have seen many bucks with broken tines since the first of November. But that’s what you get with a good ratio, making the competition high.”

Rub making: Rubbing is on the increase in Mississippi, Louisiana, and Alabama as pre-rut conditions creep into the mindset of bucks. Look for more rubs in these areas as bucks advertise their presence and mark their territory.

Scrape making: Same as above.

Chasing: There is still some chasing in South Carolina, Georgia, and Arkansas, but it is tapering off as most does have been bred. Glen Humphries hunts in southwest Arkansas and is still seeing bucks looking for action. “I saw a four-year-old buck and a three-year-old buck looking around hard for does,” Glen said from his stand on Thanksgiving. “A lot of our bucks here have been locked up for a week or so.”

Daytime movement: Movement remains good in most regions, although some areas may see bucks locked down with estrous does or even older bucks weary of chasing and laying low. Too much hunting pressure may have pushed mature bucks back to being nocturnal. Greg Garmon’s strategy is to only hunt the evenings in mid-November to minimize pressure on his Morgan County, Georgia property. It paid off for him last week when he bagged a doe and both a 10- and a 12-pointer, while his son, Dylan, also killed a ten-pointer.

“We got to our spot around 3:30 p.m.,” Garmon said, “and Dylan and I were sitting on a terrace row between two hay fields with our backs to some round hay bales for cover. Dylan was to my right. We used a few blasts from a ‘Buck Bomb’ for a cover scent and Dylan blew a grunt call a few times. A little before 5:00 p.m., I saw movement to my left on the backside of the terrace hedgerow. I motioned to Dylan that it was a deer. The deer was walking briskly away from us. As it cleared an opening, I saw the tines and knew it was a very good buck. There was one opening left, and Dylan had no shot because of a tree blocking him. I quickly fired as it centered the opening, and the buck dropped instantly.” Garmon’s buck, at top, was a huge ten-pointer. The pair returned to the same spot a few days later and Dylan took his first deer, also a ten-pointer. “Both deer were in rut with swollen necks and smelly tarsal glands,” Garmon noted.

My son decided to not hunt with me last Saturday, saying that he thought the rut was over. I told him about numerous bucks over the years that were seen and killed well into late November on our Georgia hunting properties. He stayed in bed while I arrowed a seven-pointer, below, cruising past my stand at 30 yards at 8:20 in the morning. While looking for my arrow, a young ten-pointer also came in and blew at me.

Estrous signs: Estrus does are dwindling in the rut states, and it’s still a little early for the pre-rut states. It’s still possible to see one anywhere, but we’re in a transition period for most southern states now.

X-Factor: Bucks may be weary and cautious after being hunted for a few months now in rut states, but they still are interested in breeding. Go low-key on calling, with soft grunts near thickets and bedding areas to lure out a buck now.