Rut Ramping Up, and Hunters Are Taking Advantage

As the calendar flips from November to December, the rut is ramping up in Alabama, Louisiana, and Mississippi while it’s... 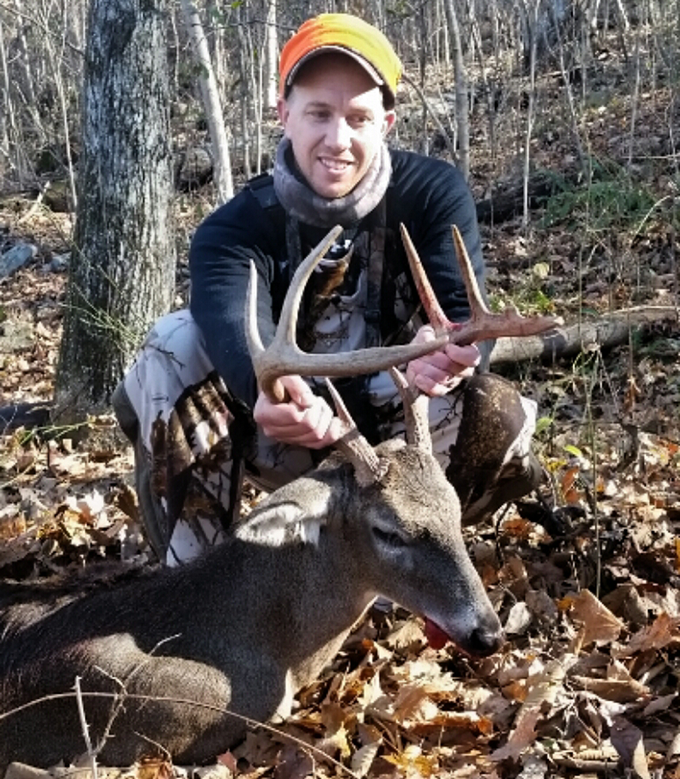 As the calendar flips from November to December, the rut is ramping up in Alabama, Louisiana, and Mississippi while it’s slowing down in Arkansas, South Carolina, and Georgia. But it’s not completely gone. On Saturday outside of Atlanta I watched a doe cross a gas line 70 yards away; 20 minutes later a nice eight-pointer followed her trail. I wasn’t able to entice him away with my seductive calls, and he continued on her trail. Bucks are still interested in the does; it’s just that there are fewer ones out there left to come into estrus.

A coworker who hunts in central Georgia also watched several bucks following does this past week. I have trail camera photos of numerous bucks and does of all sizes and ages checking a scrape. There is still decent activity, but it is slowing down a bit.

The pre-rut is getting closer in Alabama, but some bucks are still bunched up, as Shane Dempsey, who hunts in northwest Alabama, found out last Wednesday while he was still-hunting after dropping off a friend at a stand. When he slipped into a thick cutover, bucks began jumping up. “They were all young four- and six-pointers, and they took off,” Shane said. “This nine-pointer stood up last and really didn’t move at all. He was looking towards all the other deer, and gave me a pretty good view of his body and his rack. After a quick study I thought this deer was an older deer and decided to take a shot. I slipped a 7mm-08 round right through a small opening in the cutover and dropped him on the spot.” The nine-pointer, shown above with Dempsey, was estimated to weigh over 175 pounds field dressed. His rack was 14 inches wide and had 22-inch main beams.

Peak rut times in Louisiana vary widely, but it certainly looks like it’s on in the northwest portion of the state near Bossier City. Barksdale Air Force Base held a hunt last week for military personnel and guests, and 29-year-old Steven Kennon hit it big. The Haughton resident got down to walk around some lanes in a cutover after a fruitless morning hunt. That’s when he began hearing a deer running around and grunting.

Kennon spotted a giant buck with its nose to the ground, grunting and chasing a doe. After some maneuvering, he got into position 20 yards from the buck and yelled to make stop. Kennon shot the buck and was shocked at its size when he recovered it. The 16-pointer, which scored 168 inches, had heavy beams and palmate antlers. The buck, shown here with Kennon, drew a crowd of admirers at the check station (see details here).