Even though deer season is open in portions of Florida and South Carolina, and begins soon in other South states,... 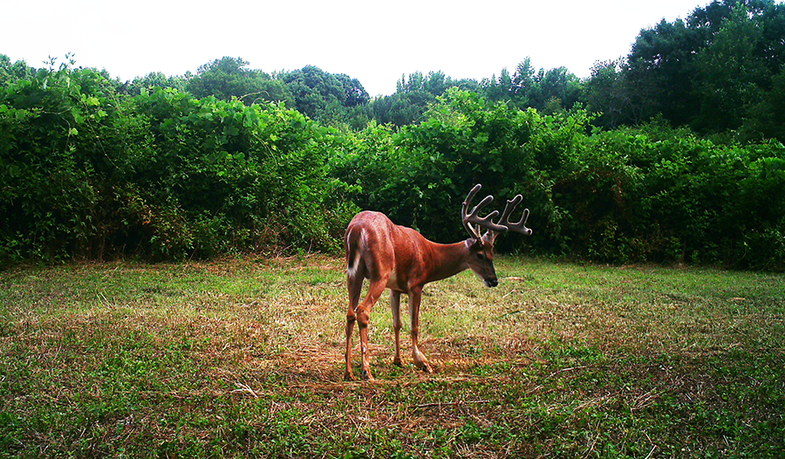 Even though deer season is open in portions of Florida and South Carolina, and begins soon in other South states, the rut is still in the distant future for most of us. But that doesn’t mean we shouldn’t be getting ready for it.

One of the primary activities is setting out trail cameras. These most beneficial hunting tools let hunters get an idea of the deer in his hunting area, which bucks survived, the areas they’re using, and how big their racks are becoming.

Early this July I got trail photos of the great buck shown here. For several days he was feeding day and night on the corn I placed. I nicknamed him “Clubfoot” because of his enlarged right front foot. But he has since disappeared.

Almost every year, it seems, I get at least one really good buck on camera in the summer that seems to disappear by the time the season rolls around. In September, many deer will move out of the area they’d used during summer.

Last season was an exception, when I bagged a nice eight-pointer on opening day right at dusk. Though he was not the number-one buck on my “hit list,” he was a good buck, and I’d had a few pictures of him in early August.

A hunter that I know from west-central Georgia has killed a trophy buck on four of the last five opening weekends of archery season. His strategy is to monitor the bucks all summer with trail cameras and track their activity. By using corn feeders, he attempts to pattern a buck and get an idea of when and where he’ll be each day. He will put up his stands early and stay out of the area the month prior to the season.