Tags Filled as Bucks Transition from Ag to Oaks

Harry Pozniak, owner of River Valley Farms in Cadiz, Kentucky, has been a reliable contact for my Mid-South Rut Reports... 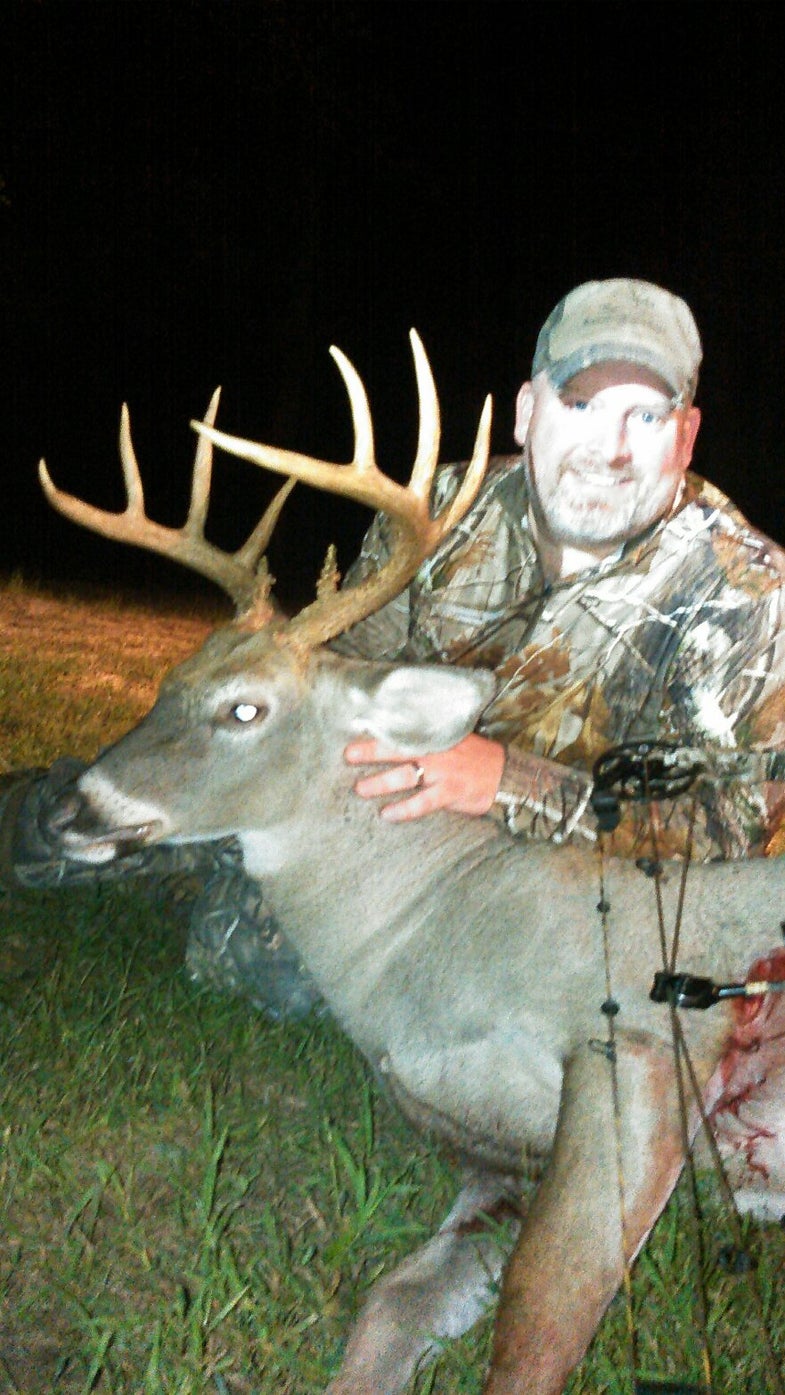 Harry Pozniak, owner of River Valley Farms in Cadiz, Kentucky, has been a reliable contact for my Mid-South Rut Reports for several seasons now. Harry is one of those guys who takes advantage of all the “modern” stuff. He works endlessly on food plots and runs a ton of trail cameras to keep tabs on area bucks for his clients. But Harry is an old-school woodsman, too, able to make quick decisions in the field based on the weather, the deer sign, the topography, and the myriad other factors that cycle through a good deer hunter’s mind.

The two bucks shown here that Harry and his wife, Jana, shot early last week are both great examples.

I actually first learned about River Valley Farms through Jana, as she was a co-worker of mine several years ago, back when I had a real job in an office. At that time, she didn’t hunt, but she tried turkey hunting a few springs ago and liked it. Last year, she went deer hunting for the first time and bagged a doe with a rifle. This fall, she wanted to try bowhunting. She practiced religiously with a new bow all summer.

“I don’t hunt much in the early season, and honestly wasn’t planning to hunt much this year, but we’ve had such nice weather, including the north winds,” Harry says. “With the cool temperatures and that favorable wind direction, I knew of a spot where Jana and I could slip in close to a bedding area and cut off deer that were watering at a pond before heading on out into an alfalfa field for the night. On Sunday, that’s exactly what we did. We set up in an old barn within bow range of that pond, and we probably weren’t 50 yards from bedded deer. The conditions were just perfect.”

Perfect as they were, this was Jana’s first-ever trip to the deer woods with a bow. “I was a nervous wreck,” she says. “Every little sound I heard, I’d jump to attention, thinking it was a deer coming.”

And then, a deer indeed appeared. The buck, still in full velvet, stopped broadside at 20 yards. Jana drew her bow and settled her pin. “I remember thinking, ‘Why is he moving so much?’ she said, laughing. “I realize now he was standing stone still. I was just shaking that much.”

She overcame the buck fever and made a good shot. The buck ran just 50 yards and crashed.

But the week wasn’t over yet. Although Jana’s buck was still relating to the alfalfa, Harry knew some acorns were already falling, and some of the larger bucks in the area had been conspicuously absent from the fields for several days. “I knew of a field-corner that heats up during the rut, but I also knew there were several white oaks in there,” Harry says. “So on Tuesday, I decided to sneak in there for a look around. It didn’t take an hour of scouting to realize the acorns were falling, and deer were wearing them out. So I decided to sit that stand for the afternoon.”

Harry says the hunt that followed was one of the best of his life. “Before dark, I had 11 bucks under me. Six of them were shooters,” he says. “My 10-pointer came in at 6:30, and it was game over then.”

As for me … I’m off to look for some white oaks.