The Rut is On in Central Mississippi

Robert “Junebug” Humphries cherishes his time in the outdoors, and he makes it a priority to chase whitetails each fall.... 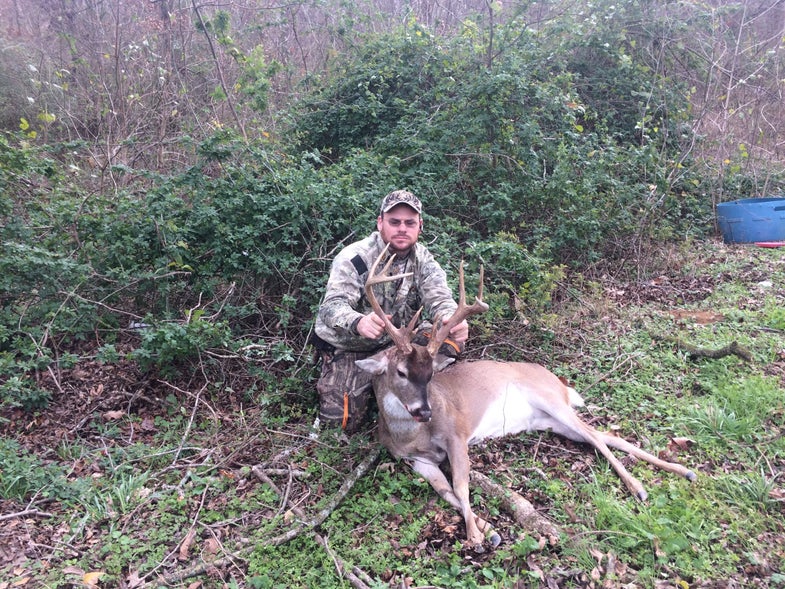 Robert “Junebug” Humphries cherishes his time in the outdoors, and he makes it a priority to chase whitetails each fall. But often, his love for hunting directly conflicts with his job. He’s a towboat driver on the Mississippi River, and he works three weeks at a time. Like most, he’s only able to hunt when work allows. But he found time on Dec. 20. He rolled out of bed and went to his 45-acre property in Claiborne County. He climbed into a box stand around 5:45 a.m. and waited for daylight.

The deer weren’t moving much, despite the cool weather. Junebug passed the time by watching a small food plot in front of him. Long ridgelines loomed to the right and left of him. A stand of timber was behind the box stand.

The 130-inch, 6½-year-old buck he’d just shot sported incredible mass. “I went to shaking bad after the shot. I didn’t have time to shake before,” Junebug said. “I prayed to God when I got my hands on that deer. He was the reason I killed that buck.”

Overall Activity Status: Overall, deer activity has been good this season. However, Mississippi has a diverse rut timing, and so the action can be localized.

Fighting: Nothing to report, but bucks should be tussling in areas with good buck-to-doe ratios.

Scraping: “I have found four or five scrapes recently, and I’m only hunting 45 acres,” he said.

Chasing: At the time this buck was killed, only younger bucks were chasing. Junebug, and my contacts with the Mississippi Department of Wildlife, Fisheries, and Parks (MDWFP), confirmed that bigger, mature bucks have just started chasing. 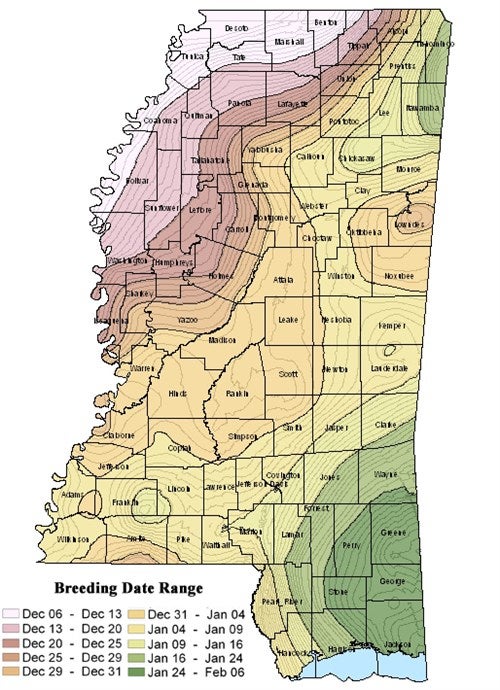 Estrus Signs: Research conducted by the MDWFP predict peak conception dates—for central and (parts of) southwestern Mississippi—to be Dec. 31 to Jan. 5. What hunters are seeing in the field mirrors those dates. Big bucks are desperately looking for the first estrus does right now. “There have been a lot of big deer killed the last two or three days, and most of them were [reportedly] following does,” Junebug said.

X-Factor: Temperatures have been warm for several days now, but that is about to change. The mercury will drop down into the low 30s and high 20s by the weekend. This cold front is timed almost perfectly with the rut. If you’re hunting Mississippi, right now is the time to be in a tree.