The Rut is Rocking in Georgia, South Carolina

Overall Activity Status: Sweet November is here and the rut is upon us … in some places. Two places I... 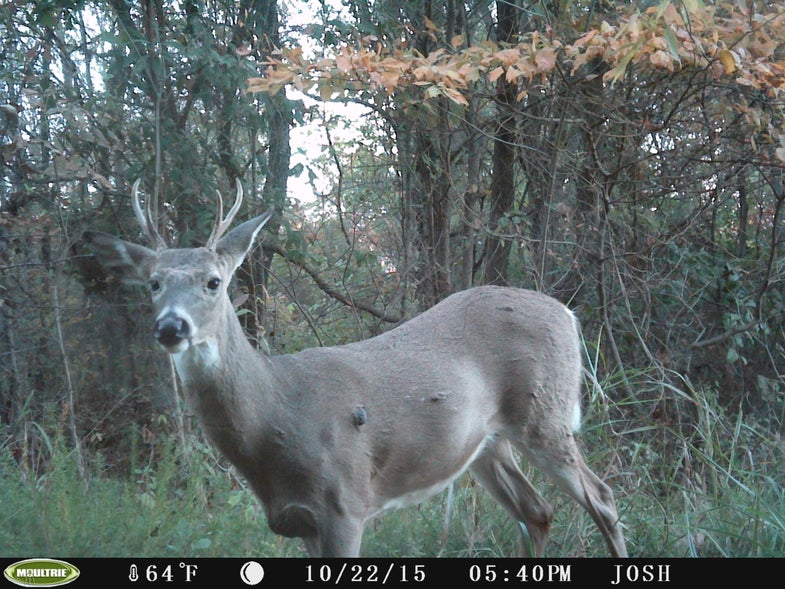 Overall Activity Status: Sweet November is here and the rut is upon us … in some places. Two places I know are experiencing the chasing phase are South Carolina and Georgia. Western Louisiana is seeing an increase in action, too.

I’m getting reports of bucks chasing does all over South Carolina. The daylight cruising and chasing has steadily increased for the last week or two. It appears it could peak within the next several days.

Georgia is a little spottier, though. Rut behavior isn’t really region-by-region. Instead, it’s county-by-county, farm-by-farm, and woodlot-by-woodlot. You have to be observant and scout the land you hunt to know when it’s rocking and when it’s not. If you don’t have a good idea when that is, check out the graph on the Georgia rut to help you get an idea of when that might be. 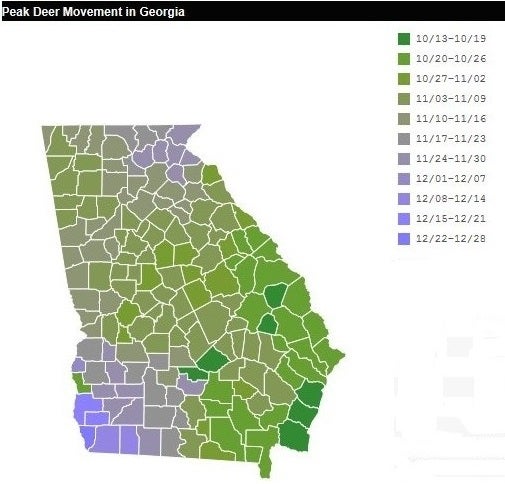 Fighting: Until now, I’ve been hearing of yearling and 2-year-old bucks sparring and fighting, with the occasional mature buck getting in a tussle. Reports are now telling me the big boys have joined in on the fun. That means one thing: Does are coming into estrus.

Rub Making: Buck sign is ramping up in areas where the pre-rut and seeking phases are in play. Those include parts of Arkansas, Mississippi, Alabama, Louisiana, and Florida. Rub making is slowing down in parts of Georgia and most of South Carolina as bucks enter the chasing and tending phases.

Scraping: For the most part, scrape activity is synonymous with rub making throughout much of the South.

Chasing: Bucks are chasing hard in South Carolina. Parts of Georgia are seeing a significant increase in chasing, too.

Estrous Signs: Does are coming into estrus in South Carolina and parts of Georgia. I’m hearing of does beginning to enter estrus in western Louisiana.

X-Factor: Another cold front will sweep across the eastern half of the United States within the next few days. Check your local forecast and see when that front will reach you. Expect sudden drops in temperature to increase daylight activity, regardless of the current rut phase.

Keep after them. November is here. That means the next big wave of the southern rut is upon us. After that, we’ll have about three more months (will vary depending on location) of this on-and-off rut I speak of.