The Shift to Mast Continues

The southern woodlands are going through a transition as we enter fall. The less-humid mild temperatures have made walking and... 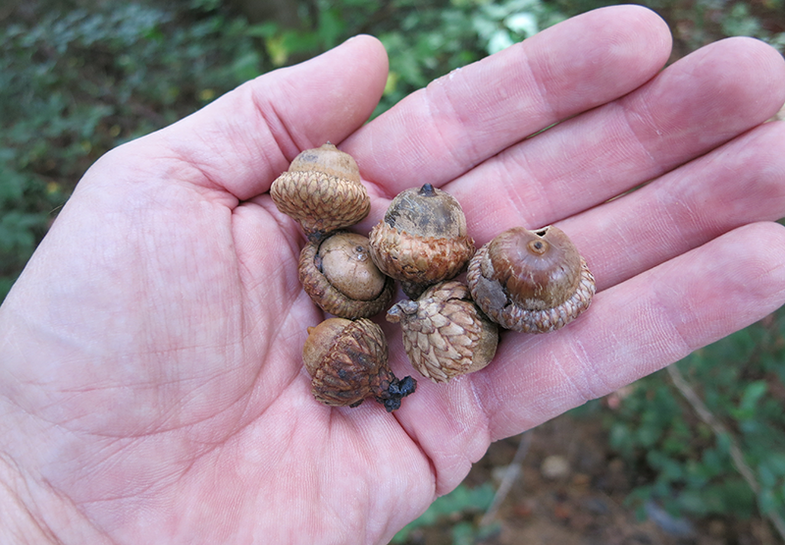 The southern woodlands are going through a transition as we enter fall. The less-humid mild temperatures have made walking and scouting in the woods a bit more bearable. After a successful opening day of archery season where I harvested a doe, my deer sightings have gone downhill. I’ve seen no deer and very little sign this past week. I’ve also checked several white oaks and have not seen any acorns yet.

What I have seen in my Atlanta area are a few red oak acorns (pictured here) on the ground, with signs of deer having fed on them. A hunter from the north Georgia mountains has observed heavy acorn drop in his areas. The deer are moving more in the woods looking for acorns and other natural foods. The few nice bucks that have been killed were taken right at dusk.

Bert Crosson hunts in southwest Georgia and is seeing some acorns form water oaks on his hunting property. “I’m thinking that as peanut harvest continues in the south Georgia, we will see deer transition more from crop fields to more natural food sources such as acorns and persimmons,” said Crosson. “We have a decent crop of persimmons where I hunt, so deer will continue to feed on them until they’re gone. It’s also looking like the bachelor groups of bucks are beginning to bust up, as recent pictures I’ve gotten are mostly of single bucks and groups of does and yearlings. I’m also seeing some fresh rubs in areas that we are hunting, but no scrapes yet.”

Deer seasons in Georgia, Florida, South Carolina, and portions of Louisiana are open already, while the other states’ seasons will be opening soon. Arkansas’ archery season opens this coming Saturday and another good season is expected, according to state Deer Program Coordinator Cory Gray: “Everything appears to be lining up for another great season. We are observing a high amount of fawns. We have just ended two years of harvest of over 200,000-plus animals, and we expect 2014 to be the same.” Zones 4, 14, 15, and 16 had some of the highest overall harvests last season.