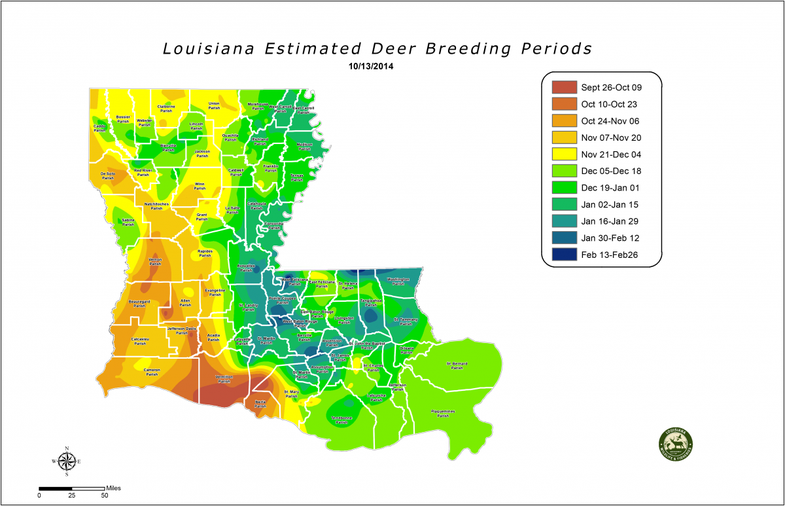 Overall Activity Status: My trail cameras in South Carolina show increasing amounts of daylight activity the last few days. The cooler temperatures are helping with that, but I think the trend will continue even without low temperatures.

Daylight movement aside, it’s been a rough go for South Carolina the last few days. Recent flooding resulted in a temporary 15-county season suspension on the eastern half of the state. The South Carolina Department of Natural Resources (SCDNR) decided to put the season on hold until floodwaters recede. SCDNR felt the extensive flooding was forcing deer to high ground where they could become overly vulnerable to hunters. The following statement was released in a press release.

“Due to unprecedented statewide flooding, the South Carolina Department of Natural Resources (DNR) has declared a temporary closure for hunting within [five] coastal plain drainage systems on all game species except for alligator, doves, hogs and coyotes. The Department has received contacts from numerous concerned sportsmen. The flooding has created potential for exploitation of game species that are deprived of their normal escape routes and confined to small areas of high ground.”

It’s been quiet across the rest of the south. That is, except for parts of Louisiana and Florida. Florida’s rut in the peninsula has been on and off for weeks now. The Louisiana rut is heating up in the southwestern stretches of the state.

Fighting: I’m hearing reports of bucks sparring in Arkansas, Mississippi, Louisiana, Alabama, Georgia, Florida and South Carolina. I’ve been watching yearling buck spar on my trail cameras for about two weeks now. I’ve yet to see any mature bucks go at it.

Rub Making: Bucks are mapping out fall ranges. More than the occasional rub is being found. I’m getting reports of established rub lines throughout the south.

Chasing: A little chasing happening in Florida. Chasing is peaking in southwestern Louisiana.

Estrous Signs: A handful of does are in estrous in Florida. Estrous does are abundant in parts of southwestern Louisiana.

X-Factor: Temperatures have remained steady the last few days, but will be on the rise for the next week. Don’t think deer won’t move. Deer activity increases with temperature swings (up or down). Get out and hunt. This sudden change in temperature might be enough to get deer on their feet.