Velvet and Summer Coats Coming Off, and More Good News

Overall Activity Status: Deer activity has been predictable for the first week of September. We’ve had a couple early fall... 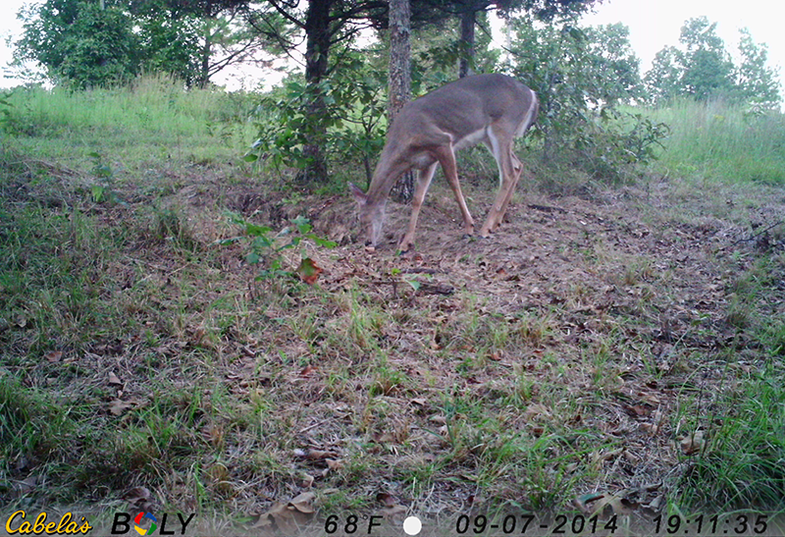 Overall Activity Status: Deer activity has been predictable for the first week of September. We’ve had a couple early fall cold fronts, and the pleasant weather left in their wake has put deer on their feet well before dark in the evenings. Many Kentucky hunters, who are a week into bow season, have had outstanding success already. Deer are hitting bean fields, food plots and some early acorns, but the frequent late-summer rains—unusual for this time of year—have also created an abundance of tender new forbs. I’ve seen many deer picking in mowed scrub fields recently simply because there is a lot of new greenery available.

Fighting: Though some bucks are holding onto their velvet, many have shed by now. Expect to see some light sparring at any time.

Rub making: Nothing to report yet.

Scrape making: Nothing of significance to report, although, as I noted in last week’s post, bucks are paying attention to specific licking branches.

Daytime movement: As mentioned, it’s been difficult to pin down an overall activity trend, as the weather has been turbulent, and deer movement has been changing with it by the day. After a cold front passes, the reality of late summer is quick to set back in. I hunted from a ground blind yesterday evening, when temperatures were around 90 degrees, and it felt like an Easy-Bake Oven inside. I saw plenty of deer, but the action was confined to the last 10 minutes of shooting light.

X Factor: Other states in my region have yet to open, but things are looking promising:
• North Carolina: Deer biologist Evin Stanford also had good news to report. “We’ve had some hemorrhagic reports, but nothing like the devastating event we had in 2012,” he says. “Also, we have the results in from our five-year intensive CWD surveillance study, which concluded at the end of last season. We collected more than 3,800 samples of brain and lymph node tissue from deer, but did not detect any chronic wasting disease. That’s good news.”
• Virginia: Matt Knox, the deer project leader for the Department of Game and Inland Fisheries, says this is one of the quietest EHD years he can remember. “The mast report isn’t in yet, but acorns are falling at my house and elsewhere,” he says. “Last year we had one of the worst mast failures in the history of the Commonwealth. This year, at least, we do have mast.” Knox also reported seeing several deer, like the doe in my trail camera photo above, which have shed their summer coats in favor of darker winter coats, many within the past 48 hours.
• West Virginia: Chris Ryan, who works for the Division of Natural Resources, says preliminary mast crop data looks good. “The official report will be released soon, but we seem to have abundant red oak acorns, and the white oak crop, while spottier, seems pretty good too,” he says.