The rut is almost here. In South Carolina, mature bucks will likely be chasing does within a week. That calls... 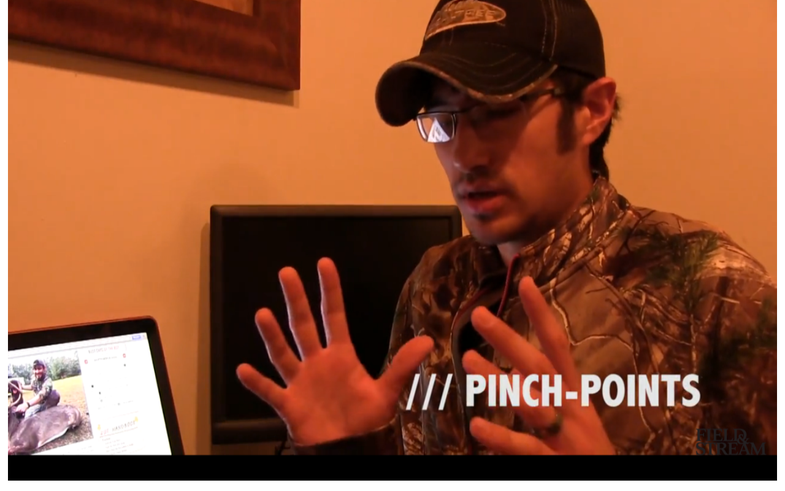 The rut is almost here. In South Carolina, mature bucks will likely be chasing does within a week. That calls for a change in tactics. It’s time to abandon those pre-rut stand sites. Transition over into stands best suited for the seeking and chasing phases of the rut.

I know. You almost hate to read about pinch points anymore because every outdoor writer talks about them, but it’s for good reason. Pinch-points really work during the rut because they funnel deer that are on the move into predictable locations. A pinch point is one of the best places you can sit during the chase phase.

Deer will usually walk through the path of least resistance. If a buck doesn’t have to climb a hill to find a hot doe, he won’t. That’s where saddles come in. Ridges with low spots in them are high-traffic areas for deer. Hang a stand on the downwind side during the rut and you’ll be in the chips.

Bucks and does like thick cover. Hunting in and around these bedding hotspots can really up the odds. One caveat, though: It can’t be too thick of a thicket or you won’t be able to shoot. Set up between a thicket (on the edge of it) and a food source. You’ll be glad you did.

Bucks use long ridgelines like highways. They travel these long ridges as they scent check for does. Be there when big boy comes trotting by.

Don’t forget edges. Deer are edge animals. They prefer places where different geographical locations come together. Examples: Where a CRP field butts up to hardwoods, or where a stand of pine trees borders a stand of oaks.