Ever pulled cards from trail cameras you set a week earlier and found photos dating back months and years ago?... 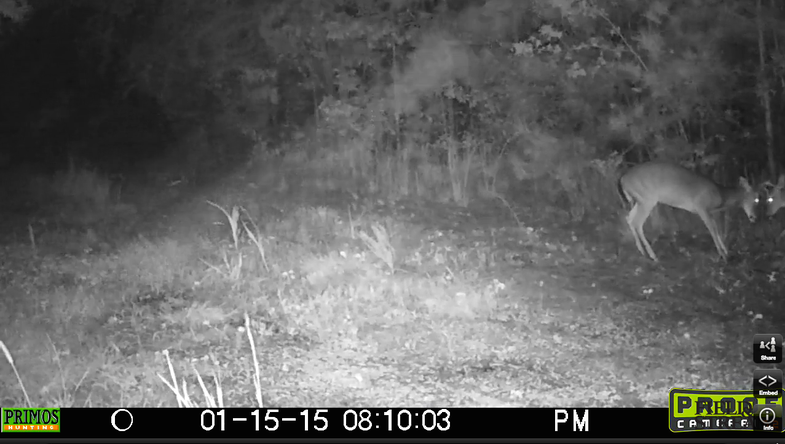 Ever pulled cards from trail cameras you set a week earlier and found photos dating back months and years ago? Yeah, so have I.

I checked my cameras earlier this week and remembered I’d failed to reset the date and time stamp on one unit after a battery slipped out of place. So this video, taken in late September, is dated January, 2015. Hopefully, you can tell by the leaves on the trees that that’s not correct.

My feathers get ruffled when this happens. I don’t just look at photos and videos when I check cameras. I look at all of the subliminal factors, too. Date, time, moon phase, temperature, and barometric pressure—all of these things matter when analyzing trail camera intel.

Still, even though I don’t know the exact date, this particular video tells me a lot. First, bucks are beginning to spar pretty heavily in South Carolina. That means testosterone levels are rising. Secondly, they are sorting out pecking orders. Think bucks only fight in late October and November? Guess again. Some of the biggest buck fights I’ve seen have been in the month of September. This little sparring match took place on September … well, I don’t know exactly which day. But it was the other day.

One other thing this video tells me is that bucks are about to split up (if they haven’t already) from their bachelor groups. Past experience has shown me that sparring activity peaks just prior to the big breakup.

With an incoming cold front, alongside rising testosterone, this could just be a week to tag a good one in the South.