Video: It’s Time to Hunt Mornings in the South

There comes a time during every deer season when the weather begins cooling, bucks start moving more often, and overall... 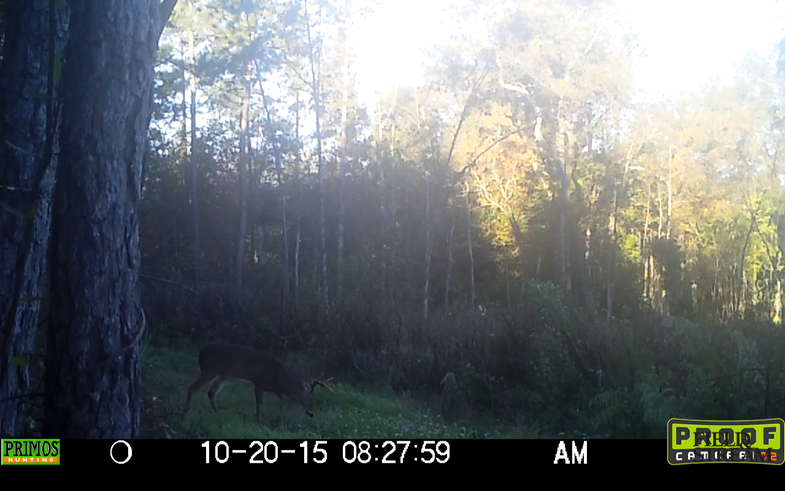 There comes a time during every deer season when the weather begins cooling, bucks start moving more often, and overall daylight deer activity increases. Down south, that time is now.

I checked my cameras in South Carolina yesterday and discovered a significant spike in daylight activity—all within the last five days. I usually don’t see that spike until October 25, regardless of where I’m hunting. It seems to be happening a little earlier this year.

Once I see that, I start hunting mornings. Morning hunts haven’t been much count so far this season, but that’s changing now. I’ll be spending as many mornings as possible in the stand during the coming days.

Overall Activity Status: Daylight activity is really taking off. There has been a huge increase within the last five days. Deer are feeling the oncoming rut and acting accordingly.

Fighting: No reports of serious bouts. Only sparring in most areas of the South.

Rub Making: Bucks are becoming increasingly frustrated and making lots of rubs. Their testosterone levels peak around the beginning of November. You’ll only see more rubs until the majority of does start entering estrous.

Scraping: Scrape activity is heating up and should peak within the next two weeks.

Chasing: I’m hearing numerous reports of young bucks chasing does. My most recent trail camera card pulls support those claims. I’m not seeing any mature deer chase yet, but that could change any day.

X-Factor: It’s going to be warm during the day for the next five to seven days. That means morning hunts are likely to be better than evening hunts. No more sleeping in until that tag is filled. It’s go time.

A cold front is moving in the end of next week. If you can’t get in the woods right now, or don’t get the job done soon, next Thursday through Sunday should be a great time to be in the stand.