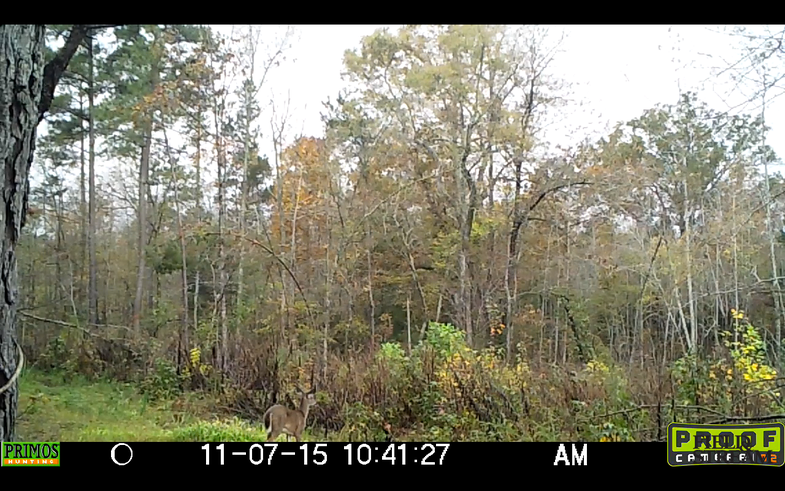 One particularly challenging phase is the peak rut. Most hunters refer to this as the “lockdown” phase, and it’s when bucks are actually breeding, or locked down, with does. It’s a difficult time to hunt.

It’s important to note that the peak breeding runs much longer in the South than in the North. Therefore, you may see peak rut signs and tendencies come and go, again and again.

But one sure sign of breeding is a lone fawn sighting, like the one in this video. This happens when does come into estrus and boot the fawns out. But, the fawns usually aren’t far from the estrous doe during the time she is being courted.

You’ll notice in the video this fawn is adamantly watching something take place. It’s looking down into a thick bedding area. I have good reason to believe its mother was in estrus and being shadowed by a buck.

There aren’t a lot of tactical things you can do other than be in the right place at the right time when this happens. But you can increase the odds by mimicking certain key vocalizations. Mature bucks won’t likely respond as quickly to doe sounds. They already have one. But they might respond to a buck they think is about to make a move on their gal. So try these sounds:

The snort wheeze is a series of bursts of air (i.e.: psh-psh-psshhhh) through the nostrils of a whitetail buck. Think of it as a challenge. Bucks do this when they see a rival buck. It’s a verbal warning to all bucks that they are in charge.

This vocalization isn’t as well known as the first two. It’s a very loud grun, thus the name. Most times, bucks make this sound when pursuing a hot doe, and so it isn’t heard on a regular basis. I’ll venture to say many hunters have never even tried this call. That makes it a good choice—especially in pressured areas.