With the cameras and tape measure finally put away, the guides re-stuffed the giant buck’s cavity with ice and hauled...

With the cameras and tape measure finally put away, the guides re-stuffed the giant buck’s cavity with ice and hauled it to the shed at around 10 pm. But the party went on past 2. Even after the last stupefied hunters made it to bed, I think Buddy Deville would have kept right on grinning and shaking hands and nodding, “Thanks, bud…thanks, bud….”

In case you missed it over on Whitetail 365, Deville arrowed the 200-plus inch velvet buck pictured above on Tuesday evening at Whitetail Heaven Outfitters in Nocholasville, where I’ve been hunting since the opener through Cabela’s Hunting Adventures booking agency.

On Wednesday morning, the guides dragged out the giant buck again, everyone punched “play” on their cameras and phones, and after a long night of telling and retelling, Buddy generously jumped in behind his buck (with his son Seth, at right; head guide Richie Edington; and owner Tevis McCauley’s son Micah) and shared the story once again. 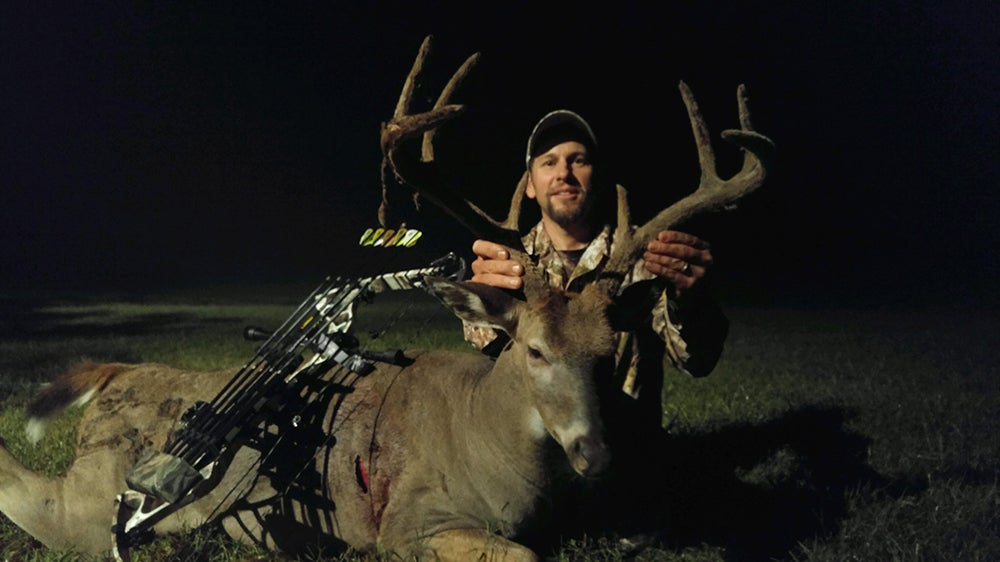 Two more good bucks came in on the following evening, including this tall velvet 8-pointer taken by Bow & Arrow Hunting editor Joe Bell. Almost all of the camp’s hunters saw an uptick in deer movement—thanks to what also came in on Wednesday: heavy rainstorms and cooler temperatures behind them. As I left, everyone was talking about how the break in the heat would create some unbelievable action. Sure enough, I just got word from McCauley that another four bucks came in the night after I left (see below).

While I was at Whitetail Heaven, we had highs in the low to mid-90s almost everyday, and I saw 11 bucks come into camp (not counting the four above). Most topped 140, mine went 150, another roughed-scored 170, and of course, there was Deville’s 200-inch freak. Not too shabby for the middle of a heat wave. The weekend forecast calls for highs in the high 60s. In other words, it’s going to be on fire. If you hunt the Mid-South, you need to be in a treestand this weekend! 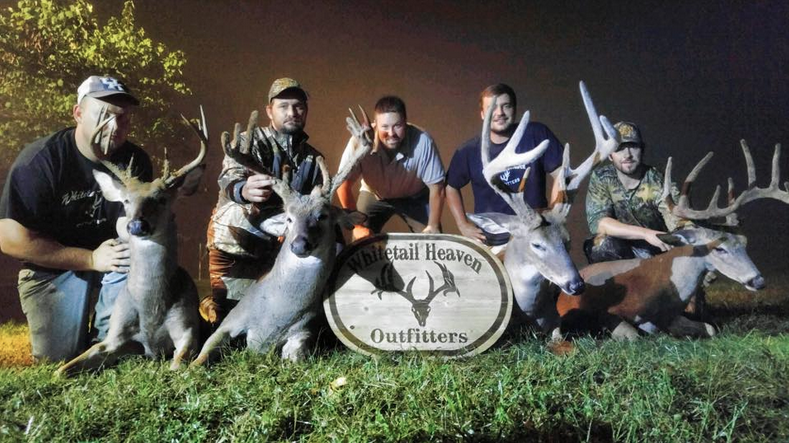