Being a Rut Reporter was my first steady freelance gig for Field & Stream, and it’s a project I still... 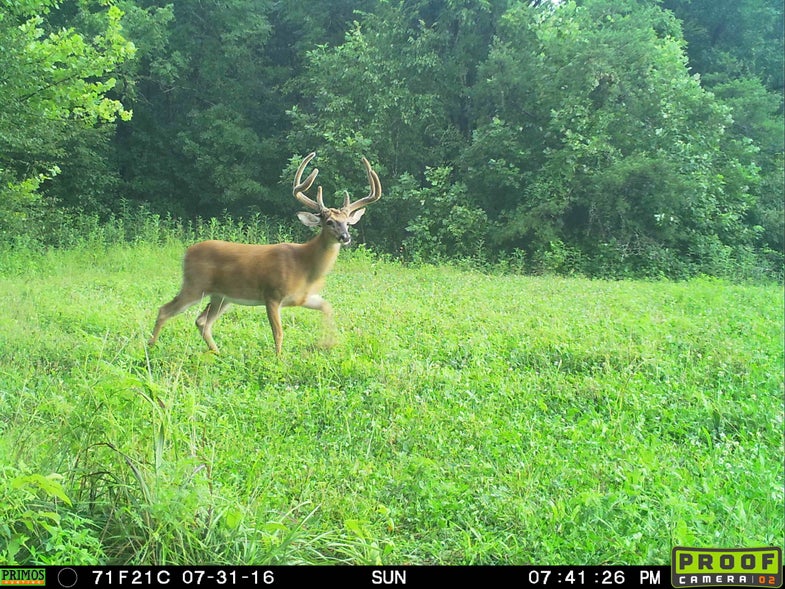 This is a trail cam pic from back in July of the giant 6-point buck I've been after for two seasons. His name? The Big 6, of course. Will Brantley
SHARE

Being a Rut Reporter was my first steady freelance gig for Field & Stream, and it’s a project I still anticipate each season. It has some obvious benefits, some of which are admittedly selfish. Rut Reporting forces me to go deer hunting because, hey, there’s only so much you can say about the woods from the comfort of your desk.

But more than that, Rut Reporters provides a genuine service. Like any deer hunter, I’m guilty of becoming caught up in the moment and using the activity I’m seeing on the few small farms I hunt as a barometer for what’s happening throughout the region. Fact is, deer action is often local. That’s why we lean on experts from across the nation—hardcore hunters, guides, outfitters, and biologists—to supplement our own first-hand information.

If I had to criticize the program, I’d say the name is a little misleading. Rut Reporters is a catchy title, and we all look forward to that big dance in November. But there’s a lot of great deer hunting before and after the rut, and that’s why, in addition to reporting on buck sign and chasing, we spend a lot of time talking about preferred food sources and weather trends for a given week. Fact is, whether you prefer hunting the early or late season, the pre-rut or the rut, there’s a lot of good information from every phase shared right here.

For 2016, you’ll see a few changes to Rut Reporters. The biggest is that we’ve consolidated our reporting regions into four: The Northeast, the South, the Midwest, and the West. Our reporters are no longer limited to their home regions. We’re free to “jump regional lines,” so to speak. We might step outside the whitetail world on occasion to report on mule deer and blacktails out West. And many of our updates will happen via our social media outlets, so follow us on Facebook, Twitter, and Instagram.

Finally, and most important, we invite and encourage our readers to play an active role in telling the story of this deer season. If you have a picture, video, or update you want to share—it can be a trail camera photo, a hero shot of your kid’s first deer, or just a cool story from the woods—e-mail me at will.brantley@bonniercorp.com, and we’ll talk deer hunting.

As to the giant 6-point buck in the photo above—well, I’ve been after him since the Kentucky season opened a couple weeks ago. On Sunday evening, I saw him for the first time on the hoof. I’ll be sharing that story soon.