What We Learned From the 2014 Deer Season

If I were to gauge deer seasons strictly by the numbers, 2014 would be my best ever. Michelle and I... 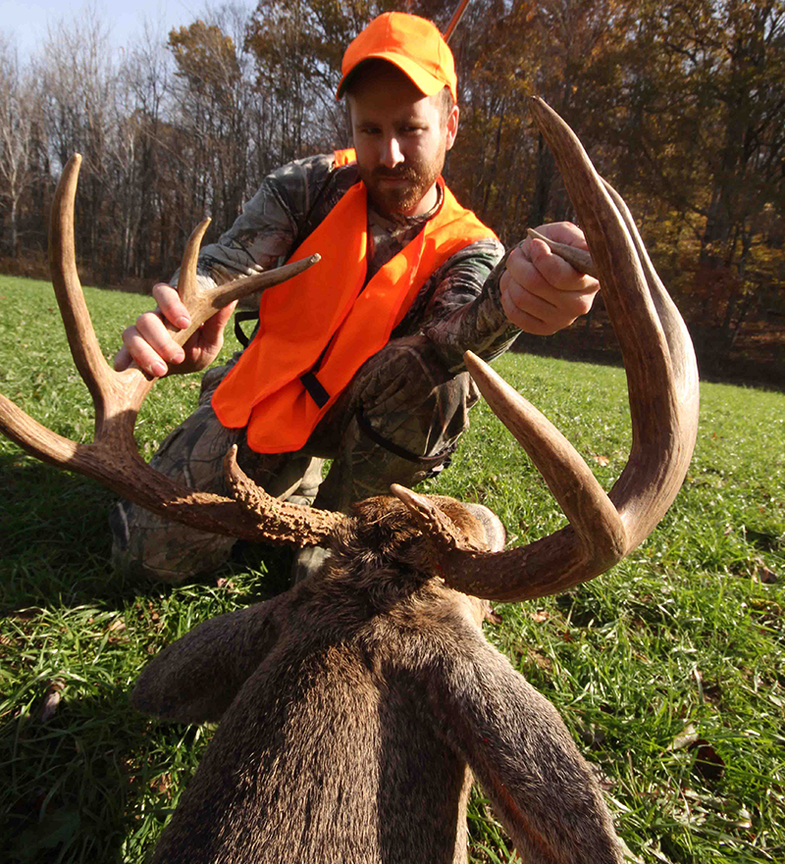 If I were to gauge deer seasons strictly by the numbers, 2014 would be my best ever. Michelle and I cleaned a bunch of deer this year, and we each killed nice bucks. The weather was cool and favorable for hunting right out of the gate in early September, and for the most part, it stayed that way. We had an abundance of late-summer rain that left food plots green and lush, and the woods were alive with tender young browse until the first frost. We had a near-record mast crop. Come November, the weather just got colder, and it resulted in some of the most dynamic rut activity I’ve ever seen while hunting. From September through November, I hunted an estimated 60 sits, and I can count on one hand the number of them during which I didn’t see a deer. I had more big bucks in bow range this year than I have the past three years combined.

So going by the numbers, 2014 was pretty good. All the right elements for good hunting seemed to be in place here in the Mid-South.

I wouldn’t quite say I’m choked up about writing this, my final Rut Report of the year. Clearing a couple weekly deadlines off my plate is actually liberating. But I did spend the morning digging through past reports—not just from this season, but all the way back to 2010, my first year as a Rut Reporter. I saw old trail camera photos of bucks that got away and a couple that didn’t. I relived hunt memories that have gotten a little fuzzy. I realize that I’m a better hunter now than I was then, but I also realize that improvement comes slowly in the deer woods. It’s an unconscious process of slowly integrating new information into your daily hunt procedure. You take advice from others, weed out the BS from the good stuff, and eventually, come up with a procedure that works for you.

I doubt I’d be as cognizant of that change had I not written down four years’ worth of details. Still, I want to look back at 2014 and remember it not as a “numbers” year. Not as the year when I screwed up on so many big bucks (although I did); or as the year when I finally did kill one of my best bow-bucks ever (I managed, somehow). I don’t want even want to remember it as the year my little brother killed his giant 10-pointer (although he did; that’s him with it above, one of the best bucks ever taken on our farm).

I don’t want to forget any of those things, of course, and I won’t now because they’re all written down. But I want to really remember 2014 for something more than the numbers. It’s the year I began putting deer hunting into perspective as something more than filled tags, meat in the freezer, and stories and photos to sell.

I want to remember how back before 2014, mine and Michelle’s biggest worry upon climbing out of our stands for the evening was whether or not we had enough cash to grab a barbeque sandwich on the way home from the woods, since our favorite roadside smoke house doesn’t accept a debit card. In 2014, we didn’t get to hunt together all that much because somebody had to stay home with the new baby. We didn’t stop for one sandwich all season. Maybe that’s a little sad. But the boy got to experience his first deer season as a Brantley, and by God, that’s worth more than a sandwich. Even though he won’t remember it, his mama will have plenty of pictures to show him for proof.

I want to remember how much I enjoyed deer hunting with my dad. In 2014, he was diagnosed with alpha-gal, which is a tick-borne illness that causes severe allergic reactions to red meat, venison included. Dad decided if he couldn’t eat them, he wouldn’t shoot them. I respect that, but this year, I missed seeing his flashlight come bobbing through the woods after dark and him saying things like, “Probably shouldn’t shoot button bucks, but dammit, they taste good.”

I want to remember the couple of weeks when my college roommate, Ryan, and I hunted a farm down in Tennessee. We didn’t have any trail cameras or food plots out down there. Instead, we just carried in climbers and hunted “old school,” finding the tracks and rubs and scrapes and eventually, the right trees for getting into bow range. Between the two of us, we killed six deer in four or five sits at that place. We got nothing big, but man, did we have fun. I won’t abandon my food plots or trail cameras any time soon, but I once enjoyed hunting without them, and it seems I still can.

Deer season is a ritual; a part of my daily life for more than half the year, every year, and it all culminates during a few wild weeks in late October and November. And for the past few seasons, my final Rut Report entry of the year has marked the end of the ritual. So as I finish this one, maybe I am a little choked up. Then again, the ritual starts anew in 2015. And that’s only three weeks away.

Until next fall, be safe, and happy hunting.