Where the Rut Is (and Isn’t) in Alabama

We’re getting mixed reviews on the various stages of the rut in Alabama. Some hunters are saying it’s over, while... 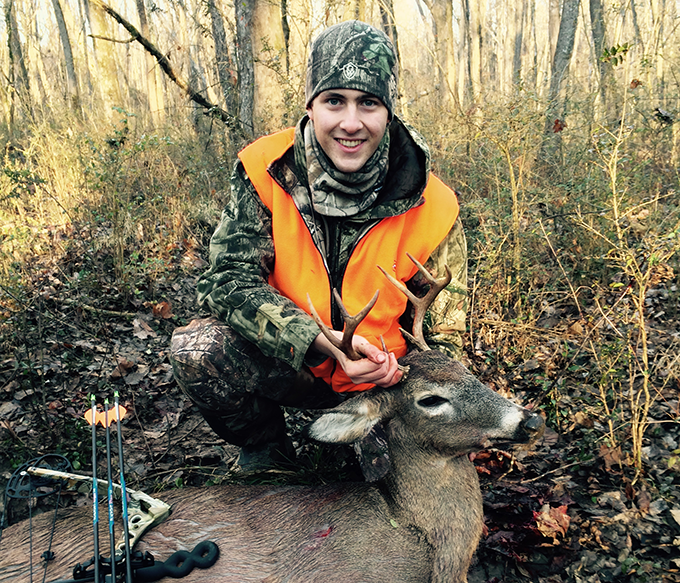 We’re getting mixed reviews on the various stages of the rut in Alabama. Some hunters are saying it’s over, while others believe it’s about to bust open. It all depends on which part of the state you hunt and the quality of the habitat.

A hunter from Barbour County, Alabama, reported an increase in daylight buck activity in the last week. He saw an eight-pointer pushing a doe one day, and later that week saw a six-pointer doing the same thing. He also saw a mature buck cruising and making scrapes–a good indication of the rut being on.

Hunters in Pike County, Alabama, are seeing more new scrapes and rubs. One hunter saw two three-year-old bucks sparring and another working a scrape. This exemplifies pre-rut behavior, when the bucks are raring to go but the does aren’t quite there yet. New scrapes and small bucks chasing are being seen in Lee County, meaning that the rut is very close.

Some big deer are being seen in Alabama’s Perry County, and some feel that it’s about to break open very soon. Likewise, Lowndes County hunters are seeing fresh rubs and scrapes, along with young bucks moving and harassing does. Peak rut in these areas should occur a week or two from now.

Pre-rut or early rut periods usually are marked by younger bucks eagerly chasing does that are not receptive yet, and that’s being reported in Alabama’s southwest Bibb County and near Northport. Mature bucks are starting to show up on nighttime trail camera photos, but are not yet exposing themselves during daylight.

But one Bibb County hunter feels that the rut is already over, having seen no new rubs, scrapes, or daytime activity lately. If the rut isn’t happening in your area, you should consider moving to where it is.

The rut in South Carolina, Arkansas, and Georgia is already over, though some minor second-rut action is possible. Still, deer can be hard to see this late, and the best bet is to hunt a hot food source if you can find one, or a thick privet bottom.

Last week I took a young new hunter, Wes Barnes, into just such an area outside of Atlanta. I had set up Wes with a new bow and offered some tips on arrowing a deer. He’d missed a doe a month ago, so I recommended limiting his shots to stationary broadside deer within 20 yards. One this particular day, he spotted two young bucks working their way through the privet, and the first one got parallel to him and within 20 yards.

I got a text from him 8:35 a.m.: Just shot a buck. It’s down!!! The thrilled young hunter plans to get the young eight-pointer mounted–but more importantly, a new hunter has joined our ranks.