I’ve been testing out the new Wenger Swiss Raid Commando watch, and I have to tell you, this is one... 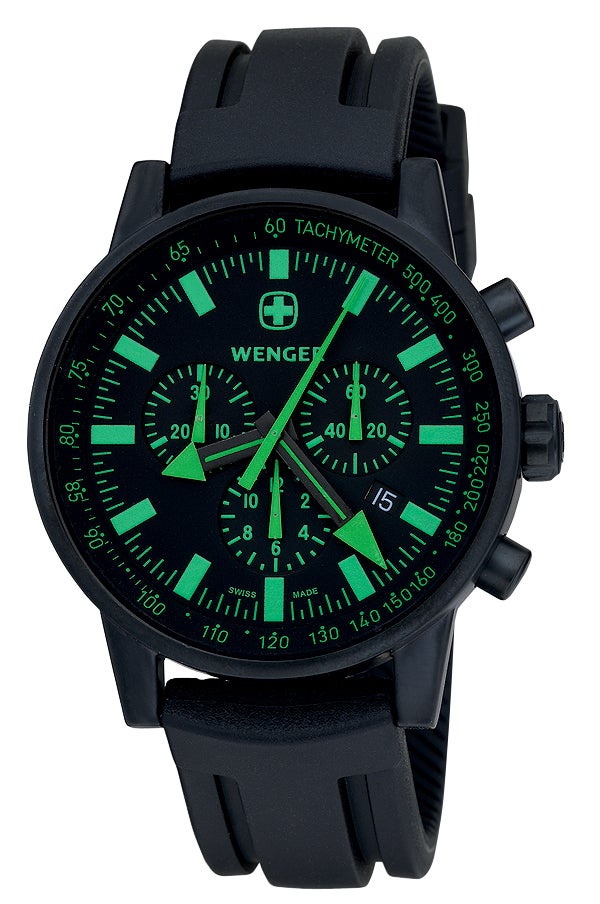 I’ve been testing out the new Wenger Swiss Raid Commando watch, and I have to tell you, this is one cool timepiece. It’s big and bright, as you can see, but that’s not even the half of it. Among its features: a solid stainless casing treated with a film of ionized ceramic and metal that creates a slick, impervious surface; quartz movement with a 12-hour chronograph function; date display; tachometer (it can measure speed over a known distance) and really bright luminous hands and numerals. It’s also water-resistant down to 100 meters, according to the company, but I can vouch for that. What I can vouch for, after wearing this last deer season in woods from Saskatchewan to New York, is that the chronograph works, the date display works, the tachometer works, and the thing keeps time as only a Swiss watch can. It can also take a bit of a beating, as I’m not exactly easy on watches.

My only beef is that I found the instructions confusing. Maybe an IT guy could figure out the watch’s functions the first time reading the manual, but it took me awhile. Price is $425 – expensive, yes, but hey, you’re getting a cool-looking Swiss watch that will probably outlast you. Wengerna.com–Jay Cassell