3 New Pieces of Turkey Gear Worth Carrying This Season

Brantley with a Florida gobbler taken a couple weeks ago. I’m a turkey-hunting nut, but also—to the consternation of manufacturers... 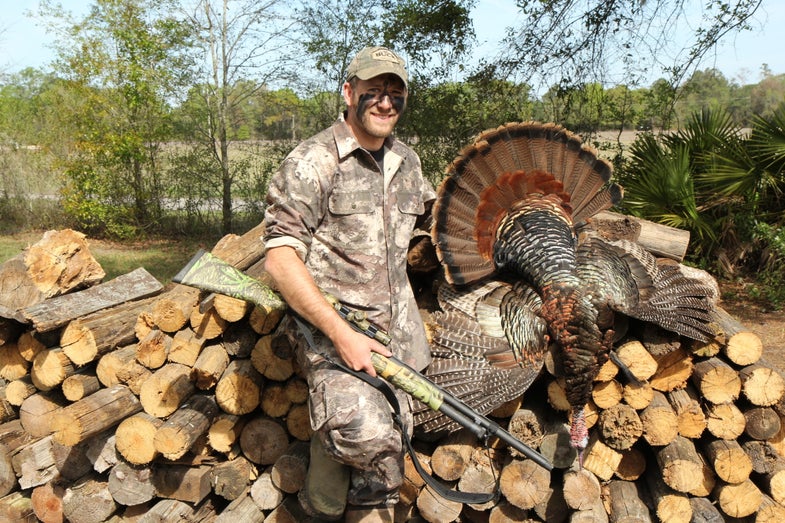 Brantley with a Florida gobbler taken a couple weeks ago.

I’m a turkey-hunting nut, but also—to the consternation of manufacturers who want me to write about their stuff—a gear minimalist. My turkey gun also works as my duck gun, rabbit gun, and clay pigeon gun. I’m content to put three mouth calls, extra shells, a bottle of water, and of course my face paint in a fanny pack and go hunting.

I’ve gotten an early start on the 2016 turkey season, and I’ve already tried a fair amount of new gear. Much of it, I’d still leave in the truck. But I have tried a few items this spring that I do really like and could be convinced to carry along. Here’s the skinny:

If I needed (or just wanted) a dedicated turkey gun, this one that I used in Florida a few weeks ago is a damned-good value at $280 MSRP (you’re looking at sub-$250 on the shelves). It’s an ugly little thing, but it has everything a turkey hunter needs including a 3-inch chamber, synthetic camo forend and stock, fiber-optic front bead, and an extended extra-full turkey choke in a 22-inch barrel. It’s drilled and tapped for an optic base. More than all that, it’s reliable as a pump should be. There were several other writers in this camp shooting these guns, and we burned through a case of dove loads with them during an informal clay competition without any problems. With Federal 3rd Degree turkey loads, they patterned lights out on turkey targets and wild Osceola gobblers alike. 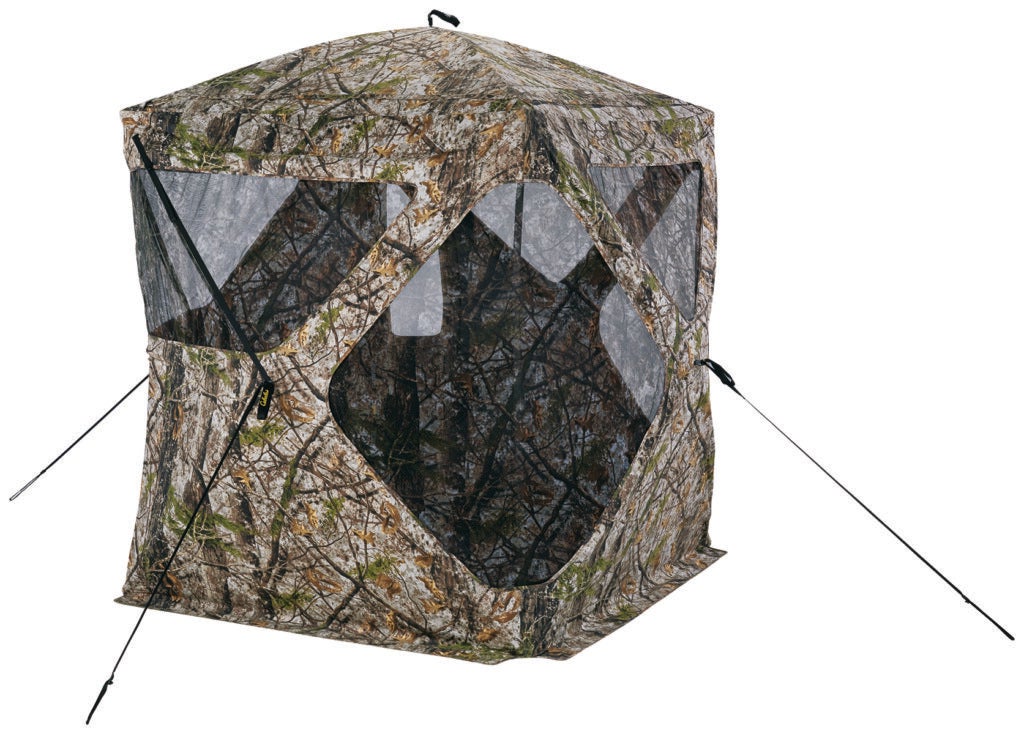 Yes, I dislike sitting in a ground blind and waiting on a turkey. But for bowhunting, hunting with kids, hunting in the rain, or just passing the time in a good area when birds aren’t talking, blinds work. This new one from Cabela’s has a 59×59-inch footprint and sets up like any other hub-style blind. It’s just a little better. The fabric is heavy and polyurethane-coated for weather resistance (I hunted from one of these blinds in a pouring rain and never worried about my camera gear). The windows are well-designed; free of noisy zippers, Velcro, or flimsy elastic fasteners. The Species blind instead uses a hook and MOLLE (Modular Lightweight Load Carrying Equipment) system that is both quiet and rugged. The corner windows are diamond-shaped, which is about the best of all shapes for shooting arrows. It’s on the higher end of the price spectrum as ground blinds go ($350), but in my experience, blinds are a “buy-right or buy twice” product. 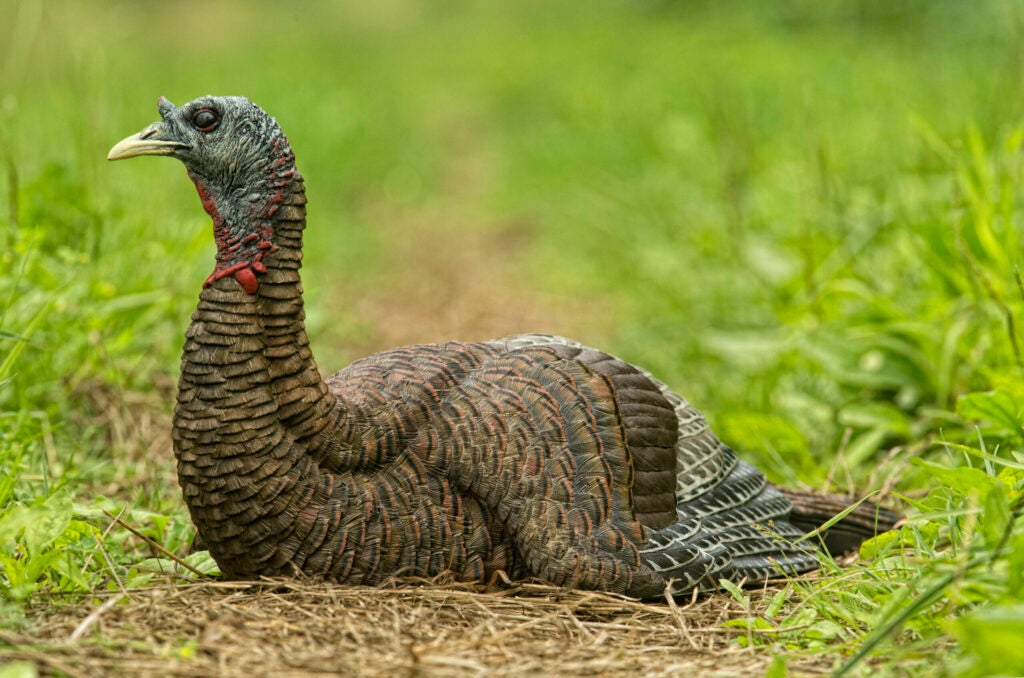 I like to bowhunt turkeys, and for that, decoys are a necessity. I’ve been using Avian-X inflatables since the first hens came out five or six years ago, and have killed a slew of turkeys over them. The newest pose in the Avian-X lineup is the LCD Laydown Hen, which perfectly replicates a hen’s breeding pose. Yes, in a pinch, you can just use an alert hen without the stake to replicate this. The laydown pose has flared wings, though, that keep the decoy from leaning to one side or the other when placed on its belly, resulting in the most realistic-looking breeder hen decoy that I’ve ever seen. This is a specialized decoy with a specific purpose. Early in the season, there is no deadlier decoy combo on mature gobblers than a fake strutter paired with a breeder hen. This one costs about $80.