Atypical Turkey Hunt? No Such Thing. 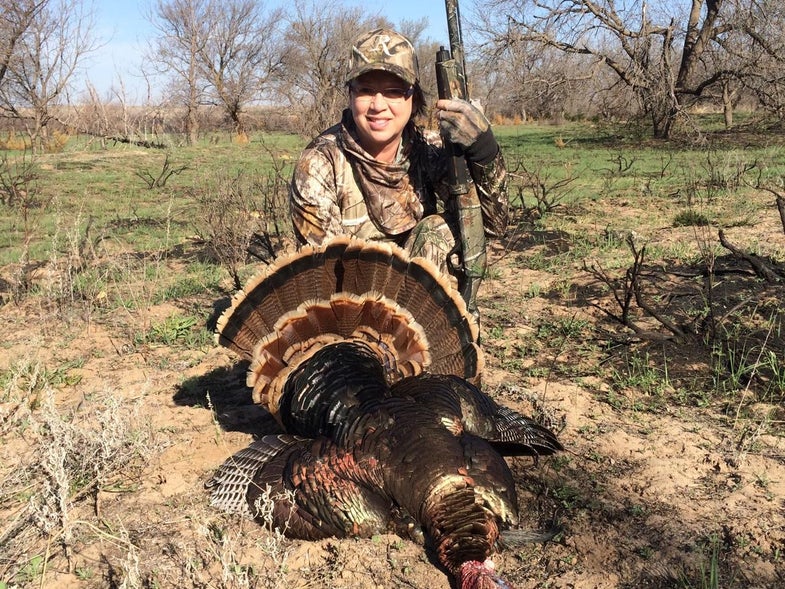 Last season, Barbara Baird hunted whitetails, two different subspecies of turkeys, waterfowl, rabbits, squirrels, doves, and coyotes. She’s publisher of the WON—Women’s Outdoor News—and an advocate of getting women in the outdoors. But don’t call her a feminist. She says that reminds her of Hillary Clinton, of whom Baird is not a fan. Female hunters are the fastest-growing contingent of hunters out there right now, and so I’m excited to have a die-hard huntress contributing to Tagged Out. Barb, I’ll turn it over to you. —W.B. 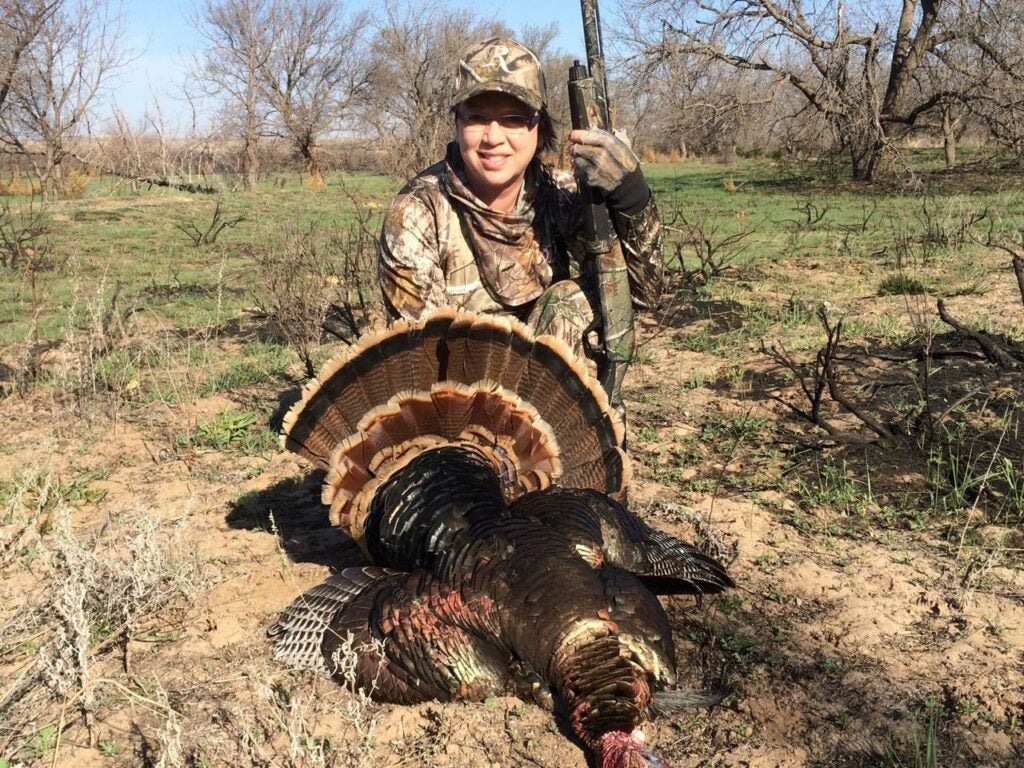 I was born and raised in the Dakotas. My family growing up didn’t hunt, but I became a member of a hunting fraternity of my own making after I married and gave birth to three sons. Three boys who would rather build forts, climb trees, and be outside with their dad than at the mall with me. That’s when I decided to see what they were doing out there. I found that I liked it. A lot.

I was a newspaper editor in a small town at the time, and I began heading outdoors more with local friends, as well as my family, to hunt, fish, and shoot. I discovered archery. I learned to cast a fly line. I developed an interest in personal defense shooting, and eventually became an NRA-certified pistol instructor. My boys left the nest and my husband, Jason, and I continued our quest to improve our hunting skills.

When Will described this blog to me, I recalled the last time I tagged out, just this past spring on a Remington-sponsored turkey hunt in Oklahoma. I shot my first bird opening morning (but not after crawling through cow plop to get to him).

The second bird was better. I had three guides—Justin, Brian, and Eddie—with me. I didn’t necessarily think I needed all three. But two of them came along to scope out a new part of the property. Or so they said. We climbed a hilltop next to a box blind on stilts, trying to decide our next move. Then it got a little weird.

“Three turkeys are coming our way,” Justin hissed, soon as we crested the hill. “I need you guys to step up and lean against the blind. Flatten out. Put your faces against it.”

Turkeys in that area were used to that deer blind. At the moment, it was the best we could do. Brian and I did as told. Eddie stood near the side of the blind and lit a cigarillo. The cheap kind, with a little plastic wrapper and perhaps some fruit flavor.

“They’re coming fast,” Justin whispered again, doing his best to watch and keep flat against the blind all at once.

Eddie dove to the ground under the blind, lit cigarillo still in his mouth. He peered between our legs at the birds, working a mouth call between puffs. He said later he had to carefully crush some embers that fell into the grass.

I turned slowly, raised my shotgun, pulled the trigger … and missed. The tom burst into the air with the others right behind him. But a brisk wind caught him and drove him back toward us. He hung there in the air, fighting the wind for a few seconds before pitching down a hillside and landing in the dirt.

I sprinted to the edge of the hilltop, looked down at that tom, snapped the gun to my shoulder, and rolled him. Two birds in 12 hours. Tagged out with a great story—some might say of an atypical turkey hunt. I’ve turkey hunted enough to believe there’s no such thing. —B.B.