As promised, we’ll have a team of regulars here on Tagged Out. If you’ve read Field & Stream for any... 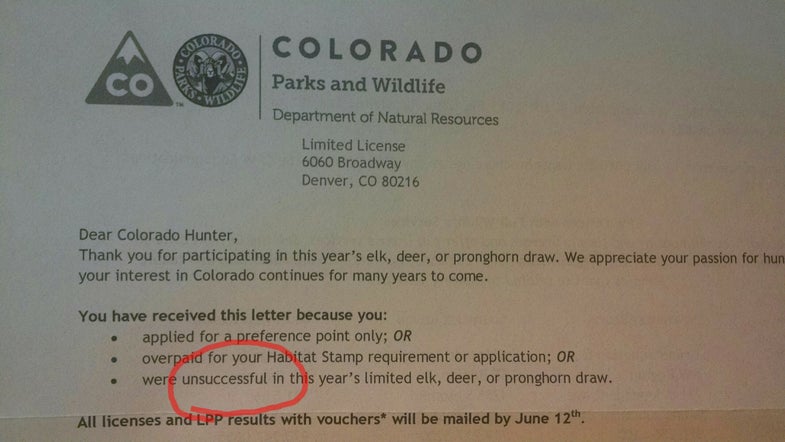 As promised, we’ll have a team of regulars here on Tagged Out. If you’ve read Field & Stream for any amount of time, you’ll recognize David Draper. Online, he’s maybe best known as The Wild Chef. All those critters he cooks have to come from somewhere, and so Draper kills a good many of them himself. I’ll turn it over to him. — W.B.

My self-esteem has really taken a hit lately. For the past month, I’ve been labeled a loser on an almost daily basis. Just last week the state of Colorado told me as much four different times. Yes, it’s tag time in the Western states, when all my hopes and dreams of hunting limited-entry units for elk, mule deer, moose, and sheep are shattered yet again. 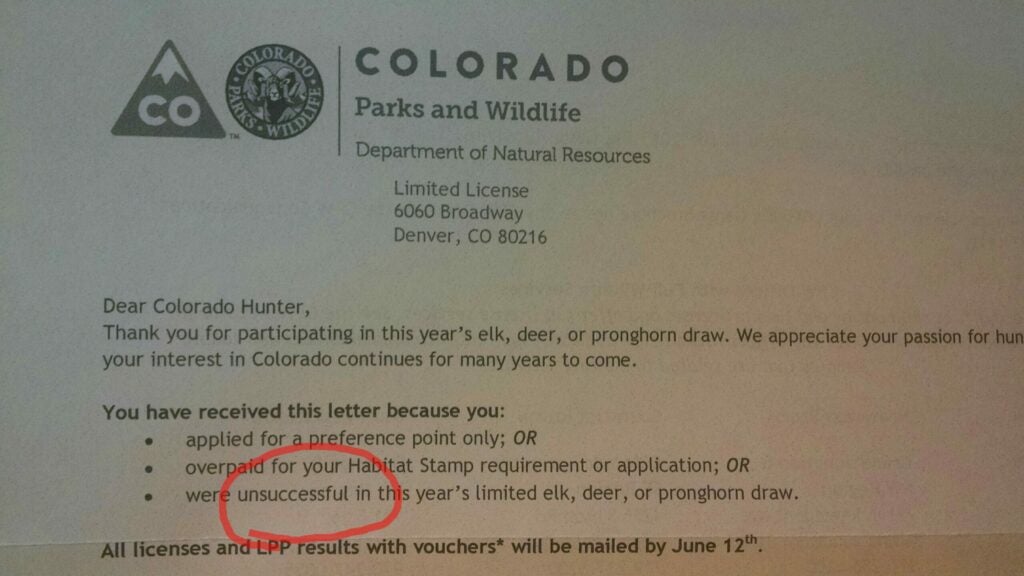 As anyone who plays the lottery rationalizes, you can’t win if you don’t buy a ticket, so I put up with the annual disappointment knowing each year is another step closer to that coveted tag. Plus, I’ve hit the jackpot a time or two with some against-all-odds luck. In 2013, I drew a Utah Book Cliffs Roadless elk tag with just six points. That’s a tag hunters wait 10 years or more to draw, and while I didn’t hang my license on any bone, it was still one of the best hunts I’ve ever had. I also lucked into a once-in-a-lifetime elk tag here in Nebraska the first year I applied and called a beautiful bull out of a cornfield on opening morning.

Still, it’s hard not to get jealous when friends brag about the tag they drew, though so far this year, my circle has been as unsuccessful as me. We’ve been commiserating a lot lately, keeping our hopes up for those few applications that are still out there. Just the other night, I ran into Frank Cole, who works for Cabela’s T.A.G.S. license application service (which I use to sort through the confusing process). As I was giving him the poor-me shtick, he countered with a line straight out of one of his brochures (one I’m sure he’s been delivering to clients a lot lately): “Patience and persistence pays off.” That’s easy for him to say as he drew a Colorado Unit 11 antelope tag. But I know it’s true. You have to take the long-term view when applying for coveted tags, but it’s worth it when you do draw out.

As for this fall, there is still a glimmer of hope. I should draw my Nebraska muzzleloader antelope license, though that’s not the sure thing it used to be since the state now allows scoped, in-line blackpowder rifles and more people are applying for fewer licenses. My girlfriend, T. Rebel, will put in for a bull elk here as well and we’ll both have our fingers crossed for her until they announce the draw later this month. Other than that, the dreams of giant bugling bulls and regal mountain rams will just have to wait for another year, or two, or three, or more.