My little spread in the Nebraska Panhandle is not known as a deer-hunting hot spot. I live smack dab in... 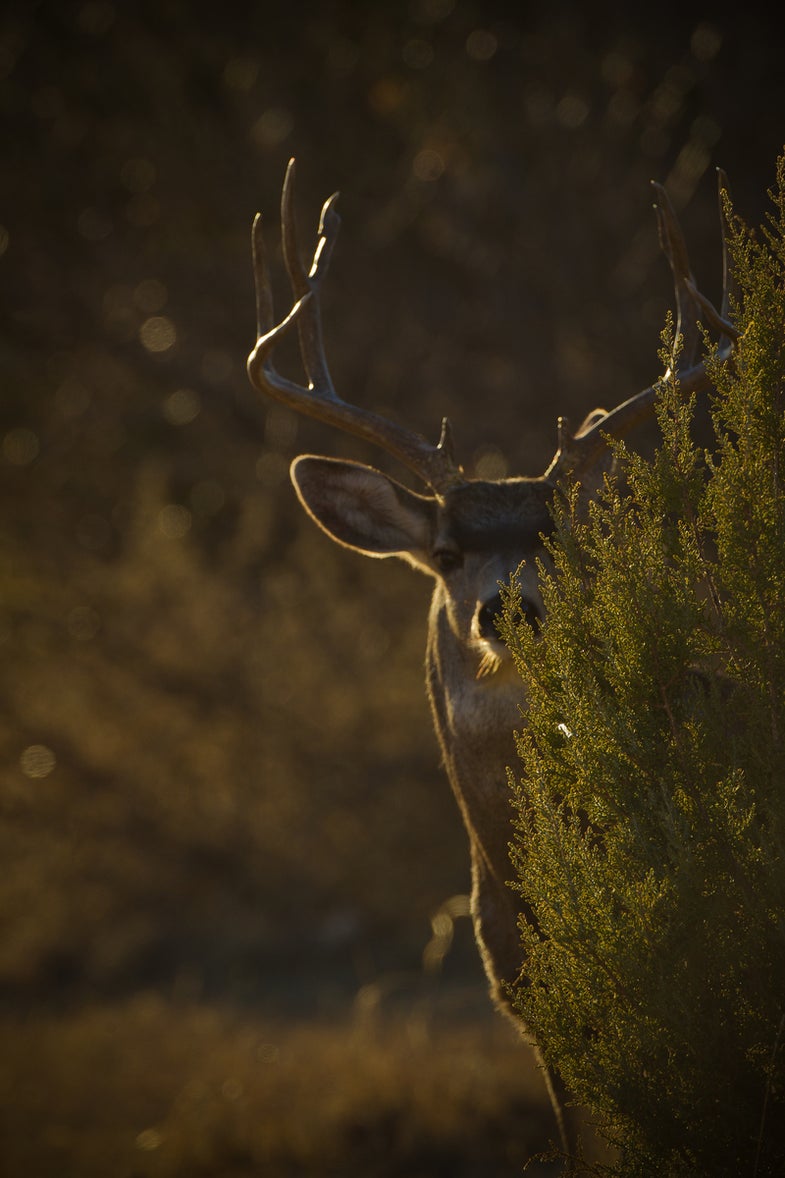 My little spread in the Nebraska Panhandle is not known as a deer-hunting hot spot. I live smack dab in the middle of a high table between the North and South Platte rivers, where the deer density is about the same as the tree density—as in there ain’t many of either. Although I live in the country and spend a lot of time driving back roads, I rarely even see a deer. If it weren’t for the occasional roadkill, I might question their existence.

But they’re here. On occasion I find signs of the all-but-invisible herd that lives nearby. Last week I took some boxes to the burn pit behind my house and discovered the tops of all my seedlings had been nipped off. This wasn’t the work of rabbits either, which tend to drop the trees from the base. Then the other day I followed two sets of tracks—an adult doe and a tiny fawn that must’ve been only a few days old—into a field of thick weeds that I haven’t gotten around to plowing.

But most shocking is the mule deer buck living on my property, at least part time. Although I’ve yet to see him in person, my neighbor caught him on trail cam a few times last season, and my family members have bumped him from a small grove of trees set in the middle of a wide-open wheat field. How I’ve never seen him on the hoof is mind-boggling, but then, this deer is obviously smart.

He isn’t an exceptional buck. But that doesn’t matter around here, where there’s a section road every mile and a rifle season that runs during the rut. Bucks just aren’t allowed to get big, yet he’s somehow evaded a bullet for at least three seasons. He was last seen at my place on the final day of pheasant season, but I found out in the spring that he’s still alive and well.

The confirmation came via text message. It was a photo of my neighbor’s young son holding a shed antler that required his two small hands to wrap around the base. The tines aren’t exceptionally long, leading me to figure him for a younger buck, but that mass holds a lot of potential for the coming year. He could be a dandy this fall and, if he sticks around, I might just have to hang a stand in that small grove of trees he’s called home. Who knows. Maybe I’ll even see him.