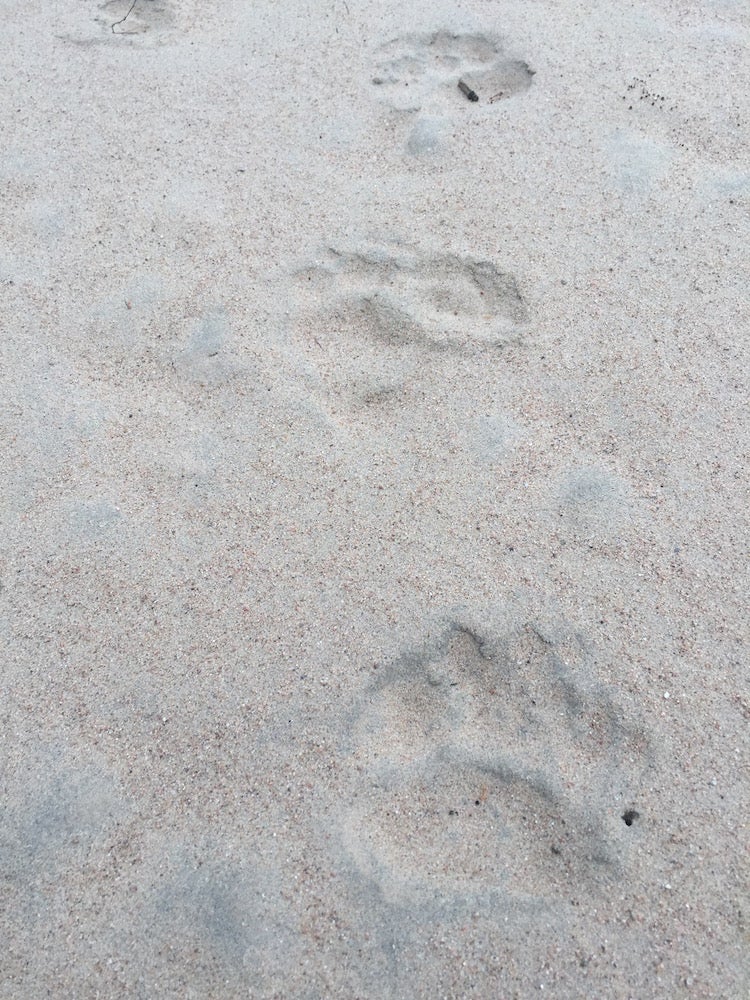 **Four-inch prints point the way through a sand wash. **

Early bear season opened last week in northern New York, and I connected with an old elk-hunting buddy who lives up that way for opening weekend. When most people think black bear hunting in the Northeast, they think of bait piles or hounds or maybe even a drive, but Tim and many hunters like him chase bears the old way—on the ground, still-hunting the timber, and sitting for long stretches on open crossings like power lines and train tracks.

Our group of five saw 12 bears in three days. Two were taken, both yearlings, and we watched another hunter 1,200 yards down the line miss a whopper of a bear with his .30-06. I came to know the feeling. On the last morning I took a long shot with a borrowed rifle. It was a clean miss, and I watched the bear look around and lumber off into the wood line. If bears shrug, this one did, not having a clue what all the racket was about.

There’s nothing subtle about black bears. This last week they were heavy into the white oaks and dogwood berries. Broken oaks were everywhere. Bears will climb them and work down a limb, snapping smaller branches and peeling off the acorns like a kid working a stick of cotton candy. They scat often and everywhere, and if the branches aren’t obvious enough, you can tell what they’re eating by picking at the poop. 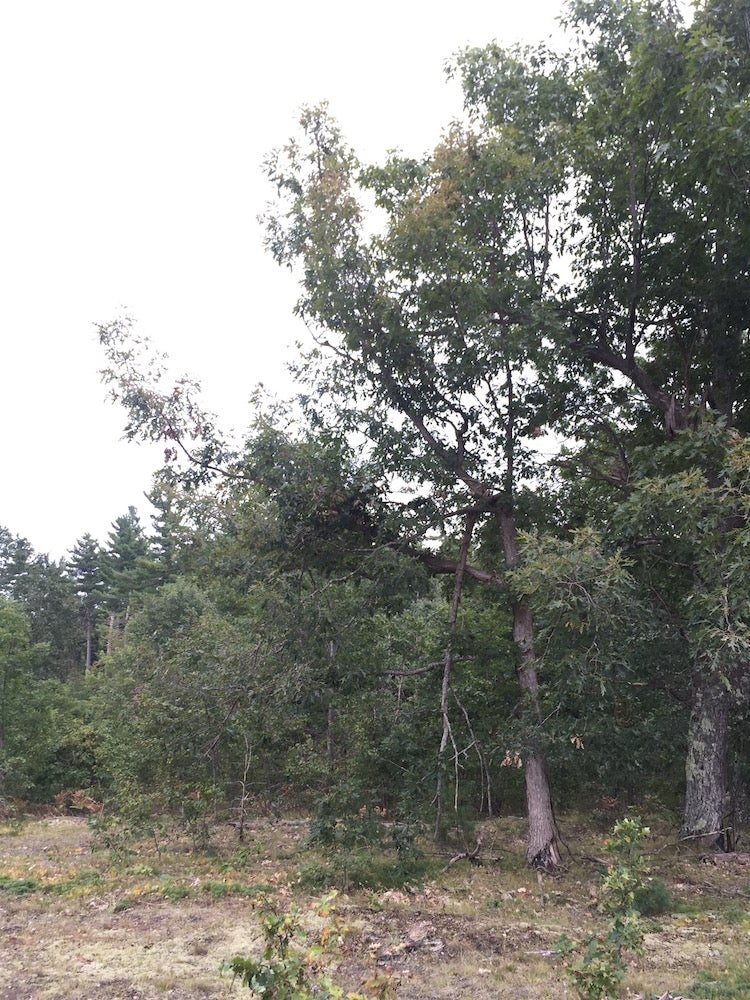 **_It seemed every open oak on this flat was busted up by hungry bears. _ **

Bear poo oxidizes rapidly. Food determines color when it’s fresh, but in short order the whole pile will turn black from the outside in. Break it open with the stick and you can get a sense of when it dropped. Black all the way through, it’s several days old. A thin black crust? It was dumped that day. If there’s no black and the color is uniform, you know it’s fresh.

On this trip, the bears were hitting two separate and distinct food sources: white oaks and dogwood berries. Scat less than a mile apart looked completely different based on diet, but no set of sign was fresher than the other. We spent much of our hunt in the oaks, mainly because gray dogwood is a tangle. Good luck moving through it quietly, and bears hear nearly as good as they smell. 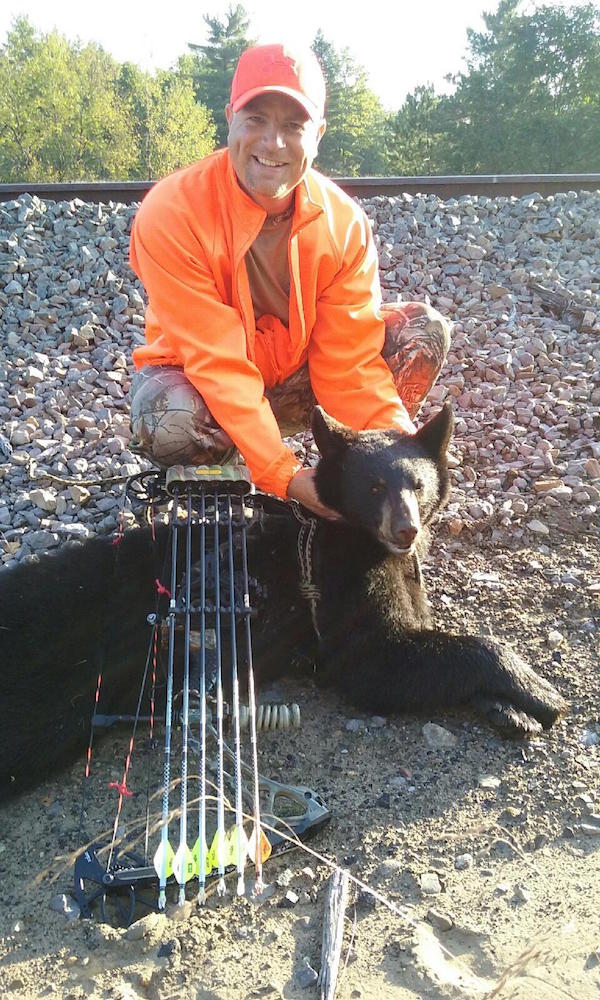 Jack Davis with his first bear

Jack Davis with his first bear.

On the first morning, knowing that the oaks were dropping, Tim pointed two of his buddies who’d never been bear hunting toward the hardwoods. Both were committed to getting their first bears with a bow. Both played the wind and set up just as you would for whitetails. The sun hadn’t been up for a half hour when a yearling walked into sight. “I watched him feed through the white oaks for about 35 minutes before he was in range,” said Jack Davis, from Adams, New York.

At 40 yards, the little skipper turned broadside and Jack took out both lungs with a clean pass-through shot. The bear ran a few yards, hollered some as they’re known to do, and then tipped over. Well before lunch, the bear was being skinned out and broken down on the tailgate.

“That was so cool,” Jack said. He’d never even seen a bear in the woods before that morning. For the rest of the trip, you couldn’t slap the smile off his face. Now, I’m sure, he’s a life long bear hunter.