Earlier this month, I spent a week in a wilderness elk camp deep in southwest Colorado’s**** San Juan National Forest.... 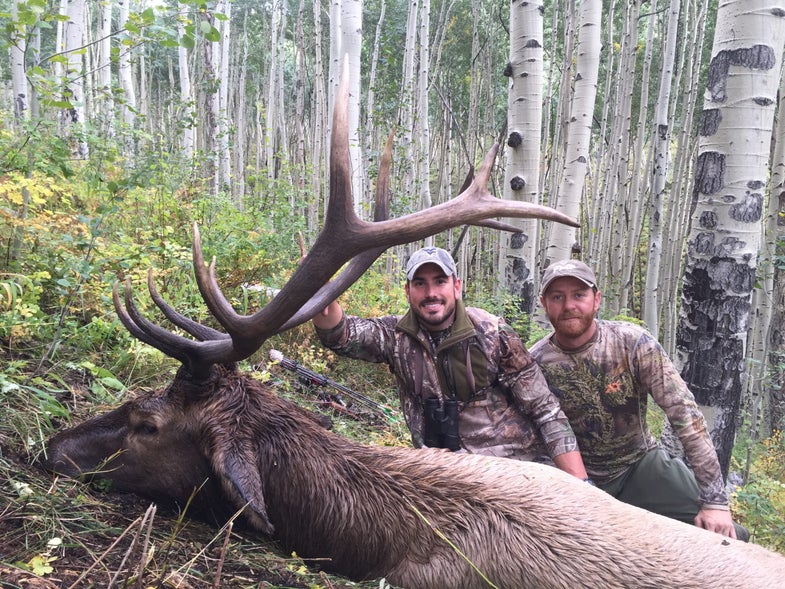 Earlier this month, I spent a week in a wilderness elk camp deep in southwest Colorado’s**** San Juan National Forest. I shared camp with a crew of guys including my close friend and guide Miles Fedinec; John Davis, a New York transplant working as a jack-of-all trades elk guide; and five guys from the West Virginia–Ohio–Pennsylvania area who’ve been traveling together on DIY elk hunts for several years. Three of them had muzzleloader tags, and the rest of us were archery hunting. Though we were into bugling bulls all week, we were plagued with bad luck at the moment of truth. One bull was killed—a 6×6 shot by bowhunter Caleb Beam. But we had a hell of a time. The conversation in a camp full of unwashed hunters and horses and lukewarm evening whiskey was first rate, too. Here’s some of the best of it. 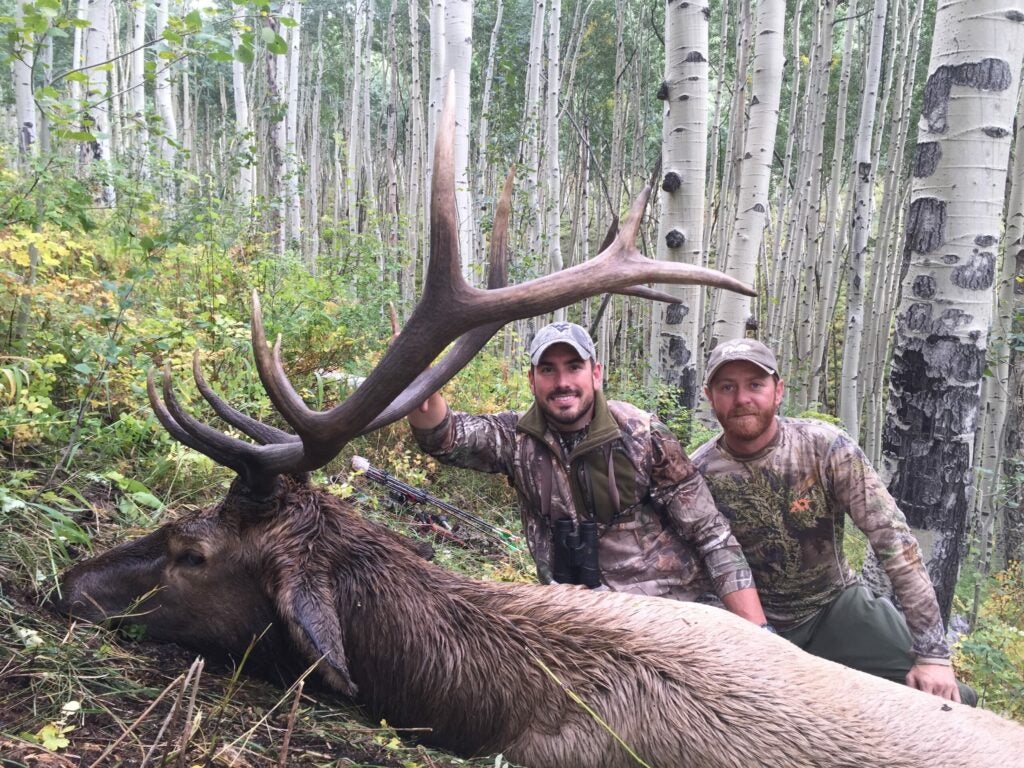 Miles, Caleb, and I set up on a screaming 6×6 that walked into bow range in an open stand of aspens. Caleb shot that bull as it quartered away and hit it in the femoral artery—not where he was aiming, but it worked. The bull was dead within seconds.

Miles: Is that the first elk you’ve ever shot?

Miles: He dropped dead, so it’s a perfect shot, even if it was square in the ass.

We were a quarter mile from camp as the crow ****flies, but our winding route to where Caleb shot his bull was 3 miles. The grade was steep, and the air was thin.

Caleb: Have you ever seen an elk hunter have a heart attack?

Miles: Only a couple times. It’s not a big problem.

It took us several hours to haul the first load of elk out of the woods, and it was pouring rain by the time we finished. I had one pair of pants with me. We spent the remainder of the evening drying out in camp, wearing long underwear, and cooking fresh backstrap.

**Miles: Give Brantley that meat and some grease. That redneck can fry anything. ** 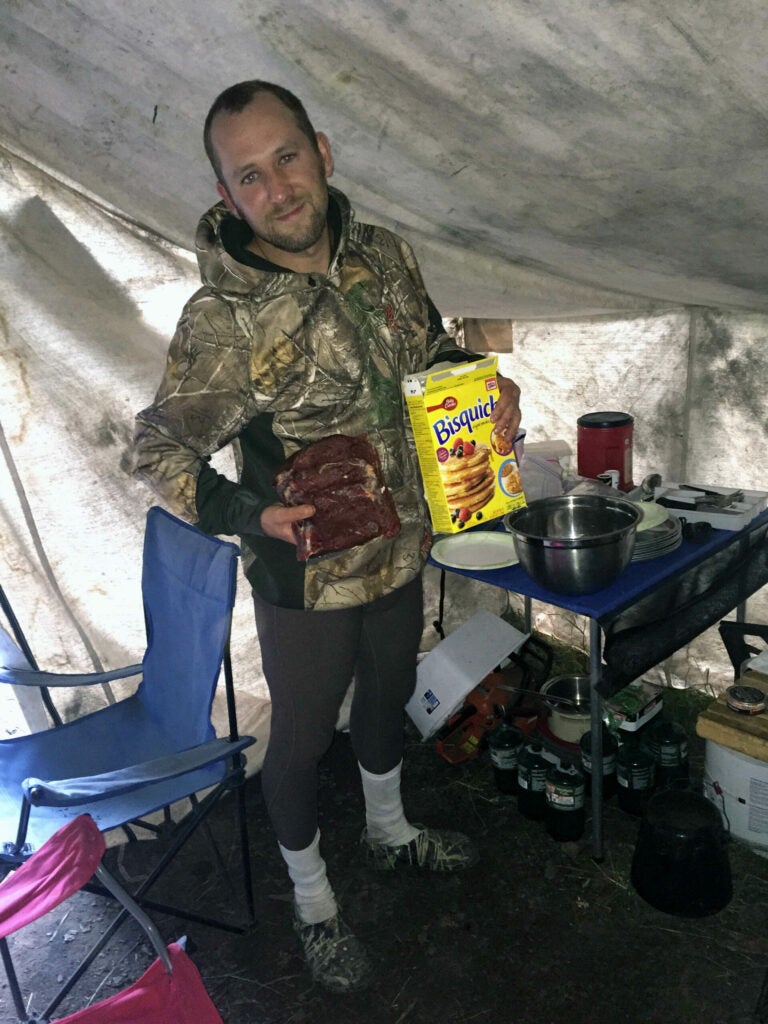 The elk steak went fast. By the time I finished cooking, it was dark and the rest of the guys were trickling back into camp. West Virginia Jon had missed a bull with his muzzleloader. He handled that miss as well as anyone I’ve ever seen.

**Jon: I don’t know what happened. I’ve been practicing with this gun for a month. I’m a gun guy. It’s what I do. Guns and women. And whiskey. Not all at the same time, though. **

We had cowboy coffee each morning. It meant fast and frequent predawn trips to the hole dug into the hillside just beyond camp.

**_Miles: A man has to take good care of two things during an extended wilderness hunt like this. His feet and his ____hole. Hand me those baby wipes.___ **

On the second to last morning, we were deboning the last of Caleb’s elk to pack out. My hands were encrusted with blood and meat, so I took off my release and put it in my pack. I knew better. A cow and 5×5 of course appeared and stopped broadside at 10 yards. It was my best opportunity of the week, and I didn’t get a shot because I wasn’t wearing my release.

The pack in and out was 10 miles on horseback. It was dark for the last hour of the ride in. We packed out in beautiful sunshine.

**Miles: Those cliffs were there on the ride in, too. We just couldn’t see them because it was too dark. ** 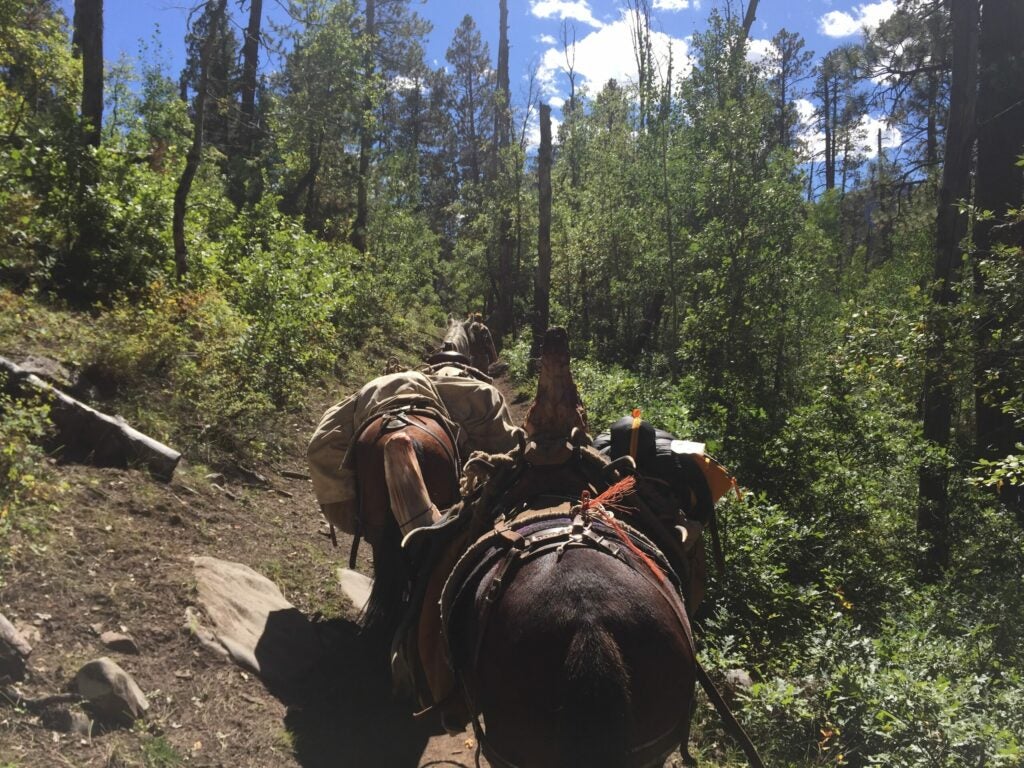 The night before I flew home, Miles and I grabbed dinner and a couple drinks in Durango. It’s a tourist town, and was quite a jolt from our mountain camp. I had my picture taken with a baked hippie who was selling Bernie Sanders and Hillary Clinton buttons.

**Hippie: Bernie Sanders is going to give us all free weed and healthcare and stuff! **

Me: Shouldn’t you be giving away those buttons for free, then?

Hippie: No, man, they’re $2 each. Come back when you have money.

I had money but didn’t particularly care for a button. 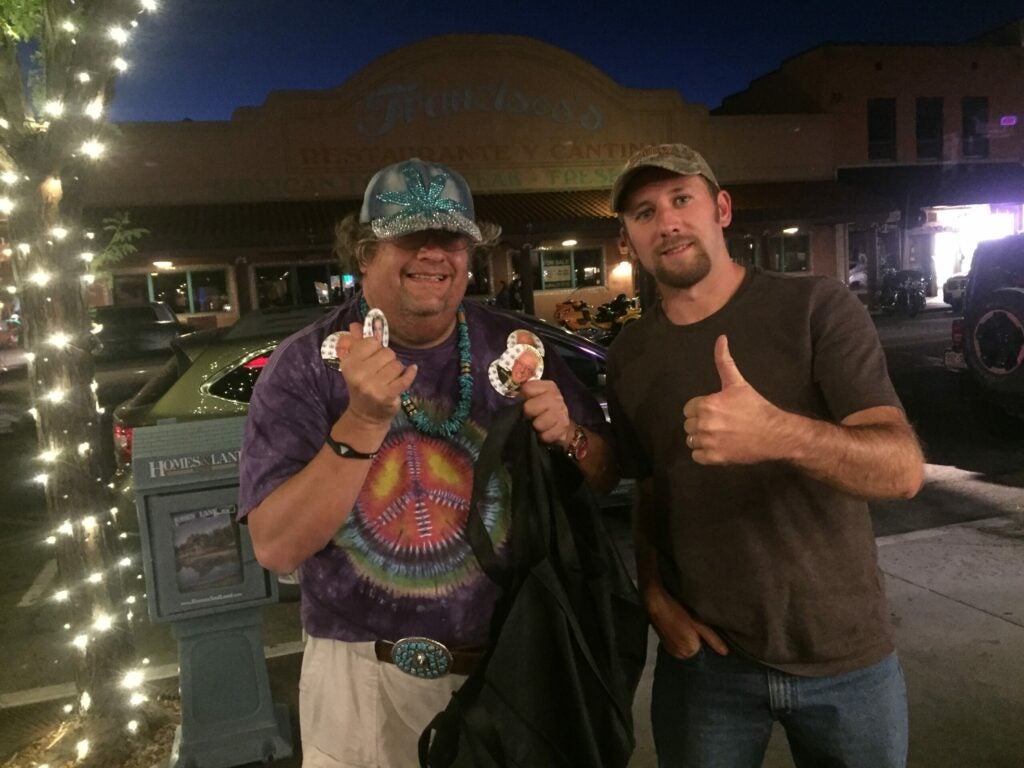 Miles: I’m in love with that bartender.

Miles: Yeah, but she’s special. Look at those tattoos.

I slept as soundly on the flight home as I’ve ever slept on any flight. I returned home 8 pounds lighter than when I’d left, and with the itch to do it all again.