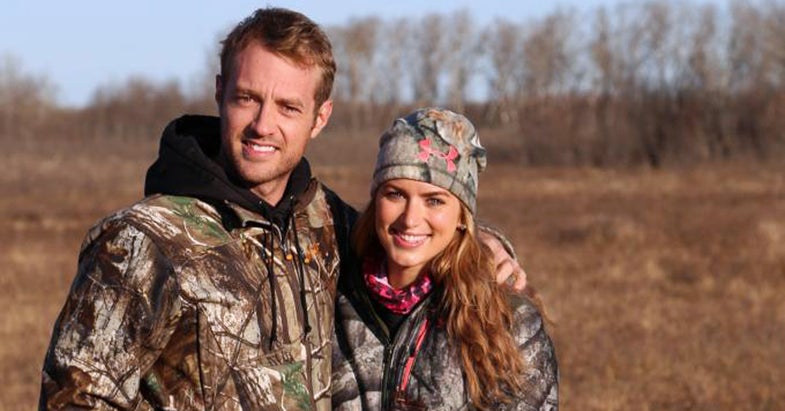 Meet Tim Brent: Pro hockey player, hunter, and the guy who, tomorrow (June 20, 2015) will be marrying Eva Shockey. Brent took time from his tux fitting in British Columbia for me to ask him a few questions about hunting, the wedding, and whether or not he can beat Jim Shockey at arm-wrestling. Enjoy. —Barbara Baird

Baird: Did you hunt and fish as a child, because it looks like (on Wikipedia, anyway) you spent most of your waking hours on ice?

Brent: Obviously, hockey has been a huge part of my life. I’ve been playing hockey since I was four. My father didn’t hunt, but he certainly fished. I got into hunting on my own, and fell in love with the outdoors. As a teenager, I decided to buy a bow to hunt whitetail deer, and practiced in our driveway. Since then, I’ve tried to hunt everywhere I’ve played pro hockey. In fact, it’s one of the first things I ask a team before I sign: Is there a place to hunt?

Baird: How did you meet Eva? Did you two click right away?

Brent: I was playing for the Carolina Hurricanes in Raleigh, N.C., and I attended the Dixie Deer Classic in 2012 with my good friend, a wildlife biologist named Greg Batts. Eva was a last-minute addition to the deer show. Greg told me, “She’s Canadian. You should talk to her.” We didn’t speak a whole lot at the event, because she was busy. Afterwards, we kept in touch, mainly talking about hunting. It took about a year for me to convince her to go out on a date with me. Funny thing… right after I met her at the Deer Classic, I texted a friend that I was going to marry Eva Shockey. 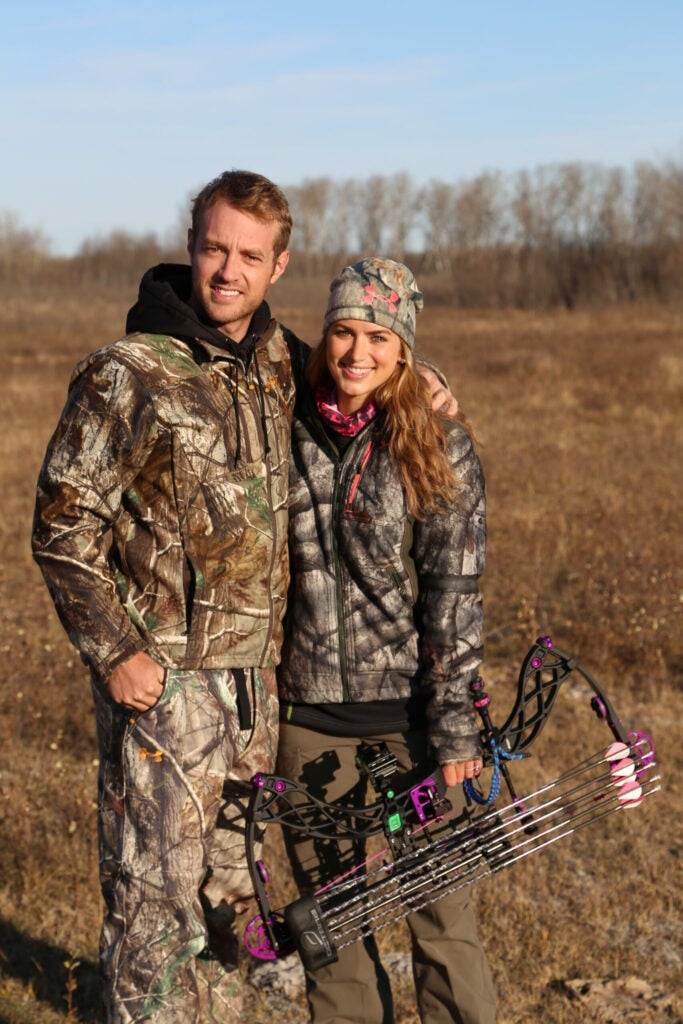 Baird: Were you nervous when it came time to meet the Legend, Jim Shockey?

Brent: Eva has always spoken so highly of both her parents. Yeah, I was a little nervous to meet him. Jim is widely respected in the outdoor world. So, I was not only nervous, but excited to meet him at the same time.

Baird: Did Jim ever do the protective dad thing? Like sit on the porch and clean his muzzleloader in front of you?

Brent: I felt he was a little protective of her the first time we met. But, I was more nervous when I asked for her hand in marriage, because Jim was sitting in his office, surrounded by hunting trophies. Though, I will say there was no “fatherly speech.”

**Baird: Could you whip Jim at arm wrestling? **

Brent: Not sure about arm wrestling, but the whole Shockey family has been talking about pull-up contests lately. I’m pretty sure I have the upper hand in the pull-up department over Jim. Eva has worked up to three pull-ups, which is pretty impressive.

Baird: What has Eva taught you about hunting?

Brent: She is such a believer of a balance in life. She’s a feminine woman, yet she’s still able to get her hands dirty and hunt with the boys. That’s really one of the reasons I love her.

Baird: Have you taught her anything about hockey?

Brent: She didn’t know a whole lot about it, and was stuck in arenas watching me. Post-game, she’d ask me about some of the rules and calls, and because her grandfathers were big hockey fans, she had a rough idea of the game.

**_Baird: Any aspirations of you two having a hunting TV show of your own? _ **

Brent: We haven’t talked about it. I use hunting to decompress. Hockey is on my mind so much that sitting in a treestand by myself for a few hours allows me to mentally unwind from the game.

**Baird: What role does wild game play in a professional athlete’s diet? **

Brent: I love to eat wild game. As a professional athlete, you’re constantly assessing what you put in your body, and there’s nothing like lean wild game, especially when you know where it comes from. Right now we have venison, moose, and bear meat in the Shockey freezer in British Columbia.