Stalking Pronghorns with a 4-Year-Old

You can hunt for years and still experience some “firsts.” A few weeks ago I experienced my first pronghorn hunt... 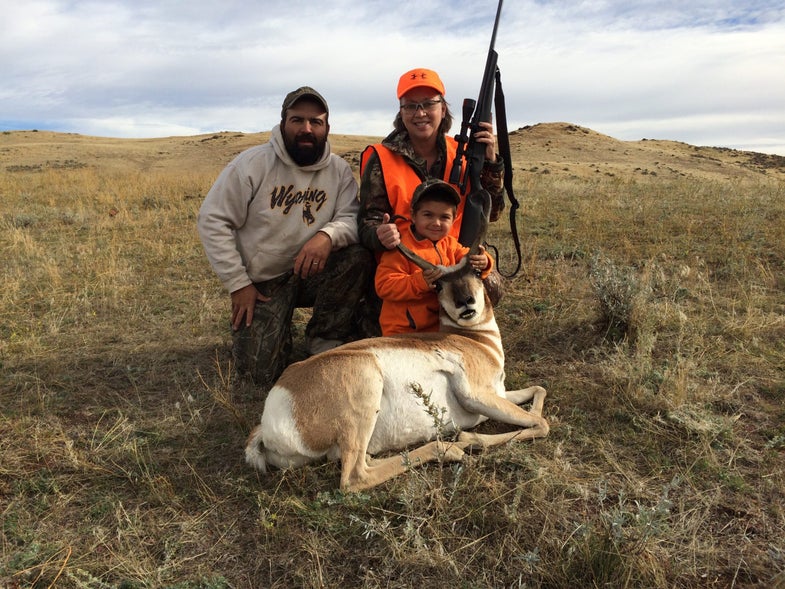 You can hunt for years and still experience some “firsts.” A few weeks ago I experienced my first pronghorn hunt in Wyoming. One of my guides was 4 years old. That was also a first.

I was there for the the 3rd Annual Wyoming Women’s Antelope Hunt, at Ranch at Ucross near Clearmont. This event provides a unique opportunity to hunt on some of northeast Wyoming’s best antelope country, and it raises money for the Wyoming Women’s Foundation.

I met my guides, Jason and Cade Rodriguez, at the opening reception. I thought, “Oh nice, Jason brought his little boy along.” But then Cade announced he would be going with us on the hunt the next day.

As I get older, I try not to let first impressions sway me. But, a spot-and-stalk hunt with a 4-year-old tagging along? I’ve raised three boys already. They’re not always quiet or still when you need them to be. I could just imagine the, “Daddy, I need to potty,” request about the time we slipped into range of a big goat. Hey, my boys have peed, sometimes into the wind, in many fields across the country and even internationally. I particularly recall one day at Stonehenge with a swirling wind and no trees in sight.

Anyway, turns out I had no reason to fear. Cade scrambled up the steep, rocky hillsides with his dad and our group, which included another hunter, Kathryn, and a mentor from the Wyoming Game & Fish Department. We put in a few miles on various stalks as the temperatures climbed into the 80s. At one point, Cade succumbed to the demands of being young and took an upright nap in the truck. He quickly woke up when we spotted another herd of antelope. 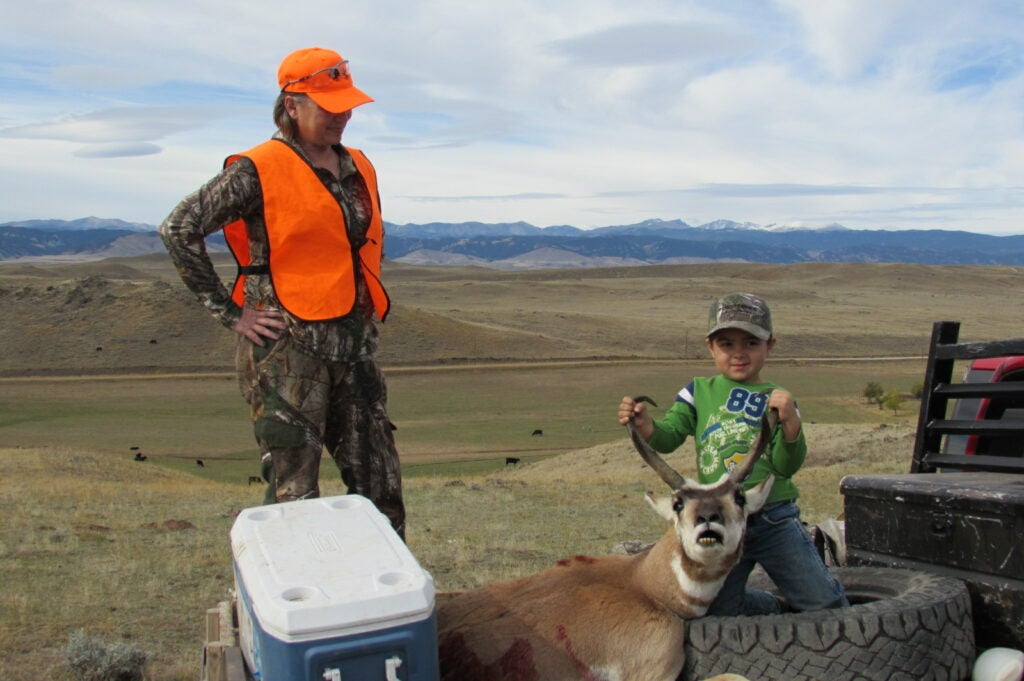 Finally, it looked as though the hunt might work out. Cade and Jason left us and crawled up to a rock outcrop, where they could see the herd—including a nice buck—100 yards below them. Cade motioned for me to join them, and so I belly-crawled my way up the hill. Two does stood as sentries at the front of the herd, watching our every move, but they didn’t bolt. I rested my rifle across a large rock, and adjusted the magnification on my scope. I was shooting a Remington 783 in .243. It was about the perfect gun for the task—lightweight enough to carry from one stalk to the next, but accurate and flat-shooting. A .243 is plenty of gun for pronghorns.

After a deep breath to calm my now-apparent-to-all buck fever, I settled my crosshairs and squeezed the trigger on the broadside buck. Relief washed over me as he fell gently to his knees and then down to his side and drew his last breath. The buck was a 15-incher—or at least really close to it—and a good first pronghorn for anyone.

Thirty-seven out of 40 women attending the hunt got their antelope. That’s a pretty good percentage for a two-day hunt. Kathryn, who had never hunted and hadn’t shot a rifle for 20 years prior to the event, got her chance on an antelope later on the same day that I shot my buck. She made a perfect shot on a doe standing 191 yards away.

As for my guide Cade—well, he performed like a pro; a 4-year-old going on 40. I’d hunt with him any day.