The Stuck-Safety Gobbler by FieldandStream When you’re filming hunts, there is a fine line between allowing the animal to “do... 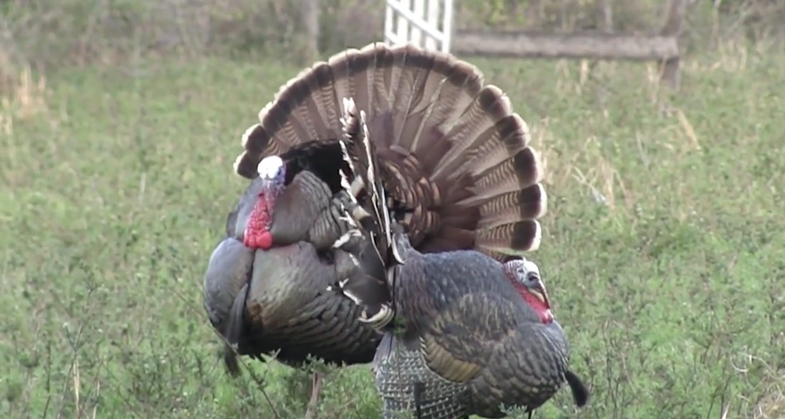 When you’re filming hunts, there is a fine line between allowing the animal to “do his thing” on camera and letting him get away. Down in South Florida, I almost let this turkey get away. My buddy Tony Hansen and I had been hunting hard that day, from before daylight until almost fly-up time. We were in turkeys and had we just been hunting for the fun of things, we probably could’ve killed a gobbler early on. But we were tasked with getting a good hunt on camera, and to do that, you lose some of your run-and-gun capability.

With maybe 30 minutes left in the day, this gobbler finally spotted our strutter decoy and came right to it. He put on admirable show, and from behind his camera, I heard Hansen whisper, “Kill him.”

But the safety was stuck on my shotgun, and I still don’t completely know why. The week before the hunt, I’d taken this gun apart down to the firing pin, cleaned it thoroughly (which it really needed after duck season), and put it back together. I dry-fired it a few times to ensure things were in working order. They seemed to be. And yet, with this gobbler at 25 yards, I could not free my safety. Finally, I turned the gun over on its side and mashed on the safety button with all my might. That worked—but the turkey also saw me. I had to shoot him quick.

It worked out in my favor. Come to find out, the trigger group in my gun—for some reason still unbeknowngst to me—was not absolutely, fully in place, and that must’ve had my safety in a bind. I pressed on it, and it moved ever so slightly. We’re talking less than a millimeter. My guess is some tiny piece of grit, left over from cleaning, worked itself into a spot where it shouldn’t have, and that caused the problem. Regardless, the safety is working just fine now. Hansen insists that hearing my whispered cussing fit—which he did a great job of editing out of the video—was worth any anxiety I may have felt at the time.

See all the photos and video from this hunt on the Field & Stream Facebook page.