Video: Story of a Doe

Buck fever hits us all a little differently. I get a good dose of it when a deer I want... 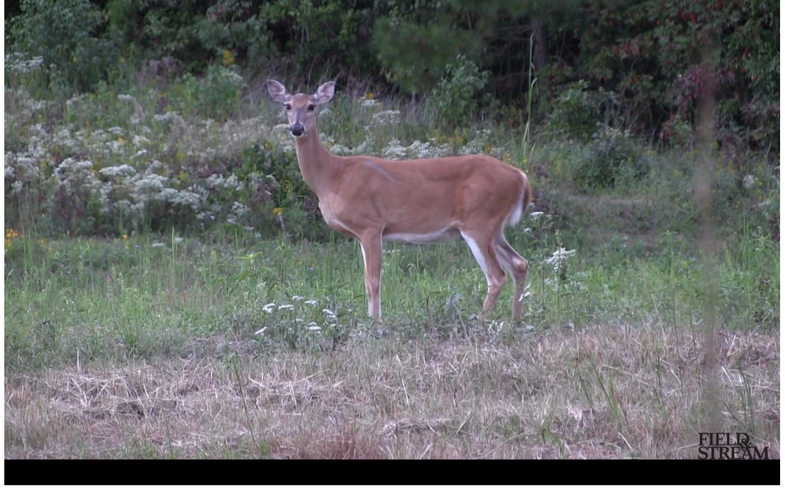 Buck fever hits us all a little differently. I get a good dose of it when a deer I want to shoot starts walking into range, but I can usually pull myself together for the shot. Afterward, I fall apart again. One November morning years ago, I grunted in a big 8-pointer, arrowed him at 25 yards, and watched him fall dead 70 yards away. I leaned right over and puked out of my climbing stand.

I don’t normally like puking, but I wouldn’t trade that feeling for anything.

Most deer hit through the lungs with an arrow die either within sight or just out of it, and a profuse blood trail will lead the way right to them. But most is not all.

A year to the day after I killed the 8-pointer that made me puke, I shot another 8-pointer. I was hunting up in the hardwoods, and the buck came trotting in, nose down on a drag rag trail I’d made, at 1 in the afternoon. I hit full draw, bleated with my voice to stop him, and shot him behind the shoulder at 15 steps. He ran away, tail-up, as if untouched, and kept going until I lost sight of him.

Adrenaline-fueled excitement was replaced by angst. My arrow was bloody, but there was nary a drop of red to be found on the ground. I only found that buck by doing a solo grid search. He’d gone 200 yards. There wasn’t even much blood where he fell dead, but he had a broadhead hole through the center of both lungs. Even the craftiest outdoor writer can’t explain things like that, but experienced hunters know that sometimes we have to deal with the unexplainable.

Other times, we just don’t see exactly what we think we’re seeing. Everything felt right when I settled my 20-yard pin on the big doe in the video the other evening. From my view, the shot was perfect. The doe ran, tail tucked, for 70 yards and stopped. I assumed she was about to fall. Instead, she walked to the edge of the timber and bedded down. Again, excitement was replaced by angst.

I was self-filming that hunt—a process that I both love and hate. There are already plenty of details to worry over when you’re trying to kill a whitetail with a bow and arrow. A camera and tripod doesn’t make it easier. But when it goes right, the footage allows me to share stories and experiences from a hunt in a way that words simply cannot. To get that, I’ll deal with the hassle.

But that night, I was glad that the camera was running for another reason: the footage gave me reassurance. I drove home to give the deer some time, eat dinner, and review the video. I realized that while it wasn’t the 10-ring hit that I’d thought—it was 2-3 inches back and an inch low—it was still through the vitals. I grabbed fresh batteries for my light, and even bought a 20-pound bag of ice ahead of time. My doe wasn’t where I’d first seen her bed, but I found her just up the hill from that. She hadn’t gone 150 yards from where I shot her.

There’s a moment in bowhunting when the angst goes away and the adrenaline returns. That moment may be the best of them all.