Welcome to Our Hunting Blog

I accepted my job as Field & Stream’s hunting editor in early March, right before turkey season. As always at... 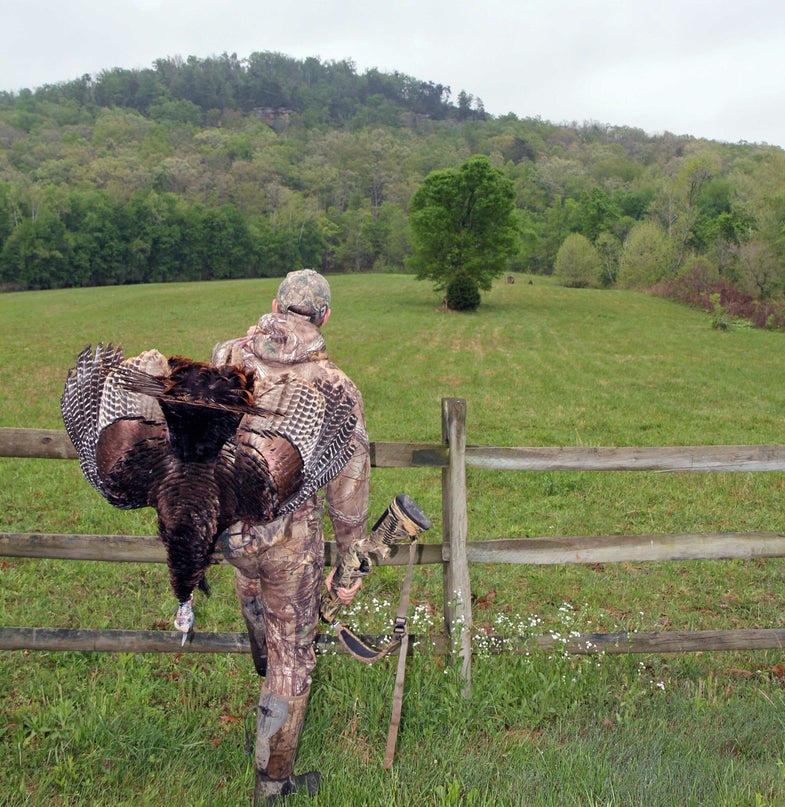 I accepted my job as Field & Stream’s hunting editor in early March, right before turkey season. As always at that time of year, I had a bunch of prep work to get done at the farm. There were clover plots to fertilize, blinds to set, trail cameras to hang—a never-ending list of chores that require me to be outside, rather than at my desk, on a 60-degree afternoon.

When I got to the farm, Dad’s tractor was parked in the drive, and he and his neighbor Ronnie were kneeling on either side of it, covered in various grades of grease. They needed a break to talk about turkey hunting.

I hadn’t seen Ronnie in a year or more. He used to let me squirrel hunt behind his house—but only if I’d leave him a couple young grays each time, and only then if I shot them in the head with a .22. He strongly disapproved of shot-up squirrels at the dinner table. He also showed me a fast way to clean them without getting hair on the meat, which is arguably worse than shot.

That hunting tip—squirrel skinning—was the first story I ever sold to an outdoor magazine. Standard procedure for a new writer is to interview an expert source on a given topic, and so I interviewed Ronnie. He may not have known anything about elk or antelope, he didn’t have a hunting show on TV, and he wasn’t on a pro-staff. But on topics born in the Kentucky hardwoods—skinning squirrels, setting deer stands, following blood trails—no one was more of an expert. I spent years soaking in advice from guys like him and my dad, and their lessons built a hunting foundation that’s served me well, wherever I’ve been.

I don’t think it’s a hunting editor’s job to be an expert on all things hunting—much as I’d like to be. But it is my job to know enough to recognize an expert when I see one and to ask the right questions. Experts are always localized; nobody knows it all. And the best of them can get you excited about hunting simply by talking about it.

“I’m proud of you, son,” Ronnie told me when I got the job. “You’ve always had the hunt in you, and it’s good you’ve made something of that.” But I could tell he was restless standing next to the tractor. “Let’s go sit on the porch and talk about turkey hunting, where we can have us a damn beer.”

That’s exactly the atmosphere we want to build here on Tagged Out. If we can get you excited about hunting so you’ll want to get outside more often, have a little more success, and hopefully introduce someone new to the sport, then we’ve done our job. We’re going to cover the spectrum of topics here, from bullfrogs to bull elk—and maybe some other types of bull as well. Because you can’t have a hunting blog without a little of that.

I hope you’ll join us.