When Secretary of Agriculture Tom Vilsack introduced the new Regional Conservation Partnership Program last year, he framed it as a... 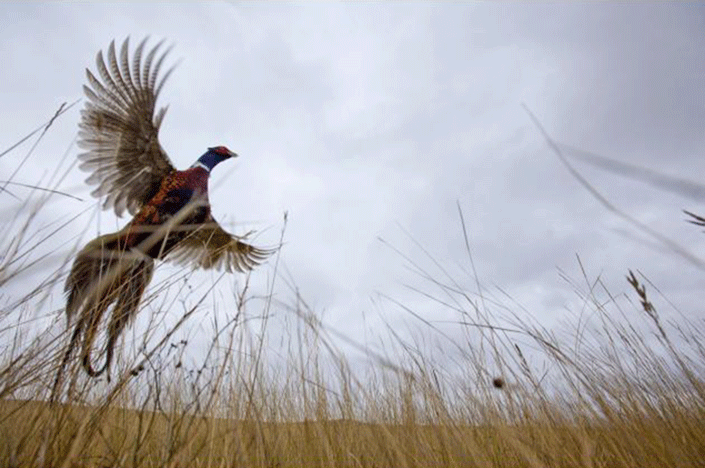 When Secretary of Agriculture Tom Vilsack introduced the new Regional Conservation Partnership Program last year, he framed it as a direct challenge to anyone who wants to protect land, water, and habitat: Show us your best and most creative conservation projects. We’ll help finance the best ideas.

It’s a grand plan, but the concept behind the RCCP is simple: The U.S. Dept. of Agriculture will partner with entities–companies, universities, non-profit organizations, local and tribal governments, agricultural organizations, and sportsmen’s groups–who have proposed ways to improve soil health, water quality and water use efficiency, wildlife habitat, and other related natural resources. It’s a large-scale way to protect land and water in the U.S–and the benefits for fish and wildlife are potentially huge. Field & Stream Conservationist bloggers Hal Herring and Bob Marshall gave specific examples in posts last week, showing how a Lake Erie water improvement project can result in better upland bird hunting, and why a grant to rice farmers will directly benefit the nation’s waterfowl.

Vilsack discussed the program with Field & Stream when he kicked it off last June, pointing out that his department is looking to invest $1.2 billion over the next five years. “This is a new approach to conservation,” he told us then. “It’s not unlike a venture capitalist who is looking for the new deal, the new product, the new way of doing business–and is willing to invest resources in making it happen.”

Two weeks ago, Vilsack announced the first round of approved proposals, with more than $370 million going to 115 conservation projects in all 50 states.

He estimates that organizations behind these projects will put more than $400 million into them–meaning that nearly $800 million will be invested in the nation’s fish and wildlife habitat, with much more to come.

Field & Stream spoke with Vilsack to get an update on the RCPP after the first round of approved projects was announced:

Executive Editor Mike Toth: You had a strong initial reaction to the RCCP’s introduction–600 pre-proposals from all 50 states. Your thoughts on that?

Secretary of Agriculture Tom Vilsack: It reflects the fact that this is a new era in conservation at the USDA. It shows the strength of our feeling that partnerships engaging folks at the local level will help identify where their priorities are, and where they think solutions should be focused. I think it clearly shows that the leverage potential of the RCCP–we are fairly confident that the $372.5 million will be matched at least dollar for dollar. So we are looking at a potential ¾-million-dollar investment in some very significant projects that will impact all 50 states. We’re excited about this, and I’m particularly pleased that so many of the projects will positively impact water quality and quantity.

Toth: What did you learn after examining the first round of proposals?

Sec. Vilsack: Given the number of quality projects submitted, what we are now doing is trying to think creatively about how to use other tools that we have, and other resources that we have, to help those who didn’t necessarily get specific funding under the RCPP. Two things come to mind: One, there a great deal of conservation dollars available in individual states, so we can take a look at programs that didn’t get funded and try to use traditional resources and streams of money creatively to try to advance a plan working closely with the farm service agency office and using CRP funds. Two, those who didn’t get funded will have an opportunity this year to apply for the 2016 resources, so that there’s not a significant loss of time between now and the next round of funding.

Toth: It seems that the project is giving you insight into conservation needs in the country.

Sec. Vilsack: That’s a good point. We are learning much more about what needs to be done, because we’ve stimulated the community to be engaged at a multitude of levels and a multitude of interests.

In the past, let’s say I would be the NRCS person and you would be a farmer. You’d walk along your land and you might decide that you have a problem. You would pick up the phone and call the NRCS office, and I would come out, and we would discuss your individual farming operation, and the individual problem that you’ve identified. And we would provide cost share, and you would do certain things on your farm that would address the problem.

The problem with that approach is that it’s not coordinating with what your neighbor is doing. Nor does it give you encouragement to do a suite or a series of activities that could profoundly and significantly impact the conservation practices you are undergoing.

By using the RCPP approach, we are including the producers, the landowners, the hunters and fishermen, and those who are interested in preserving land from development. We are basically challenging the community to think comprehensively about how to improve the large-scale landscape.

Toth: What are you hoping to see in the next round of proposals?

Sec. Vilsack: People are going to understand from the round of proposals that have been accepted that you have creative partnerships, you can quantify the leverage of resources, you can point out the specific results, and evaluate the strengths of the projects. People are obviously going to learn what actually gets through the system, and so we’ll see a tightening of the applications, and we’re hoping that we’ll see an increase in interest throughout the U.S.

And we hope that the folks in Congress see the benefit, will see the groups like DU that are involved in the program, and perhaps give us greater latitude to use more than the seven percent that they’ve allocated for conservation programs, or even increase the resources overall available for conservation.

There’s no reason why state and local governments can’t set up a companion program like this. There’s no reason why they can’t take several million dollars of their natural resource money, throw it into a pot, and say, “Go at it with your best applications, and your best projects, and we’ll fund the best of the best.”

Field & Stream readers need to understand that they have the power–with their local PF chapter, or TU chapter, or whatever–to stimulate these kinds of projects in their communities. They ought to be thinking about ways in which they could take advantage of this program. And they ought to exercise that power.