And now, some unexpected good new for fish, wildlife, sportsmen—and all Americans. The Supreme Court tells America our moms were... 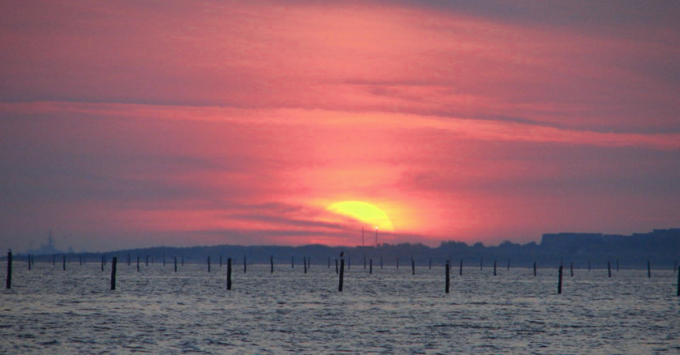 And now, some unexpected good new for fish, wildlife, sportsmen—and all Americans.

The Supreme Court tells America our moms were right: We must clean up after ourselves. OK, maybe that’s not the exact legal precedent behind the court’s decision not to interfere with the long-delayed cleanup of Chesapeake Bay. But it is the very important result.

The Chesapeake—one of the nation’s most environmentally and culturally important estuaries—is in serious trouble. For centuries the waste from industrial, agricultural and urban/suburban development exploding in the surrounding states has been flowing into the bay. Fisheries production was declining, and dead zones were expanding. The bay was dying.

In 2008 the Chesapeake Bay Foundation sued the EPA, demanding that it enforce pollution regulations as required by the Clean Water Act. In 2009 the EPA agreed to a settlement with the foundation and the seven states to begin a program to reduce and/or cleanup the runoff flowing into the bay.

The organizations representing some of the polluters didn’t want to spend the money to clean up their mess that was polluting our water. So they sued, claiming Congress never intended the Clean Water Act to be used this way, that this amounted to a taking of private property—and could become a slippery slope for the federal government reaching into every corner of the country making people clean up their mess.

District federal courts quickly sided with sportsmen, so the polluters appealed to the Supremes—and then things got very revealing.

Eventually, at least 21 states joined the fight—to stop the cleanup!

Their political leaders worried that if sportsmen around the Chesapeake could force industries in their states to follow mom’s rule, the same might happen in their home waters—not to mention their air and lands.

Obviously, there was a lot at stake here. The critical need for national environmental regulations rests on the idea that some resources part of the public trust—so important to the nation as a whole they must be protected and managed for all of us.

There has been a very vocal movement in the more conservative areas of our politics to do away with that idea altogether—to allow the states to have whatever regulations they want, or none at all. The echoes of that philosophy have been well covered here in the recent push to give away national lands to the states, or sell them to private holders.

So as the number of states siding with the industries grew, so did the anxieties among sportsmen and others whose traditions depend on national managed of our public property. And when the Supreme refused—without comment—to hear the appeal, there were more than sighs of relief—there was a well-deserved celebration around the bay, and the nation. But as always, the issue isn’t dead just yet.

This cleanup will cost many billions over the years. It’s important for sportsmen and other conservationists to show their support when governments turn to citizens to help pay the bills for better control of everything from livestock production to lawn care.

And when people and industries complain, just tell them we’re only following one of the oldest lessons our mothers taught us: Be sure to clean up after yourself.