There are some reports coming out of Congress that will be shocking to many sportsmen: Bipartisanship may be breaking out... 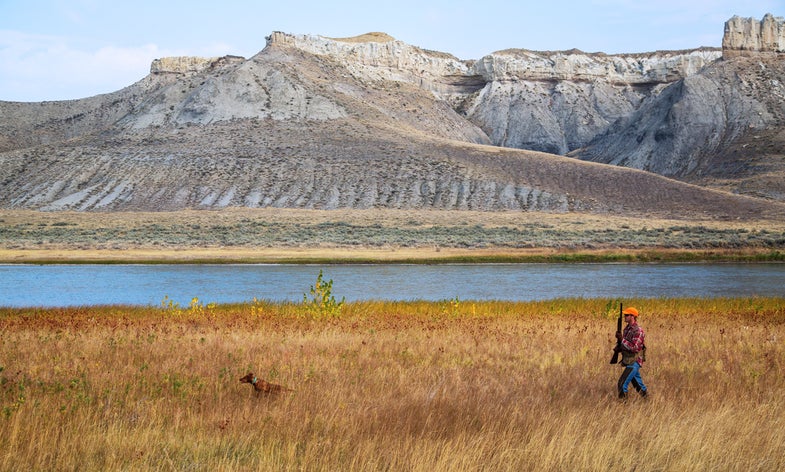 There are some reports coming out of Congress that will be shocking to many sportsmen: Bipartisanship may be breaking out over the new energy bill, and fish, wildlife, and outdoors folks could be the big winners.

Well, maybe you need a refresher.

It’s when both parties work together to accomplish something for the common good, despite their many differences. Lately, of course, the only thing both sides agree on is that the other side has forsaken bipartisanship.

That endless cycle is on the verge of being broken by the energy bill, which is just one or two stumbling blocks away from passage. Sportsmen need to tell their delegations to clear those blocks because the broader bill now also contains this: The Public Lands Renewable Energy Development Act.

-It sets out a plan for measured development of the new frontier in energy recovery, and guarantees wildlife and outdoor recreation are being considered on the front end.

-It provides that wildlife concerns, such as migration corridors, are not ignored in solar, wind, or geothermal developments. This is a key because both wind and solar energy creation can require vast acres of land, and present threats to avian as well as terrestrial wildlife.

-It would return 35 percent of all royalty payments to fund fish and wildlife habitat restoration, ensuring hunting and fishing access on those public lands. This was accomplished by agreeing to send 25 percent to the states, 25 percent to the counties, and 15 percent to the permitting agency to provide timely processing.

“This is a very thoughtful bill that sportsmen have been working on for a number of years,” said John Gale, Conservation Director of Backcountry Hunters and Anglers. The coalition has included most major outdoors groups, including Theodore Roosevelt Conservation Partnership, and the National Wildlife Federation, he said.

“It helps ensure that wind, solar and geothermal are appropriately situated to avoid conflicts with fish and wildlife.

“We don’t want to have big wind farms in the ideal flight corridor for waterfowl, or solar fields blocking a wildlife migration corridor. We had plenty of cooperation from both sides (committee chair Lisa Murkowski [R-AK] and ranking member Maria Cantwell [D-WA]) who saw the importance of getting this right.”

Gale said both leaders also saved the effort by keeping their troops in line during the amendment process. “There are always attempts to put ‘poison pill’ amendments on this bill that can kill the whole thing, but they did a great job keeping the rank and file in line,” he said. ‘Now we have just a few more hurdles.”

It’s no surprise the largest hurdle has nothing to do with energy. It involves the discussion of what to do about removing lead from the Flint, Michigan, water supply. An amendment for Flint was attached to the bill because it looked like a fast track to the president’s desk, but the parties disagree on how it should be paid.

In the meantime, Cade says sportsmen should use the suspension to contact their delegation and urge them to make sure this bill—and the Public Lands Renewable Energy Development Act—get to the president’s desk.

You can find out how to do that at contactingthecongress.org.