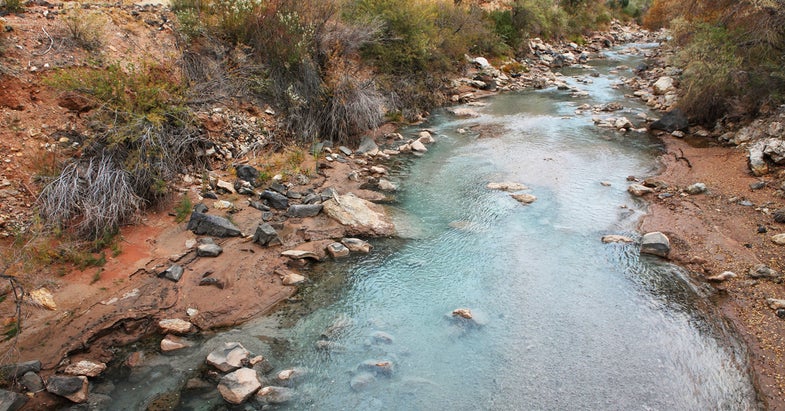 That’s not a message sportsmen’s conservation groups have been able to post very often over the last decade or so. But it’s certainly one they have earned in the battle over saving the Land and Water Conservation Fund.

An effort to kill this vitally important conservation program is running into trouble – thanks in large measure to the voices of outdoors folk like you.

For 50 years the LWFC had been the shining star of bi-partisan support (remember that?) for conserving America’s outdoor recreational lands – the very foundation of our world-best hunting and fishing traditions. It dedicates a small portion of royalties the nation collects for offshore oil mineral development to purchase and conserve lands for national recreation areas, and sends another flood of money to states and counties for their own recreation projects.

The fund has an annual cap of $900 million, but Congress typically funds it for far less – about $300 million on average.

Since its inception in 1965, that has meant roughly $16.8 billion for sportsmen and other outdoor recreationists – including $3.9 billion for more than 41,999 state and local projects.

Many sportsmen are unaware of the impact this program has had in their own states. If you’re not, you can get an eyeful by going to this LWCF web page. The fund has seldom been a political issue. It’s original concept was simple: Use profits from harvesting some natural resources to protect other natural resources – along with the nation’s deep tradition of loving outdoors spaces and recreation. Polls show fully 72 percent of the electorate support the program.

But in September Rep. Rob Bishop (R-UT), chairman of the House Natural Resources Committee, decided to defy this widely held American opinion and block the fund from being reauthorized. So on Sept. 30, it died.

Bishop is one of those Western Republicans who believe there is too much national land out West, who harps on the statistics showing 30 percent of the landmass is owned ” by the federal government,” including a majority of some states. And they claim the lands are being mismanaged by federal agencies that have backlogs of management work totally in the billions.

Naturally, they forget to point out the “federal government” is you and me – the citizens of the U.S. who are part owners of this land. And they conveniently mis-remember that in most cases these lands were owned by all citizens when these states petitioned for entry into the Union – and that keeping them national lands was part of that deal. And they never admit that since then we taxpayers have spent billions maintaining, and in many cases improving, this property for all of us – a process that has returned many millions to the states involved.

And, of course, the biggest reason for that backlog in management work is because congressmen like Bishop have spent decades refusing to adequately fund the federal agencies changed with managing these properties for all of us.

Finally, what Bishop doesn’t mention is that in 2009 he requested $500,000 of the fund be used to buy additional federal lands for the Bear River Migratory Bird Refuge in his district.

Bishop has since introduced his own bill that would reauthorize the fund, but with a new set of priorities that USA Today summarized this way:

-Increase to not less than 45 percent the portion of funds designated for the Stateside Assistance Grant Program, which helps pay for local recreation projects. Bishop argues this shift will return the fund to its original focus, which were local projects. Over the lifetime of the fund, some $4.5 billion — about 25% — has been spent on local projects.

-Create a new program to provide grants of up to $2 million for cities to build and maintain recreational facilities, with priority given to economically disadvantaged communities.

-Limit federal land and water acquisition to not more than 3.5%. Only in-holdings – land that abuts existing federal land – could be purchased. And no more than 15% of the acreage could be west of the 100th meridian, which runs from North Dakota through South Dakota, Nebraska, Oklahoma and Texas.

-Promote offshore energy exploration to ensure the stability of the offshore royalties that provide the revenue for the land and water fund. At least 20% of the fund’s annual allotment would go toward establishing pilot offices to streamline offshore permits and to establish an Offshore Energy Technology Hub to foster collaboration among regulators, academia and industry.

Not more than 3.5% of the fund would go toward reducing the $18.8 billion maintenance backlog on federally managed land. Conservatives have argued the federal government shouldn’t be acquiring additional land when it can’t maintain what it already owns.

And at least 15% of the annual fund would go toward the Payment in Lieu of Taxes program, which provides support to communities that lose tax revenue because a large percentage of the surrounding land is government owned and therefore tax-exempt.

Finally, the fund would expire in 7 years.

Well, it turns out there isn’t the groundswell of support Bishop was expecting fro his fellow Westerners – even his fellow Republicans.

Sen. Richard Burr (R-N.C.) put it succinctly: “It doesn’t live in the spirit of why LWCF was created, and I think the claims that he’s made just don’t hold water about how the LWCF has been used.”

Now, everyone knows what is behind the push by some Western pols to grab federal lands. It isn’t, as many claim, that states can do a better job of managing them. It is no coincidence the same pols beyond this push also want to allow more mineral extraction on those same lands. And anyone who thinks states can do a better job of fighting Big Oil and mining than the feds has likely been in a deep coma for the last 40 years.

Make no mistake, this fight isn’t over by a long shot. But sportsmen need to keep up the pressure. Contact your congressional delegations and tell them the LWFC has worked for the nation – and your state – for 50 years. It’s the reason we still have places to hunt and fish.

And they should care about that.